"Nikki" and "Sharon" Answer Your Questions on Facebook Live! - globaltv
Your browser is not fully supported. We do our best to optimize our websites to the most current web browsers. Please try another browser. ×
IN PARTNERSHIP WITH

The Young and the Restless- Episode 11111

Nikki and Sharon have been feuding on Y&R for years. There have been physical fights,  low blows, vases thrown, and more recently, milk dumped on Nikki’s head. These two just can’t get away from each other. However, the new writing team has taken an unexpected turn withtheir storylines, with Nikki and Sharon making a truce. Will it last? Only time will tell. In the meantime, Sharon Case (Sharon) and Melody Thomas Scott (Nikki) took to Facebook Live to answer their fans most burning questions.  They give an inside look at what it’s like to film the #1 soap. Did you know that most Y&R actors have a bad habit of reading their lines the morning before they film a scene? Or that Melody will steer young Y&R actors away from the acting business unless they can answer one question correctly?

Watch the Facebook Live here, or by clicking the photo below. Watch the milk scene below to re-live their most recent fight. 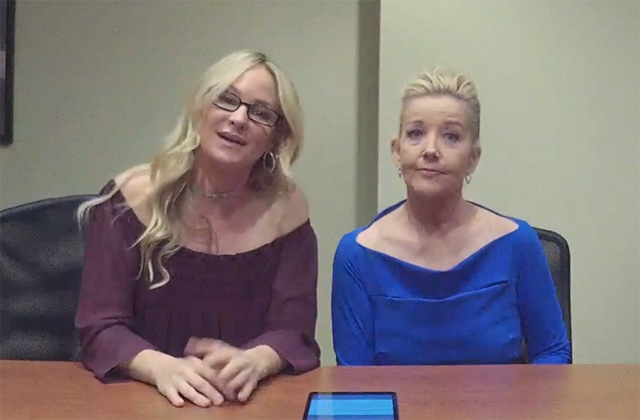