Lauren and Eric Forrester Answer Your Questions Live! - globaltv
Your browser is not fully supported. We do our best to optimize our websites to the most current web browsers. Please try another browser. ×
IN PARTNERSHIP WITH

Young and the Restless fans have been hearing whispers that Eric Forrester would be appearing on a Y&R. The rumours were true – Eric Forrester did indeed show up in Genoa City on some very important business. Ahead of the Bold and the Beautiful and Y&R crossover episode, John McCook (Eric) and Tracey Bregman (Lauren) sat down to answer fan questions on Facebook Live. Fans watched and commented in real time as they answered questions and reminisced on old times. There’s no doubt that these two have a great comradery that comes alive on screen.  The crossover episode aired January 26, 2016. 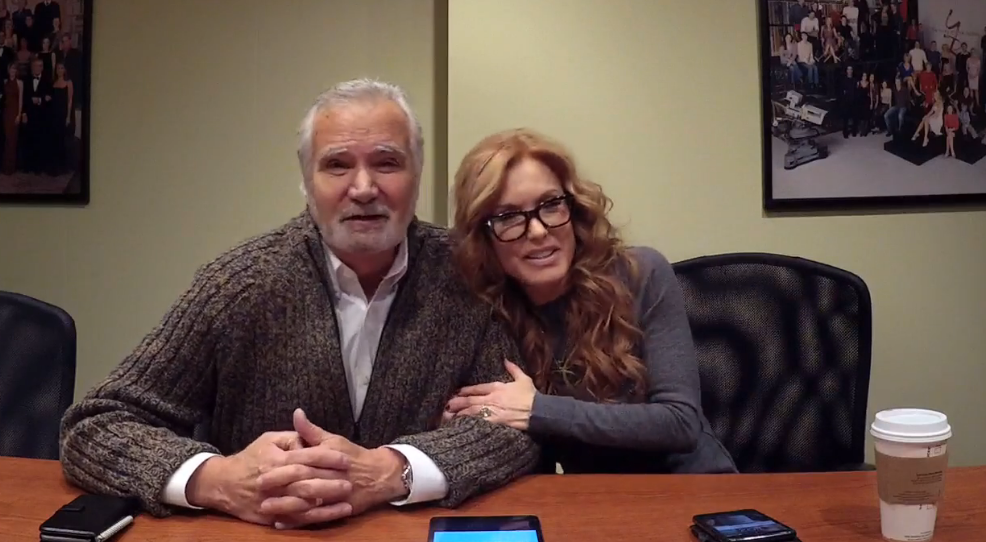 Find out what happens next on The Young and the Restless, weekdays on GlobalTV.com or the Global Go app.