Exclusive Y&R Interview: Gina Tognoni Kiss and Tells About Billy And Jack! - globaltv
Your browser is not fully supported. We do our best to optimize our websites to the most current web browsers. Please try another browser. ×
IN PARTNERSHIP WITH

The Young And The Restless’ Phyllis has had a wild few years with Jack and Billy — and the drama doesn’t seem to be letting up anytime soon. Still glowing over her Daytime Emmy win, portrayer Gina Tognoni reveals what it’s like to work with Peter Bergman and Jason Thompson, what she thinks of Phyllis and what’s so great about #Philly.

Say what you will about Phyllis, but Gina Tognoni would totally hang out with her character. “Phyllis is flawed and yet she’s still a girl you want to have a conversation with,” she insists. “Sure, she gets a little obnoxious. But… she’s fierce. When she’s your friend, she’s your friend. She’ll fight to the end for you. But if she feels betrayed? Oh no, she’s going to act out — because she has a lot of history of rejection and betrayal.”

Last year was a banner one for Phyllis, who had to relive her time with imposter Marco on the stand and then fell into bed with Jack’s brother. Phyllis’ volatile breakup with Jack was all about betrayal — and won Tognoni her first Lead Actress Daytime Emmy! “The stuff I submitted wasn’t very pretty,” chuckles the actress, who also boasts two Supporting Actress wins from her run on Guiding Light. “The scenes were full of rage and just in your face. I wasn’t sure how people were going to receive it. It was a lesson: Sometimes, those performances in which you really push and stretch yourself pay off.”

RELATED: The Daytime Emmys AfterParty on ‘The Talk’ 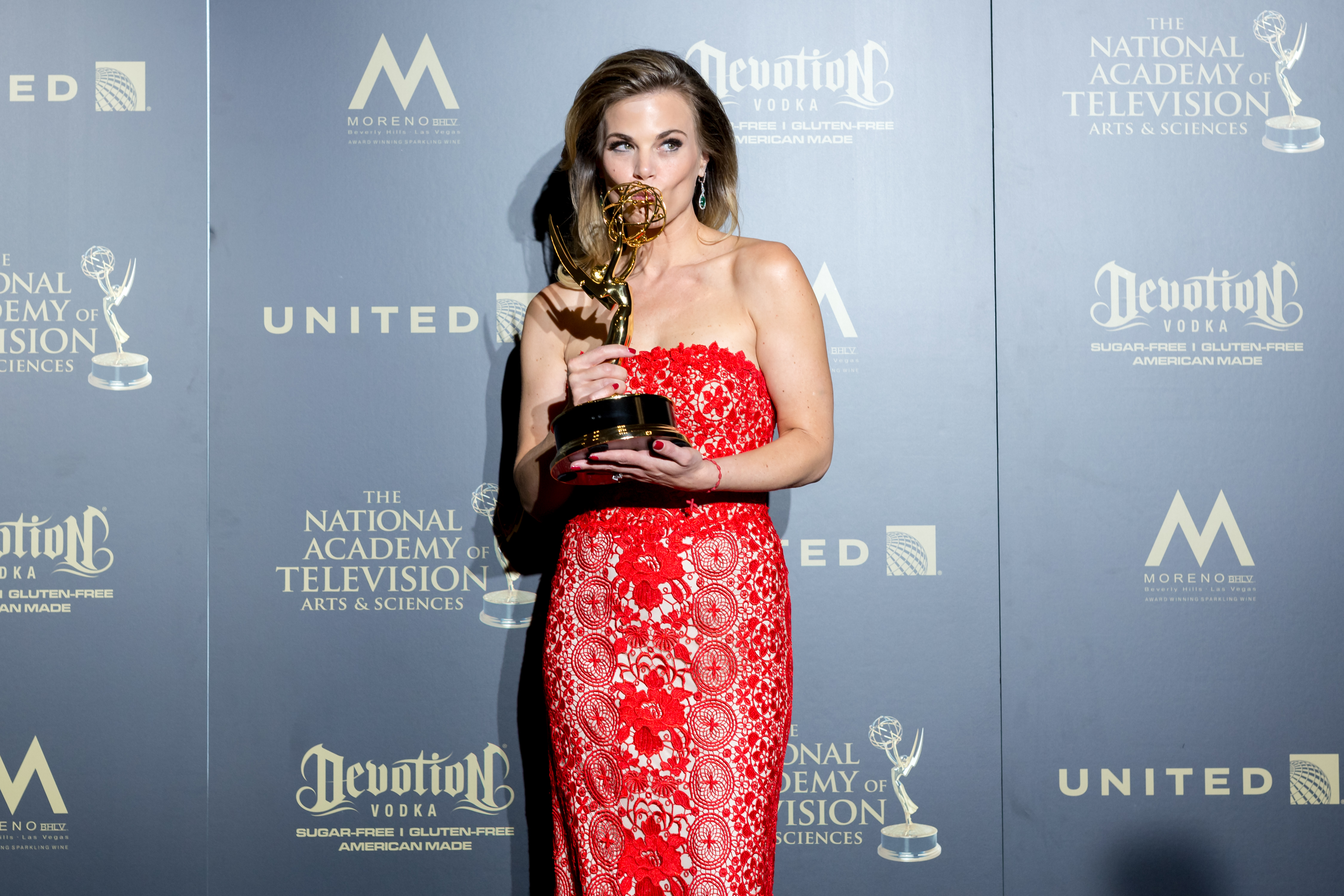 Needless to say, Tognoni’s glad she’s only PLAYING Phyllis and not living her pain. “Thank God, I haven’t had that type of betrayal on an everyday basis,” she sighs. “Where you pull from, you just don’t understand. She was in a crazy situation. She had Marco and all of these outlandish, unfair things happening to her. It was wild, but you have to find a way to ground it and make it relatable. That’s the part of acting I enjoy, because I get to touch people and make them feel something.”

Now, Phyllis is facing Billy’s betrayal — which means “Red” is in for yet another changeup. As fans noticed, Tognoni went blonde after the big divorce. “Our incredible, creative exec producer Mal Young said, ‘You were Jack’s Red. You’re turning the corner. You’re going to go a bit rock and roll!'” she recalls. “A lot of people missed it, but I did not miss the maintenance!”

And now? Phyllis’ drama has inspired a serious chop! “When I change out my hair, it’s always around story, somehow,” Tognoni reveals. “And Phyllis was due for a very significant change.” 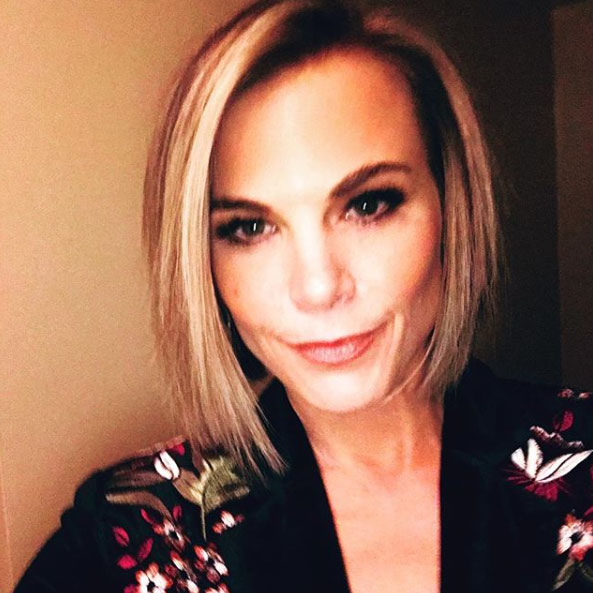 It’s a lucky woman who finds herself in a triangle with Peter Bergman’s Jack and Jason Thompson’s Billy. “Both are incredibly professional — as we all are here,” Tognoni raves, and as is oft the case, her costars are nothing like their characters.

“Jason could not be more 180 than Billy,” she reveals. “He’s one of the most thoughtful, kind, considerate, humble, good men. He talks about his wife constantly and he’s so excited about baby #2, who just arrived. He loves being a father. He’s 1000 percent devoted to that. It’s all about family.”

As for Bergman, she smiles, “You know how Jack is always cutting you off and it’s always his way? Peter couldn’t be any more opposite. He wants to hear about your day and asks how your husband’s doing. Not only is he a gentleman, but you always have an interesting conversation with him.”

The onscreen brothers aren’t just different from their characters, but each has his own approach to the work. “I’ve always said if Peter wasn’t acting on the show, he could have had a career as a teacher,” the actress gushes. “He has an incredible capacity to understand what the scene is about and where the moments are. It’s just a tremendous gift to have a partner who says, ‘Have we thought about this moment? How can we really make this dynamic?'” 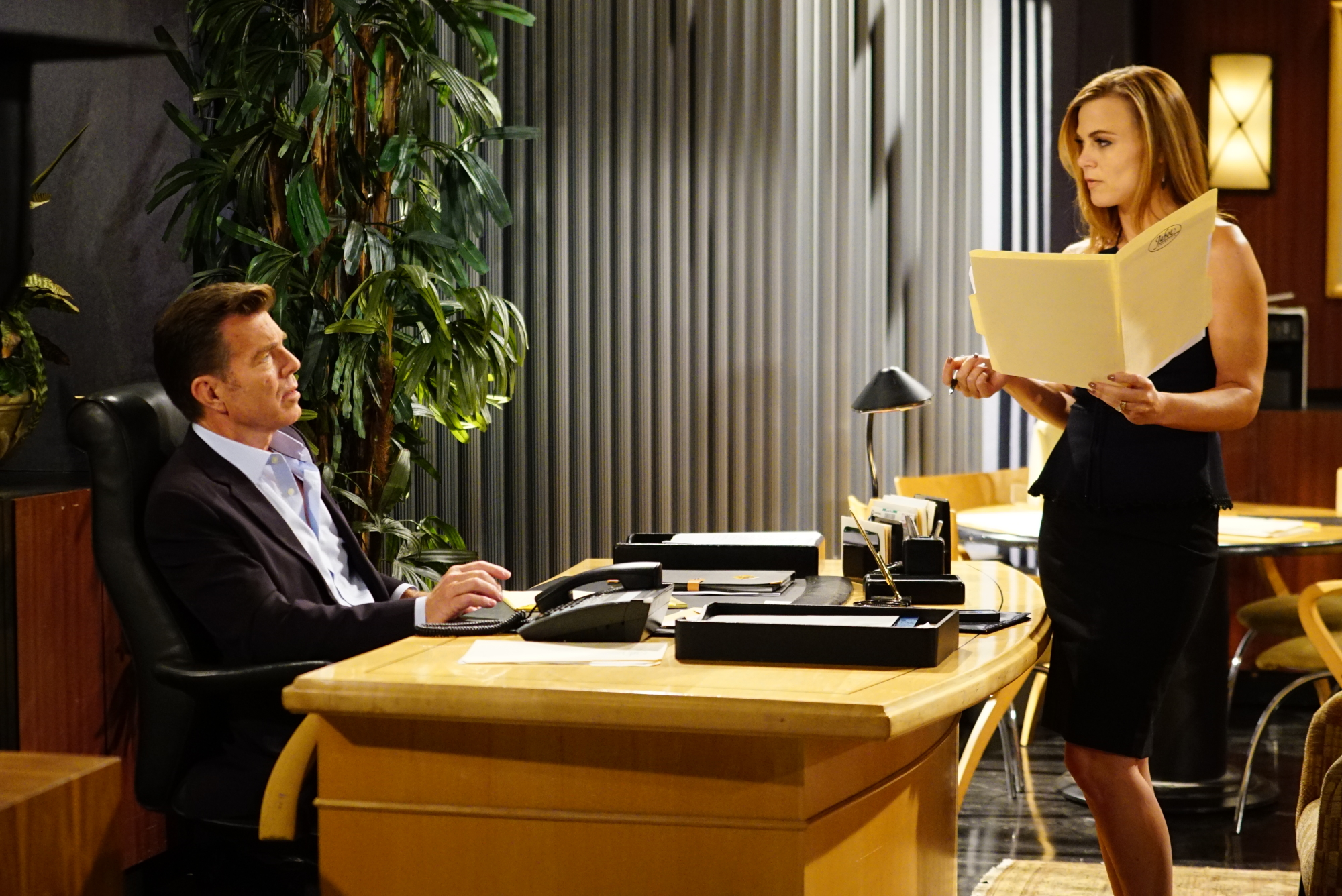 Thompson, in contrast, often surprises Tognoni. “Jason works on instinct, quite a bit,” she explains. “It’s fun to watch! There isn’t a ton of discussion. We just get in there and start creating. Whenever we have heavy scenes or when it’s important to communicate where we are in a relationship, we’ll sit down and discuss it really quickly — and then we get it on its feet as quickly as possible. We just get up and go, instead of talking about it.”

With Phyllis back in turmoil over Billy’s business betrayal, Tognoni hope’s the big haircut doesn’t mark the end of Philly, just yet. “Right now, there’s a lot of trust issues again,” she admits. “But Billy’s very supportive of her and seems to know how she thinks. Jack does too, but he sometimes tries to control her. With Billy, she has such a different chemistry — and it’s not just physical, even though they always send those two off to the bedroom!

“Billy almost sees the inner child of Phyllis and gets her to surrender, very often,” she continues. “She just has a different type of lightness to her when she’s with him. Sometimes, you can turn on Y&R and it’s felt like the two of them are just bouncing around. It’s not so drama-ridden and ‘Woe is me.’ She let’s her hair down with him and I’ve loved showcasing that side to Phyllis. But where that’s going to go? I have no idea.” 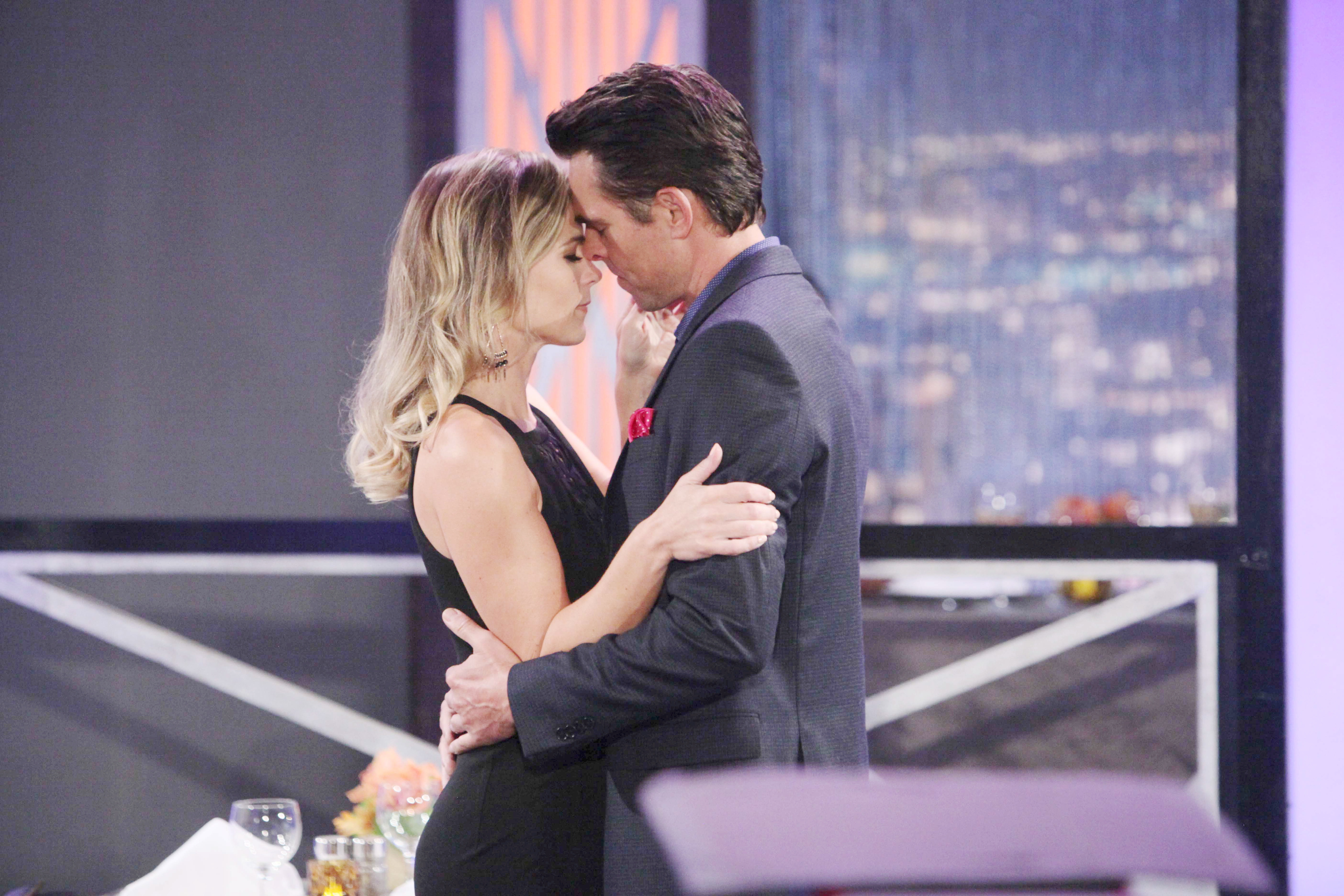 Fans will have to tune in to find out. In the meantime, be sure to follow Tognoni on social media. “When I was 19, we still wrote letters,” says the beauty, who goes by @ginatognoni on Twitter and Instagram. “When fan letters came in, they’d count it all up and then you knew what your fan count was. Things are very different now! I don’t want to ever post something just to keep up my numbers, but if I can spread anything that’s positive and loving and dwell on that, I’ll post it. It’s a way for me to connect with fans and I’m blessed to do what I do. I love it!”

Check out Gina’s Emmy Reel below!

What happens with Phyllis next on The Young And The Restless? Find out weekdays on GlobalTV.com or the Global Go app!