Exclusive Interview: Eric Braeden on Y&R, His Tough Past, and His New Memoir I’ll Be Damned - globaltv
Your browser is not fully supported. We do our best to optimize our websites to the most current web browsers. Please try another browser. ×
IN PARTNERSHIP WITH

You can’t mention The Young and The Restless without conjuring up an image of Victor Newman, hands in suit pockets, pensively looking out beneath his dark, furrowed brows. In the world of soaps, where an actor’s career on a show can be traded for a shocking death in a script, Eric Braeden’s portrayal of Victor makes him indispensable. The enigmatic Victor Newman has accomplished a rare thing, serving as villain and fan favourite all at once. But, who is the man behind the character? It’s a question that fans have been wondering for years. Only now, after encouragement from fans and colleagues, has Eric decided to give them an inside look at his life through his memoir, I’ll Be Damned. “They said you should write a memoir, and I said ‘Who the hell would be interested?’ And then, there it was.”

After reading his personal story, any diehard Y&R fan would be able to see stark similarities between Eric and his character – from his love of boxing to having a tough childhood (growing up in Nazi Germany and losing his father at an early age). After 37 years, one can only wonder if the line between man and character has blurred over time. He admits there’s some truth to the notion, and that in some ways he can be as ruthless as Victor. “If you come after me in any way, I’ll come after you twice as hard. That is deeply ingrained in me when you grow up without a father, as I did, since the age of twelve. You defend yourself and you are very circumspect of what is around you.”

Despite their similarities, Eric isn’t always a fan of his menacing character. “I don’t like him when he’s manipulative and when he’s distant from his children. I don’t mind it if he gives it to Jack-ass Abbot or Billy-boy Abbot; that’s cool. But his family should be off limits, but obviously then we would have no drama.” However, Y&R fans haven’t seen that side of Victor for quite some time. The new writing regime at Y&R have shown us a Victor Newman that’s wise, caring, and family-oriented. For Eric, who once wanted to quit the show because his character was too much of a one-dimensional bad guy, this transition must be a welcome change. “The things that I do like about him is the fact that he is vulnerable at times and precisely vulnerable in those areas that I just described. And vulnerable when it comes to his love life. He has returned to Nikki’s fold for about, what, the tenth time or something?”

Nikki, played by Melody Scott Thomas, will always be known to Y&R fans as Victor’s one true love, no matter where their storylines may take them. The soap ‘super couple’ has an undeniable chemistry, but even Eric finds that their chemistry is just as much a mystery to him as everyone else. “I think once one starts to analyze why something works – you shouldn’t scrutinize it too carefully. It is what it is, and chemistry is there or it isn’t. You can’t create it. We’ve both been very lucky that it is.” 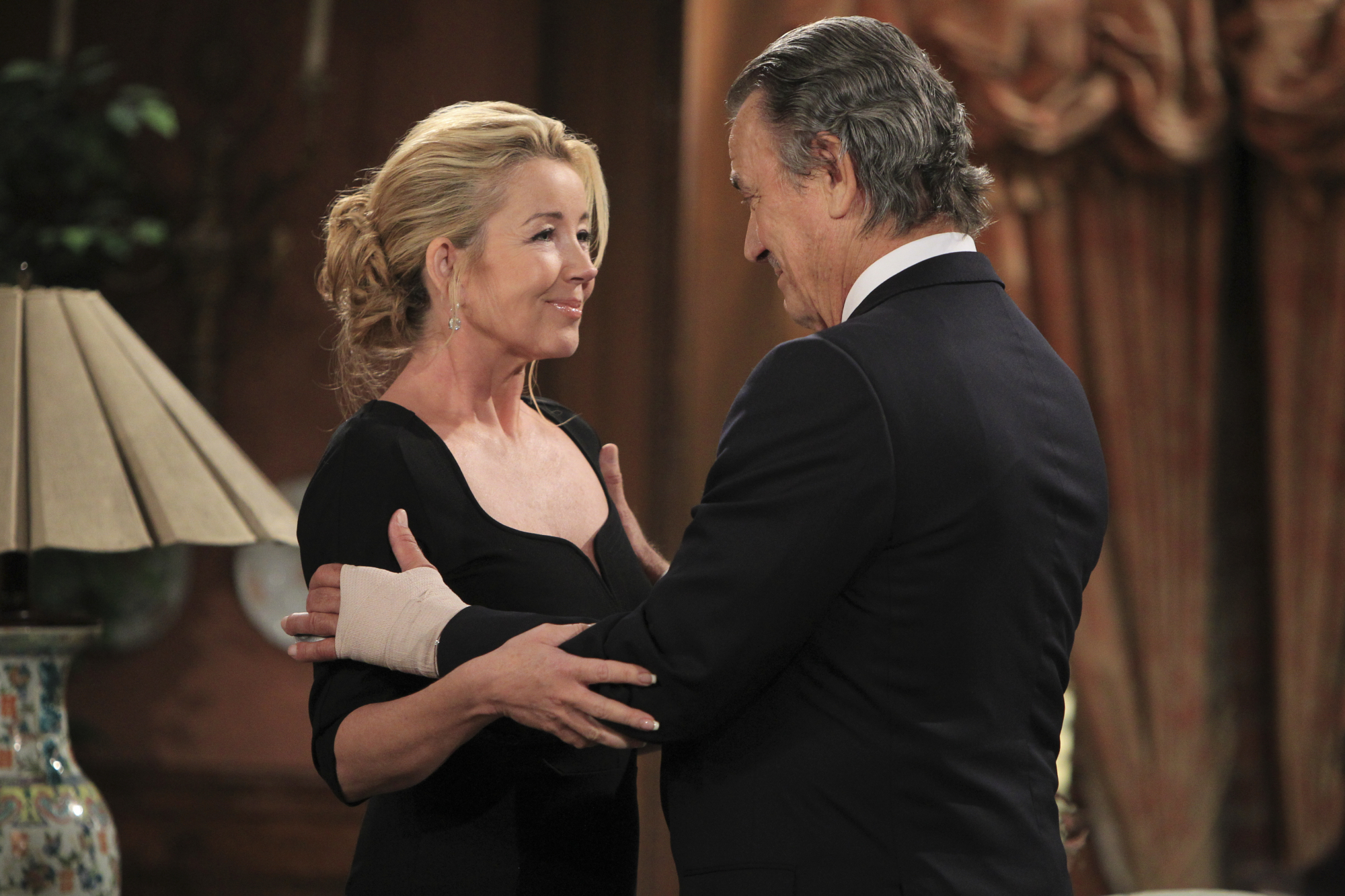 After one conversation with the soap star, anyone would notice that he often uses catchphrases that Victor Newman is known for. “They’re usually mine that I pepper a conversation with.  I guess it crept into the dialogue here and there and people loved it. I’m close to my fans and when they suggested I’ll Be Damned as a possible title for the book, I said ‘Hell yeah.’”

Braeden on the Move

One thing Eric is sure of is where he came from; something he explains at length in his book. “When I do go on vacation, I like to go to Europe. When you leave your country at a young age, something always draws you back. Most of my friends, or certainly older people that I grew up with in the village, they’re gone now. But I like to go back to that village and get on a bicycle or take long walks on the countryside with one of my brothers. I love that. Love that. And I go to the cemetery where my family [is buried] – and it’s full of bitter-sweet memories. Tough childhood, but my roots are there. They’ll never change.”

Aside from going home to Germany, he also has an affinity for France and Canada. “Love to go to Paris….The South of France, I like. I like Northern Italy, the Toscana. But, I must say, I really enjoy coming to Toronto. I’ve always enjoyed coming to Canada. Montreal as well. I find Canadians very pleasant people to be around.”

Speaking to Eric, you get the sense that he’s a well-travelled, cultured man who’s lived a life of fulfilling experiences. It’s no surprise as well that he has admirers from around the globe. He tells of once being at a dinner in Monte Carlo with Prince Albert, where Harry Belafonte introduced him to a family. “And so I went over and shook some hands. And then on the way back [Belafonte] said, ‘Do you know who that was?’ I said I had no idea. He said, ‘That was President Bourguiba of Tunisia and his family.’ I said, ‘You mean, they watch my damn show?’ He said, ‘Yes, they’re big fans.’ That was very surprising, I must say.”

When he reflects on the people he admires most…“I would say meeting Gorbachev was one of the highlights of my life. And Muhammad Ali….One of the most impressive people I’ve met is Shimon Peres, who is the former President of Israel. A wonderful man. And then I would say the German President Von Weizsäcker  [who] was extremely bright and I thought sort of embodied the best that Germany has to offer.” Eric has “enormous respect for athletes” and lists the likes of soccer great Pele and Canada’s own “supreme athlete” George St. Pierre. 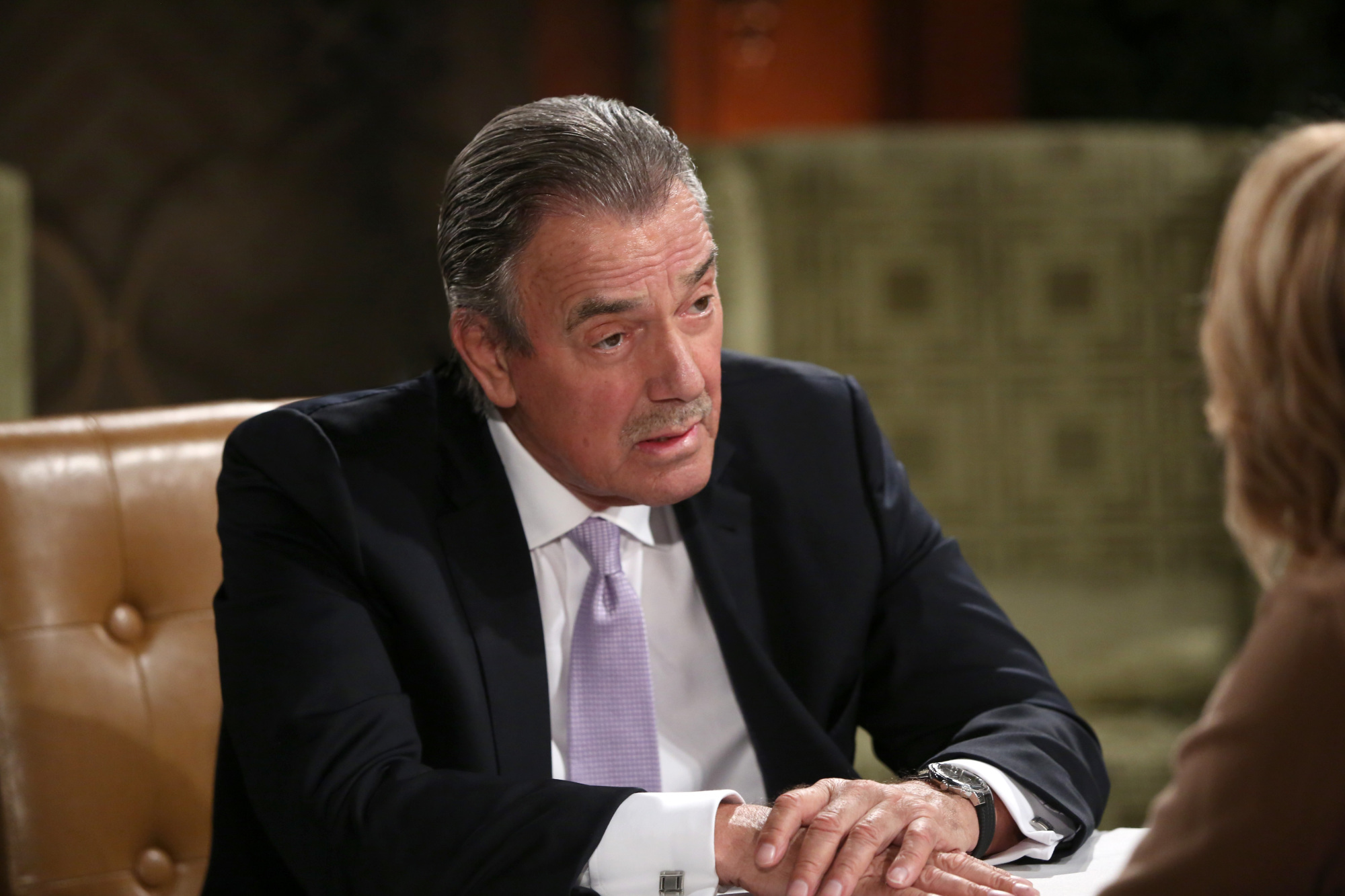 On Politics and the Presidency

No matter the famous company he keeps, and the success he achieves, Eric is rooted by his story; a young German man, who came to America and achieved the American dream. It’s this story that ignites a fire in him when speaking about Trump’s immigration policies today. “It’s based on a simplistic solution to a complex problem,” he says. “If you want to really prevent certain types to come in, then you should go to the FBI and Homeland Security and ask them why the hell did they allow the Boston bomber to fall through their net? Now, all of a sudden you have a ban against all Muslims? That’s outrageous. Outrageous! In other words, be specific about it and ask those agencies to please watch more carefully.”

The idea of a billionaire businessman turned President is one that could tempt the likes of Sally Sussman and her team of writers at Y&R. So what about Victor Newman – is politics on the horizon? “The answer is categorically, no. I’m not someone who would be too kind with the opposition.” From Victor Newman, we would expect nothing less.

“First of all, I would say to do well in what you have chosen to do. Do it honestly and well. And contribute.” His experience has taught him “that what I do makes a difference and that is the most deeply gratifying thing there is.” It certainly does and the fans are in turn are grateful.

Watch The Young and the Restless Weekdays on Global TV at 4:30 ET/PT, or on Globaltv.com or the Global GO App.