Camryn Grimes Opens Up About Growing Up On Y&R and IRL - globaltv
Your browser is not fully supported. We do our best to optimize our websites to the most current web browsers. Please try another browser. ×
IN PARTNERSHIP WITH

“It feels like I’ve come full circle,” grins Grimes, who played Cassie from 1997 to 2005 and returned as Mariah in 2014. “I aged out of the Younger Actress category and this was my first year eligible for Supporting… and I won! I still can’t believe it. I feel like I finally graduated — I graduated from doing the straight comedy stuff into some more serious storylines. It feels good.”

Grimes actually spent her childhood getting into serious drama in Genoa City, so she was at first happily surprised when Y&R started playing sarcastic, quick-tongued Mariah for laughs with Kevin. “It was amazing!” she gushes. “Because I was learning so much from Greg Rikaart (ex-Kevin) and that was a part of myself I hadn’t explored before. To explore something new and then have so many people respond by saying I’m ‘so funny’? No one’s ever claimed that I was funny before. So that was weird — and fun!”

That said, when the unrequited love story that led her to Emmy gold began to unfold last year, Grimes was beyond ready for some drama. “Having explored that new side, I wanted to get back to exercising the other muscle,” she admits. “I enjoy both equally. I was just feeling a little tired of the comedy, because it was all I did. So I’m really happy. I like the balance of having both.” 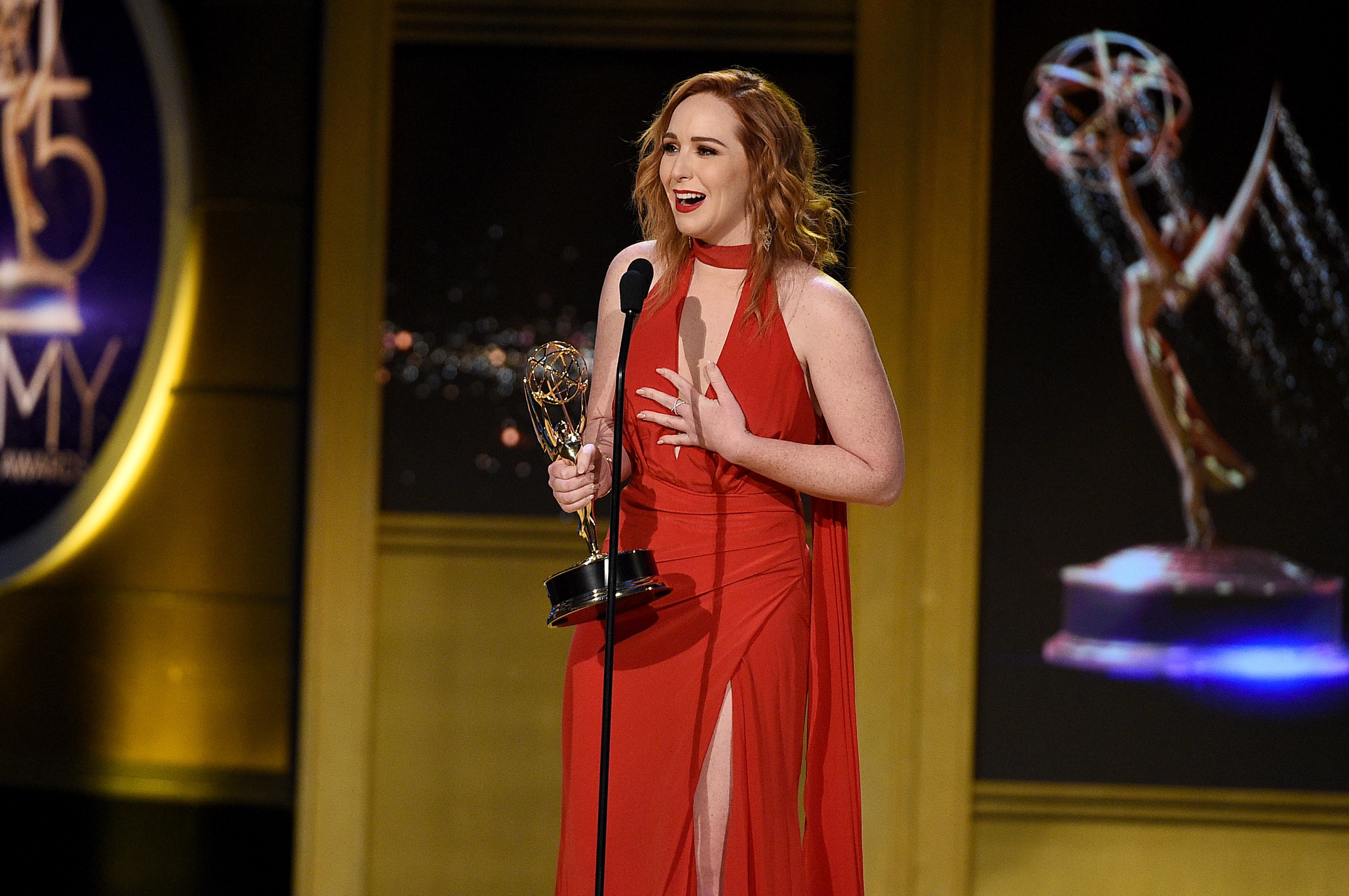 With Hilary’s passing, of course, Mariah doesn’t have much to laugh at these days! She’s been hit by devastating and game-changing drama. “No one wanted Mishael Morgan to leave… but the silver lining is that Y&R turned her exit into such a beautiful story,” Grimes raves. “Across the board, everyone’s work was beautiful. I was super proud to be part of it.”

But now, Mariah has to step up to the plate as the host of GC Buzz. “As hard as Hilary was on Mariah, she learned so much from her,” Grimes says. “This unexpectedly opens the door for her… but she still struggles with being front and center, for sure. She was always very happy to take the back seat to ringleader Hilary, so this will be an interesting change for her. We’ll see whether she can embrace her confidence enough to be in a real position of leadership.”

And then of course, there’s Mariah’s rebooted romance with Tessa. “It’s happening,” Grimes promises. “She’s coming back… but their future once Tessa comes back is up to them. It’s going to be about navigating what their day-to-day looks like. There’s chemistry, a spark and a willingness on both sides to jump over the obstacles — or at least a try! In any relationship, that’s all you can really hope for.” 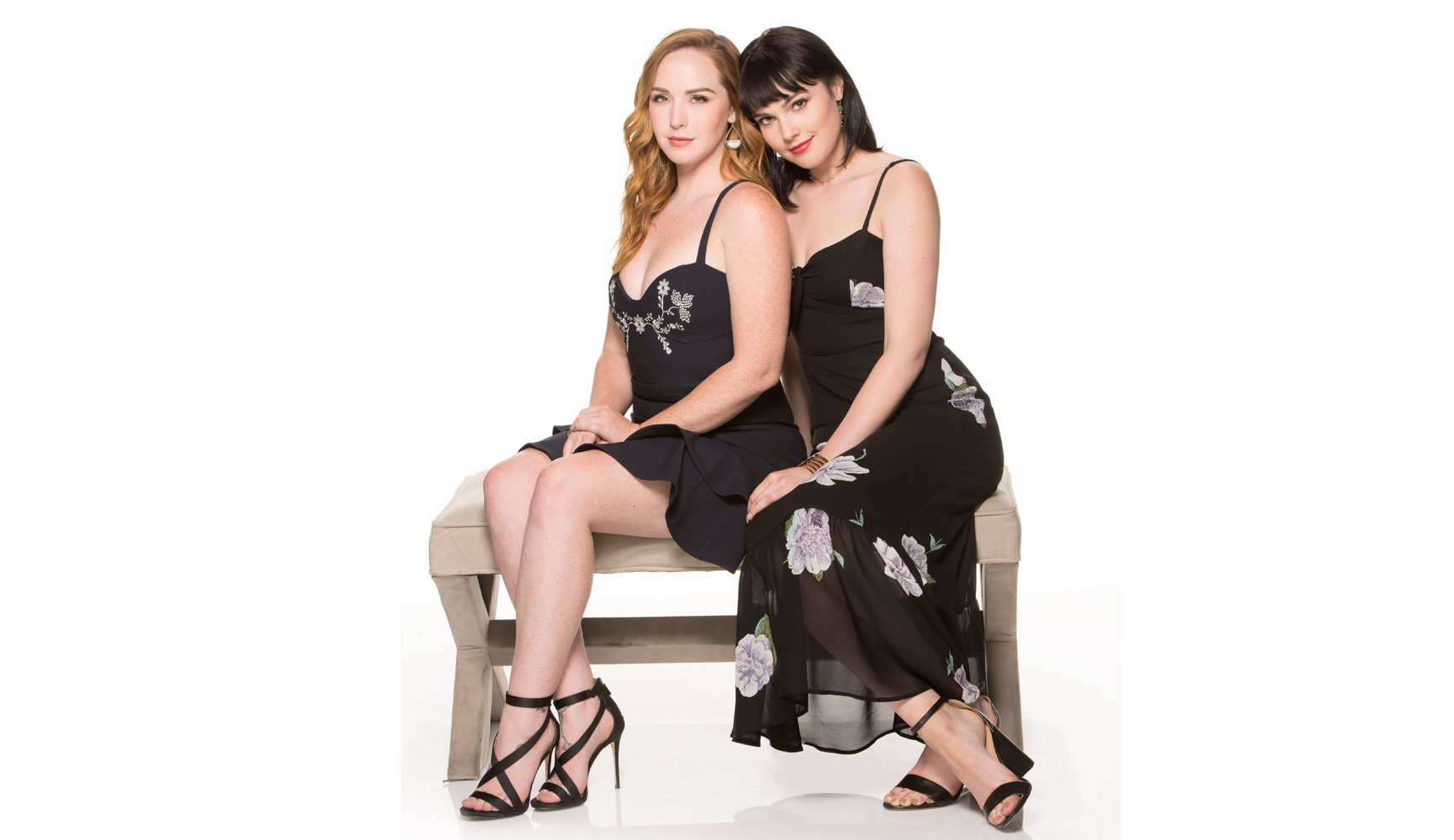 With soap operas the only entertainment genre that allow actors to grow up in front of our eyes, many fans can remember Grimes as adorable little Cassie, but she’s certainly not that little girl anymore. “I was gone for a long time,” she says of her nine years away. “In the span of 28 years of life, it feels like I never left. But I’m not the same person I was before or even when I wasn’t on the show. I was in school and I moved to New York. I was growing up, learning things. I’m now so far from that person in her early 20s — in a good way.

“And in the years I’ve been back at Y&R, I had a 5-year relationship, which ended,” she continues. “That started in my early twenties and ended a year ago, so this has been a big year. This nomination and win show that I’m moving in the right direction.”

Many fans have noticed that Grimes has also grown into quite the beauty, and she maintains it’s all about being comfortable in her skin. “It’s the whole transitional phase thing,” she explains. “I had to take a good look at myself and what aspects of myself I didn’t like, emotionally. You know how on an airplane, they tell you to put your oxygen mask on first before assisting others? I always say that to my friends. Really, take a good hard look at yourself, be honest and be truthful with yourself in a way you would want other people to be with you and make the changes you need to make.”

While taking that look at her insides, Grimes also decided to take control of her body. “I just wasn’t comfortable with the way I looked on camera,” she admits. “I think every woman struggles with insecurity — I know I have, especially having grown up in front of the camera! And I wanted to feel secure. But the most important thing was confidence. I didn’t want to do crash diets. I didn’t do anything drastic. I’m not eating kale for every meal! It’s been slow. I’ve been really healthy about it.”

Now that Mariah is facing exciting new professional and romantic hurdles, Grimes can’t help but look to her own experience of self-discovery for guidance. “Even though Mariah has a whole past, it’s almost like when she came to Genoa City and found her family, she was reborn,” she explains. “She really doesn’t know a lot about herself or who she is in this new life. She’s still working it out.

“It’s convenient for me as an actor, because I sometimes have those same feelings of curiosity and confusion,” she continues. “From week to week, month to month I feel different and I feel growth. I’m learning and changing, so I try to apply that to what I know Mariah is going through.”

And like Y&R fans, Grimes excited to see what the future holds for her character. For those dying to know whether Mariah and Tessa can make it work, she only, “Your guess is as good as theirs!” In the meantime, you can keep up with Grimes’ adventures onscreen and off by following @camryngrimes on Twitter and Instagram.

What happens with Mariah and Tessa on The Young And The Restless? Find out weekdays on GlobalTV.com or the Global Go app!