Survivors Who Should’ve, Could’ve Won The Game - globaltv
Your browser is not fully supported. We do our best to optimize our websites to the most current web browsers. Please try another browser. ×
ADVERTISEMENT
The Survivor Fantasy Tribe Championship Title is Back up for GrabsPlay Now and Prove You're the Ultimate Fan!

Adam Klein is crowned the winner of Survivor: Millennials vs. Gen X . Photo by Monty Brinton/CBS.

So close but yet so far. Over the last 39 seasons of Survivor there have been so many players who should’ve but couldn’t pull off that big win to become the Sole Survivor. Whether it was just dumb luck, a twist in the game or that the odds were just stacked so heavily against them, the Survivor battleground is littered with the memories of those who missed the mark. Here are our picks for those who perhaps deserve a kinder Survivor fate.

Survivor: Winners at War debuts with a special two-hour episode on Wednesday, Feb. 12th at 8 p.m. on Global. 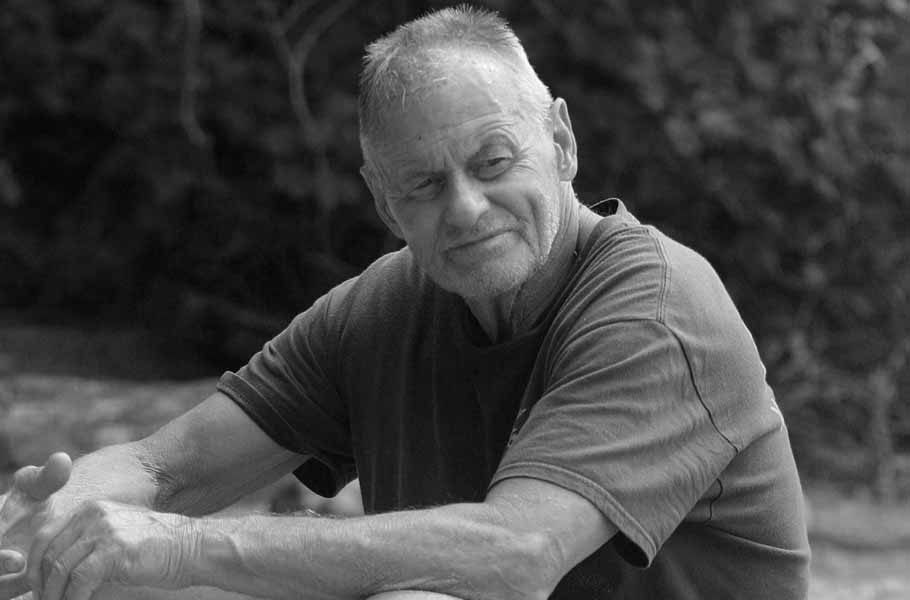 Although Richard Hatch clearly played a better game, Rudy was not that far off when it came to strategic and social gaming the first time around. That one slip in the final Immunity Challenge cost him any chance of challenging Hatch for the win, which might have been a closer vote than some think. RIP, Rudy. 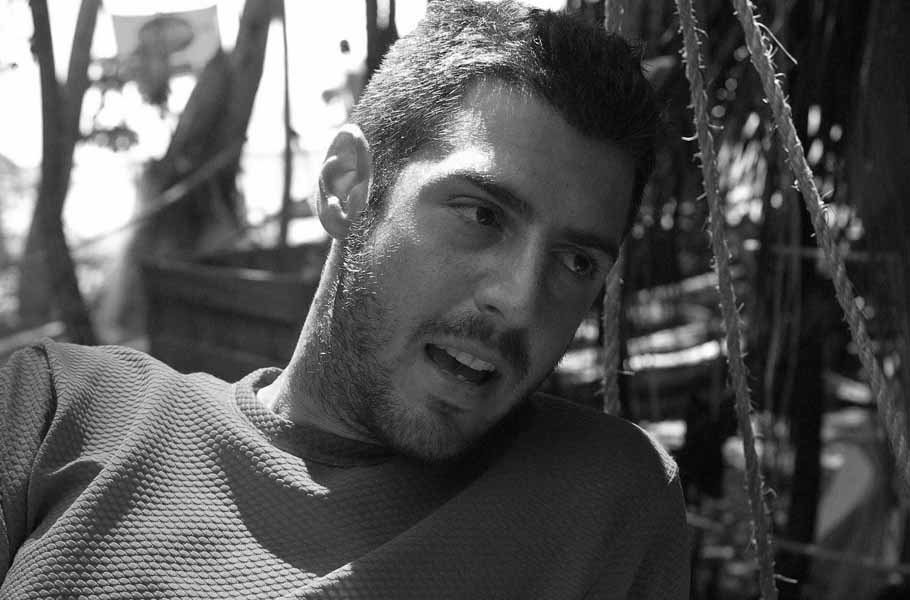 He may have had the brains but he couldn’t win when he needed to the most. Rob was a clever player, expertly wheeling and dealing his way to the final phase of the game but he couldn’t outplay Jenna in the finals of Survivor: The Amazon. 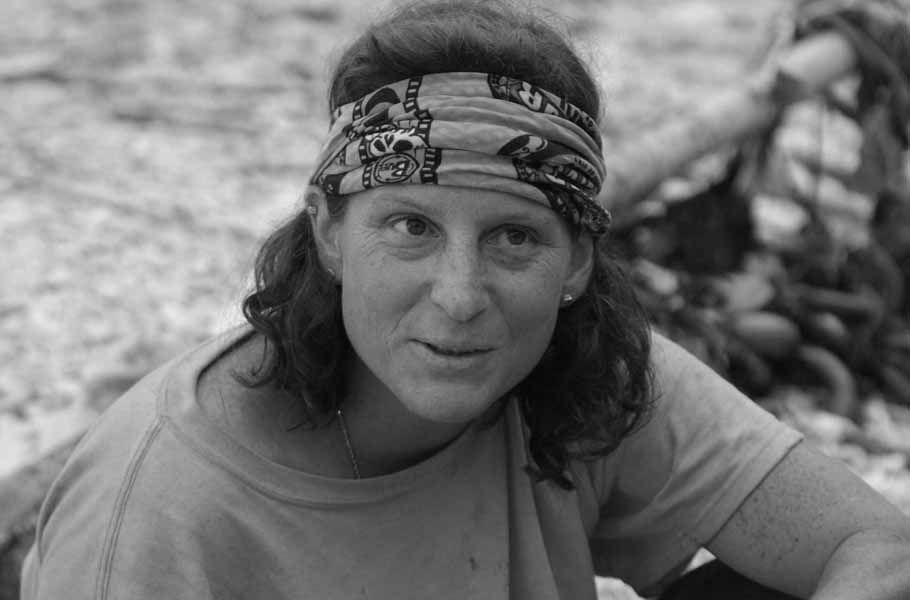 Twila was a cut-throat, devious player that was far more dangerous than eventual winner Chris Daugherty. The problem was that Twila betrayed her allies to move herself ahead in the game and used her son’s name to gain trust. In the modern Survivor game, the 5-2 vote for Chris to win might have been a little closer than it turned out to be. 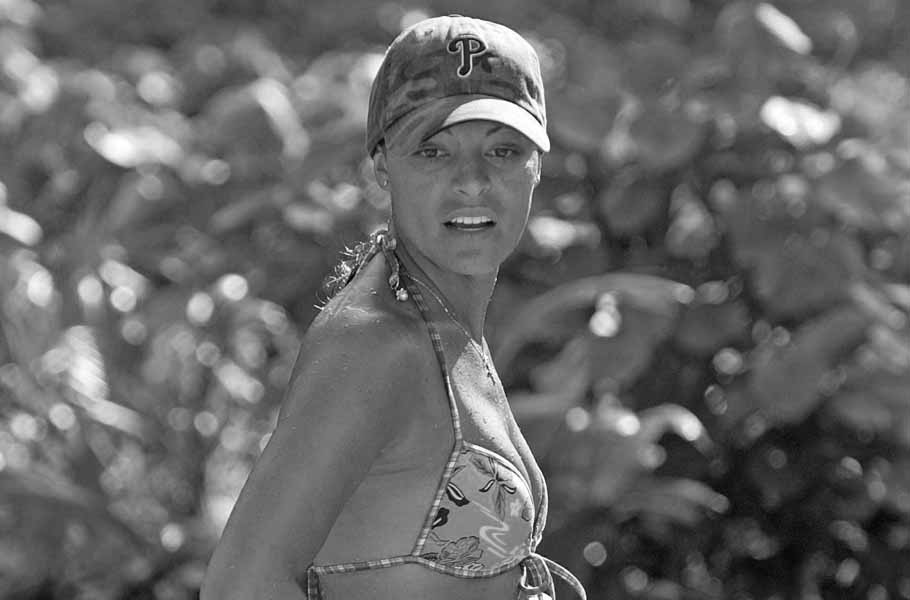 She is still one of the greatest Survivor players of all time. Dislocating your shoulder and popping it back in during a challenge? Now that’s damn impressive. Stephenie proved she could be as ruthless as anyone when she returned to the game in Guatemala after being forced to be a tribe of just one on Survivor: Palau. Still, she couldn’t pull in the votes needed to win. 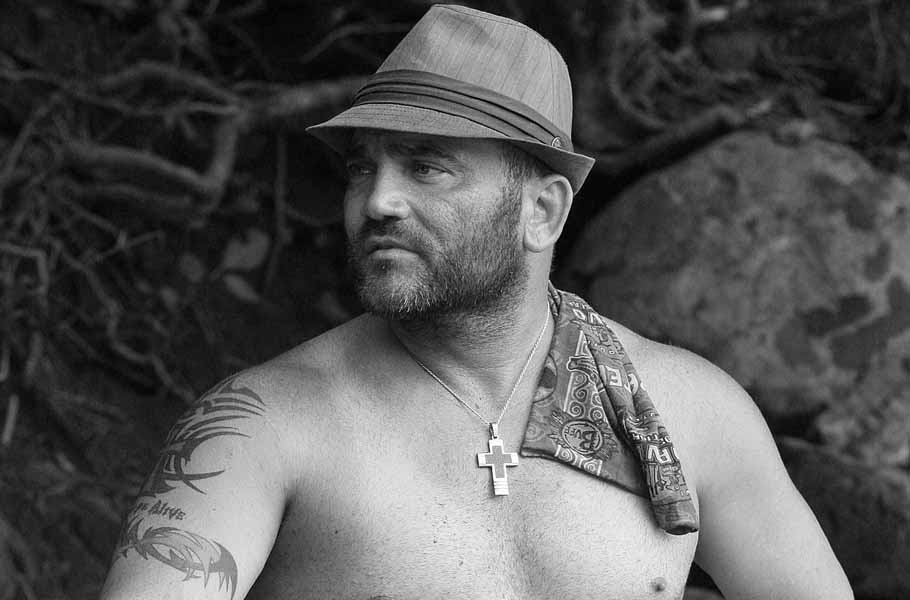 A controversial entry to be sure as there are two schools of thought on Russell’s Survivor: Samoa game. Despite angering many of the jurors with his underhanded and oftentimes contentious gameplay, some fans believe he still should have won the jury vote over Natalie White as he was the better player in every regard. Others think due to his poor jury management skills Russell got what he deserved and he reaped what he sowed during the game. 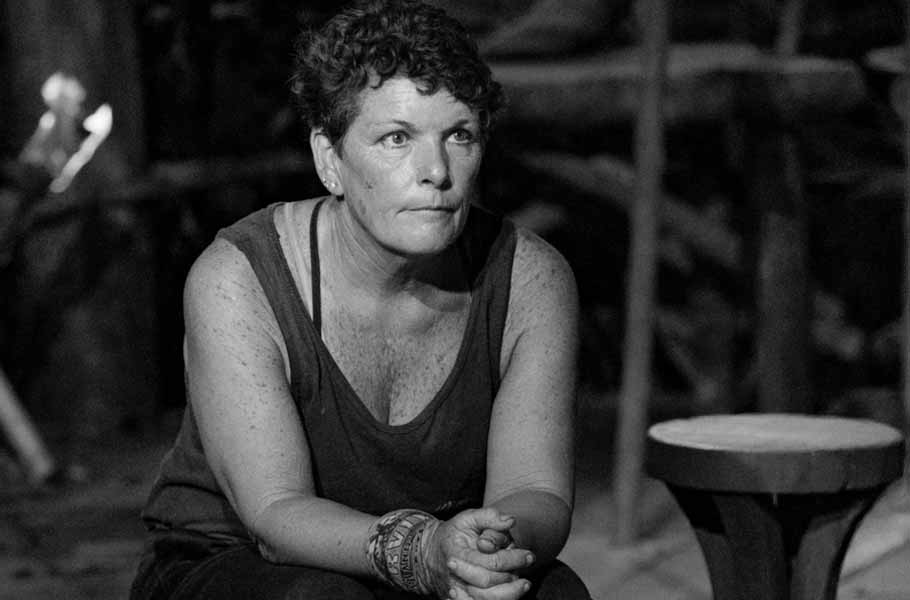 Even with legions of Survivor fans pulling for her the veteran lifeguard finished fifth. The 59-year-old won five challenges but more to the point she won the hearts of the fans by putting her morals and ethics first to stand up for what she thought was right when it came to the treatment of some of the women on her tribe. Even though she didn’t win the million dollars she won an appreciative fan base for life. 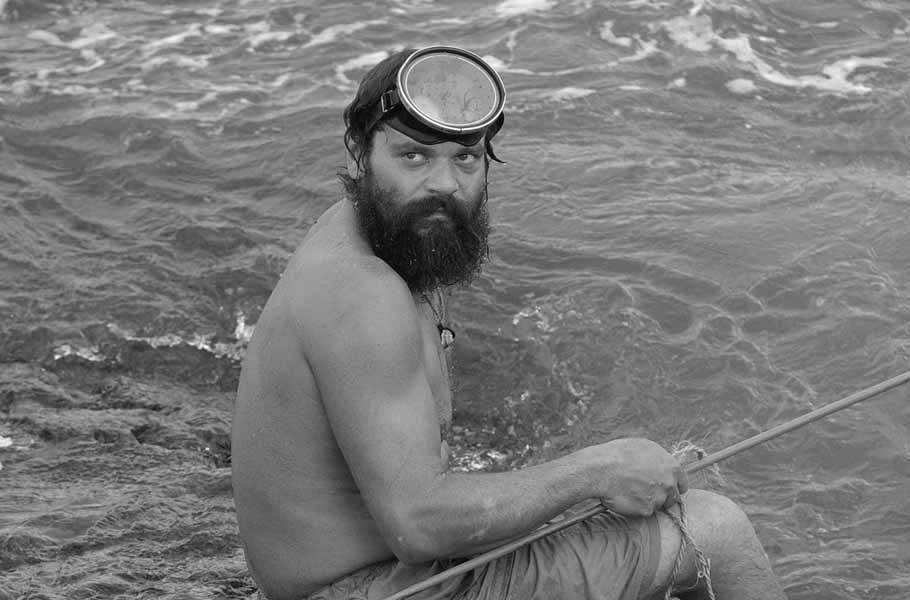 He may not be the greatest Survivor player to ever step foot on the island but he is one of the most popular since his first appearance on Pearl Islands making him many people’s sentimental favourite. In Blood versus Water he made the ultimate sacrifice giving up his chance to play so that his wife could. 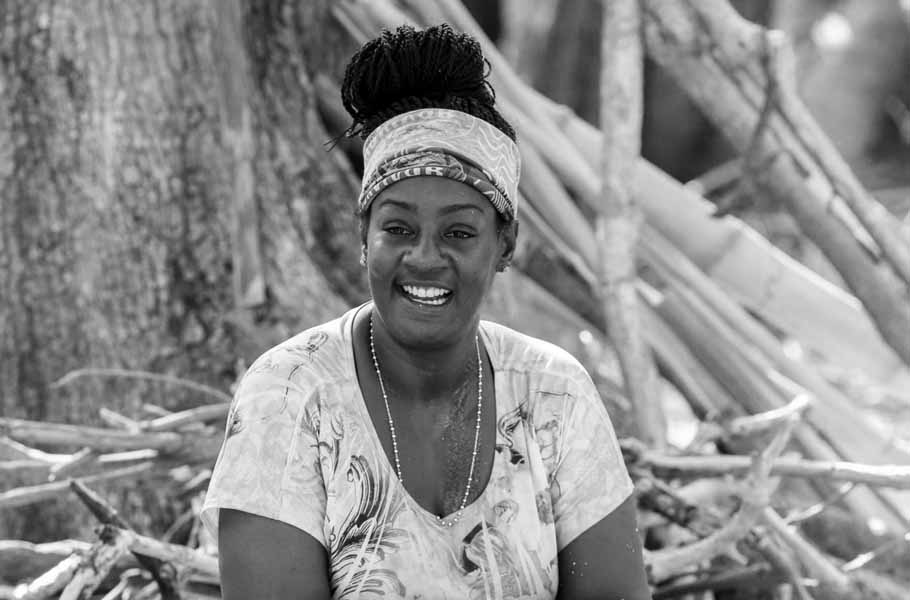 Smiling assassin, thy name is Cirie. She got off of the couch and came to play Survivor four times with an impressive record of finishing fourth, third, sixth and well, 17th. A brilliant schemer, Cirie can and did go toe-to-toe with many of the very best Survivor has to offer. 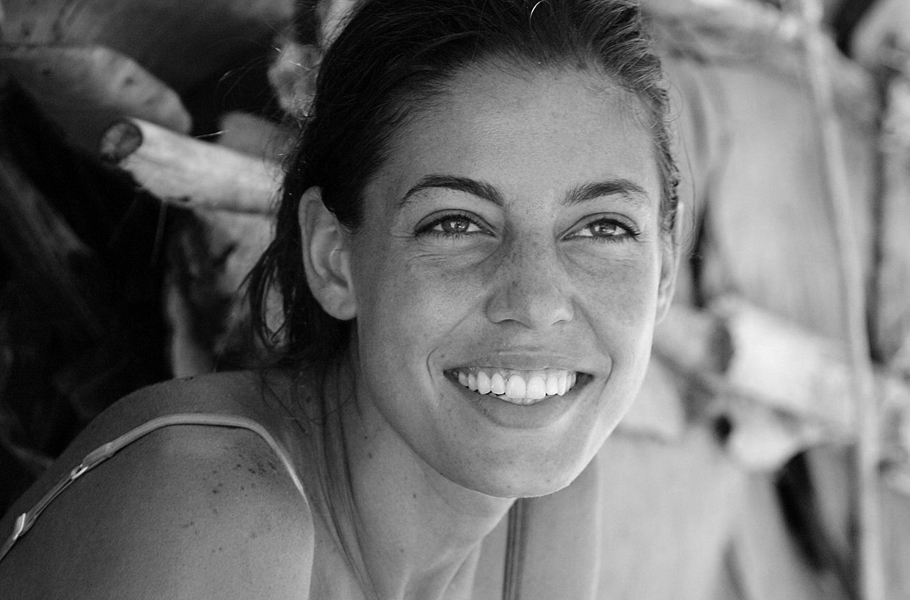 You don’t finish second, third and play three times and only get voted out once in Survivor without being a star, power player. Is it no wonder she was the first woman to find and use a Hidden Immunity Idol. Amanda’s downfall both times was her inability to successfully plead her case at the Final Tribal Council otherwise her gameplay is almost second to none. Heck, she even got to appear in a Nintendo commercial with Community’s Joel McHale. 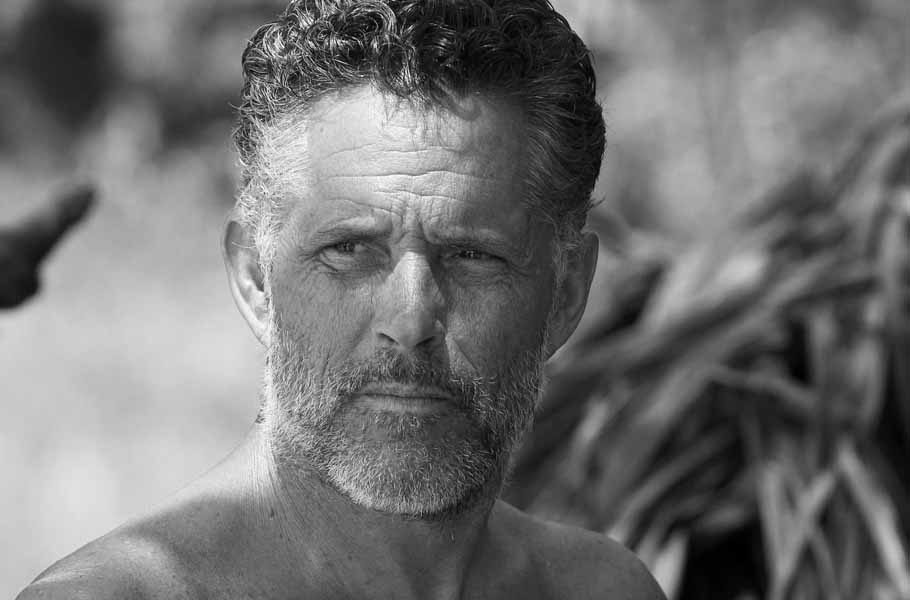 Comparisons to Tom Westman aside Terry carved out his own place in Survivor history. His most impressive record has to be the most post-merge wins in a single season with nine. Like Westman though, he was an absolutely well-rounded Survivor player. 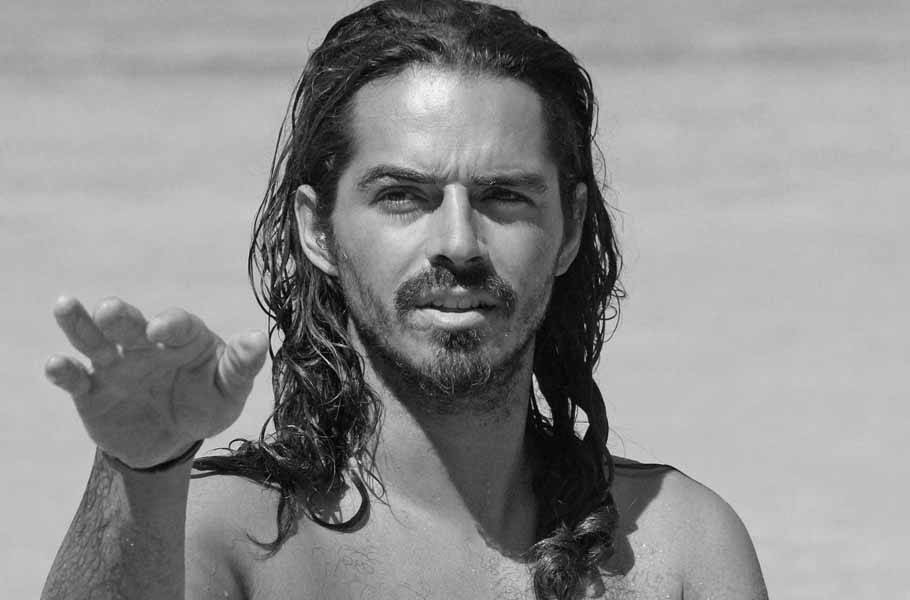 His stunning record of challenge wins is just as impressive as his popularity after appearing for the first time 14 years ago. He has spent the most days of anyone playing Survivor at 128 and has returned four times trying to nab that ever elusive victory. 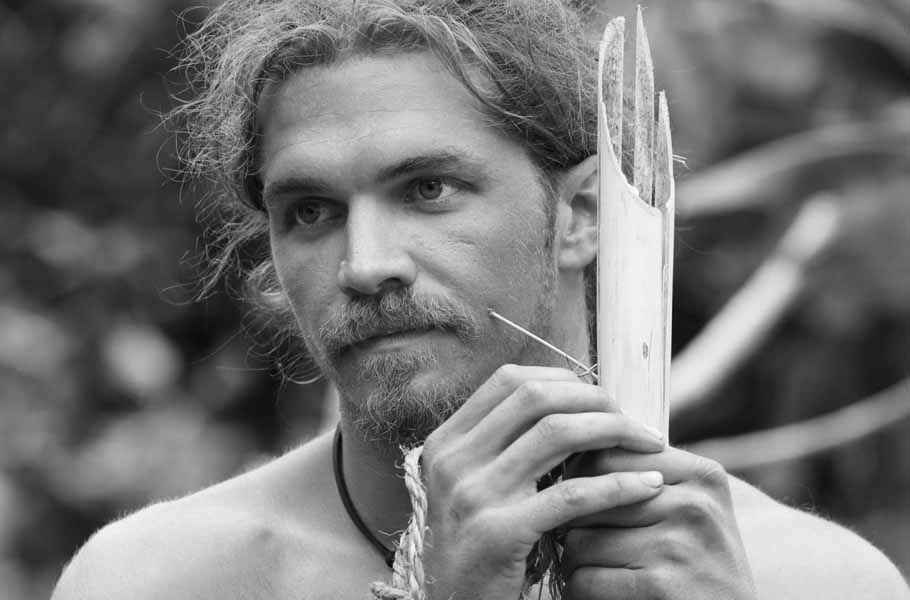 His Survivor journey mirrors Ozzy’s in so many ways. Even though his game has improved greatly since his first appearance, he cannot shake that designation of being a challenge and social threat. 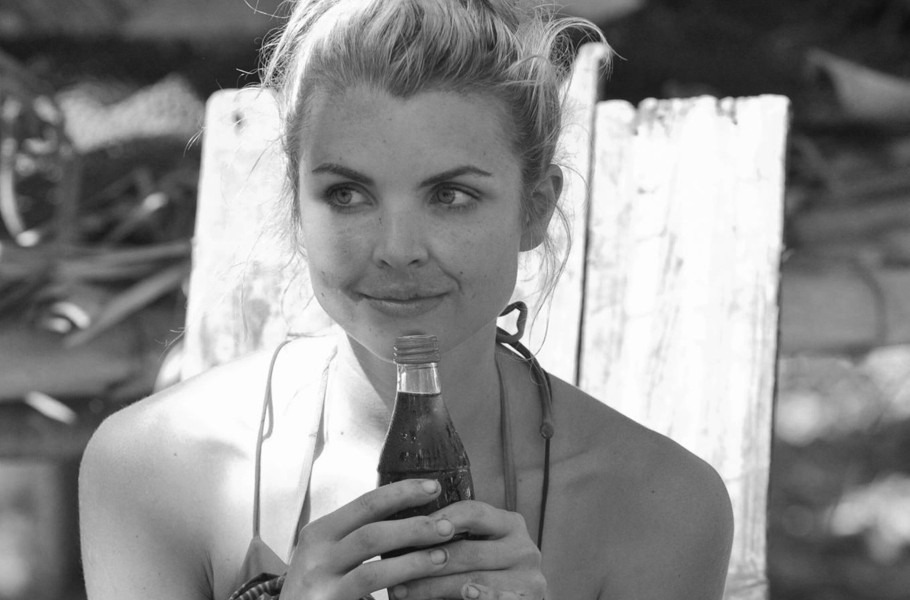 Don’t let the charming personality fool you. As many have learned when it was far too late, Andrea was a versatile and all-around tenacious, tough Survivor player. Perhaps that is why she holds the record for the Survivor with the most cast against them at 36 in total. 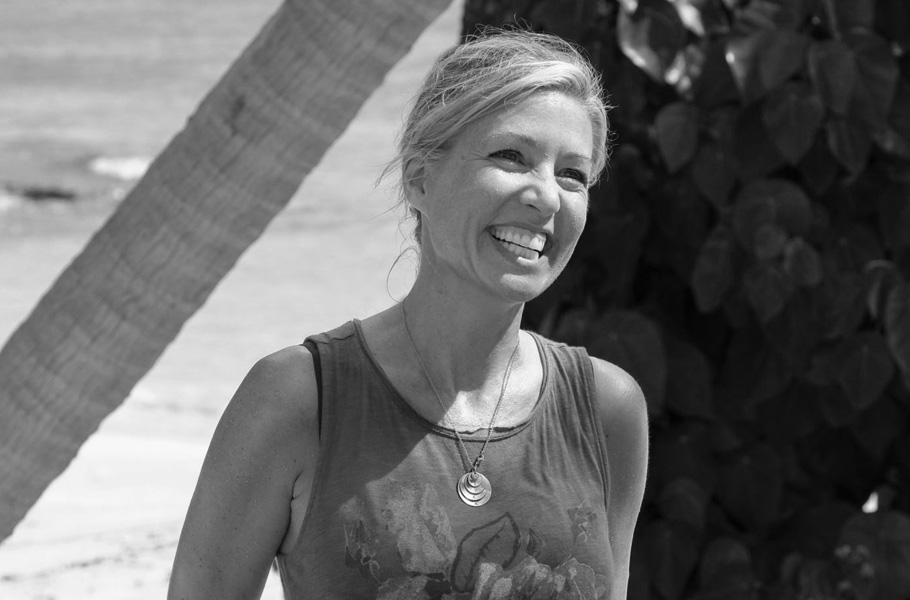 She looked well on her way to a Survivor win until her social game let her down with the jury as well as Ben’s warehouse of Hidden Immunity Idols. Still, Chrissy won four Immunity Challenges to keep herself in the game and had a resume that any player would be proud of. 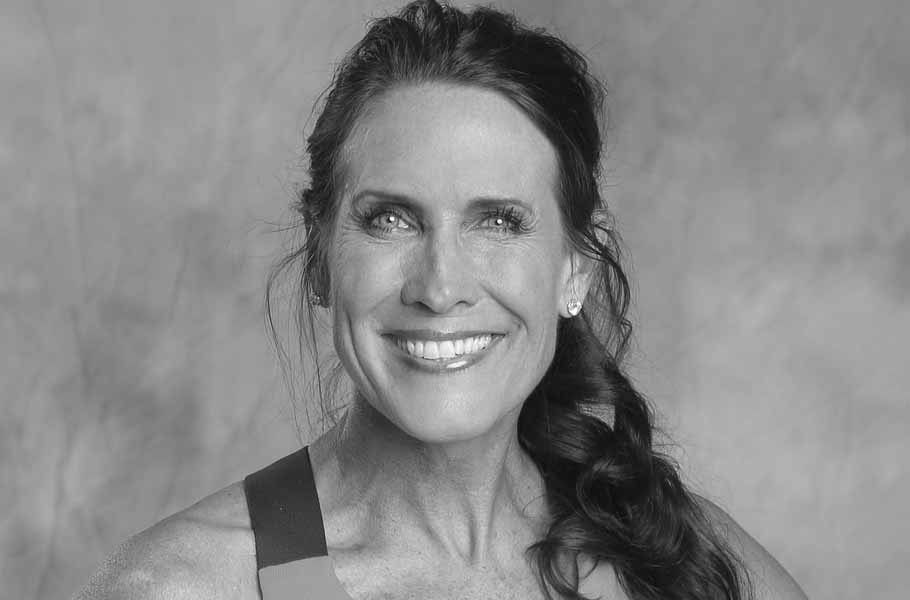 T-Bird, the Silas Slayer, paved the road of success for older players who are often seen as liabilities or voted out early on. She fought hard to the very end using every trick in the book and came close to making Lex turn against Tom. 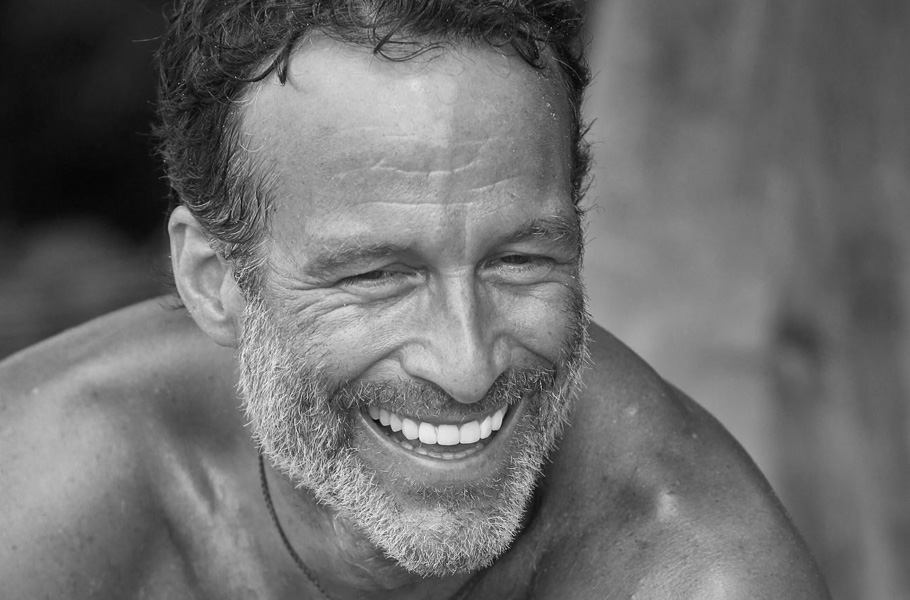 If anyone could be declared the heart of Survivor, it would be Andrew Savage. Each time he has played he has given his all carrying the Morgan Tribe on his shoulders during Pearl Islands and along with Tasha Fox, battling from underneath on Cambodia. Strangely, Andrew lasted eight episodes and was voted out on Day 21 on both Pearl Islands and Cambodia. 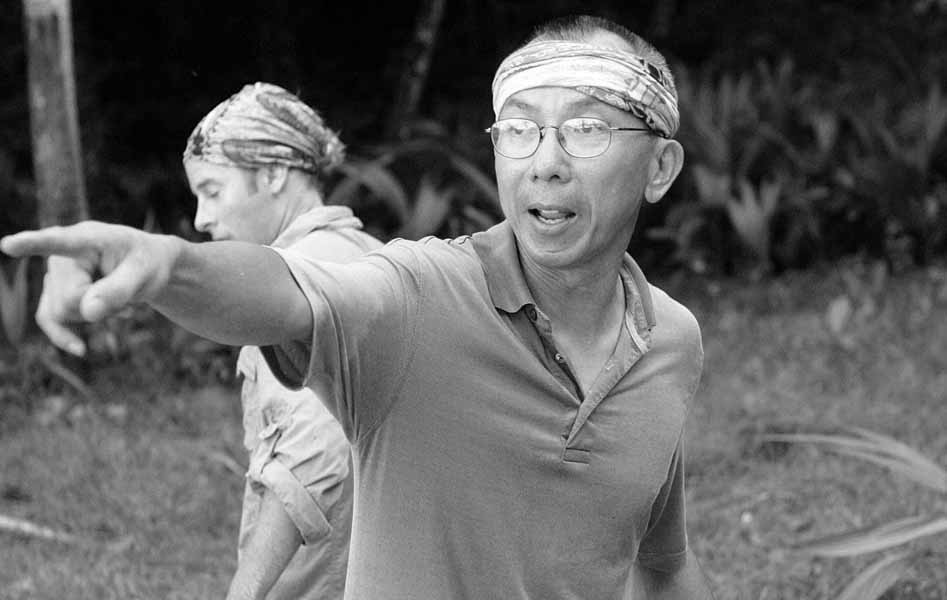 Darn you, Dreamz Herd. The brainy Yau-Man is sadly remembered for how he was stabbed in the back by Dreamz despite playing such an inspirational game at 67-years-old which included creating the very first fake Hidden Immunity Idol. If you weren’t pulling for Yau-Man to win, you just don’t have a heart. 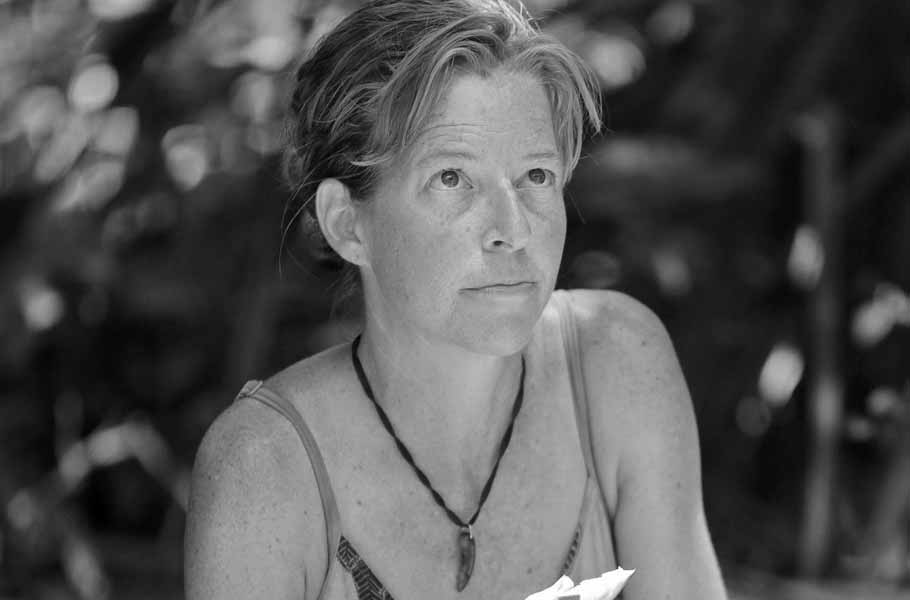 She was called “Chaos Kass” for a reason. She is as polarizing a player as they come. She never backed down from a challenge, playing a game that defied all reason in Cagayan before settling down for a more focused and controlled approach during Cambodia. She had all the tools; it was just a matter of evolving her gameplay. 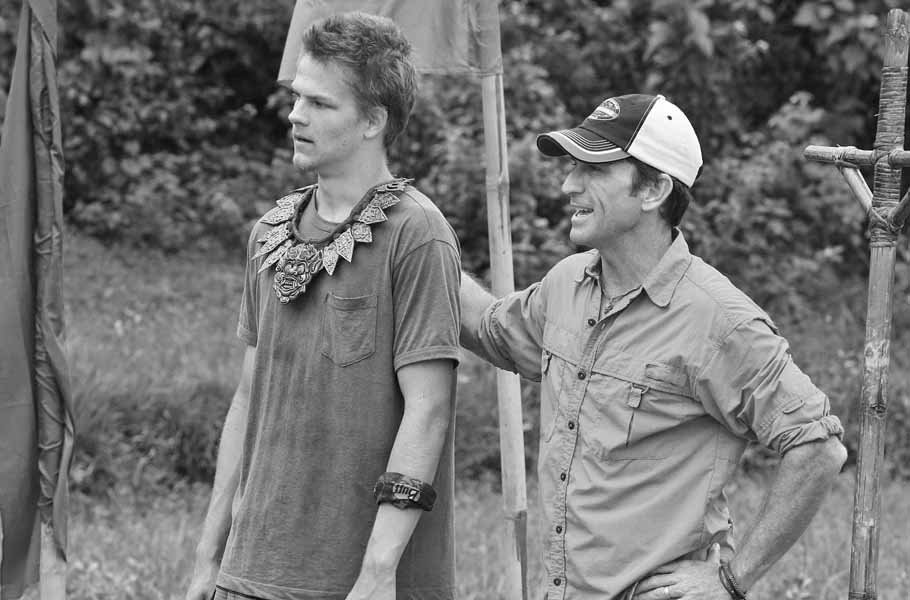 The mortal enemy of “Chaos Kass”, he remains as a great example of how you must be flexible and adaptive. If he had just instituted a better social game, he might have beaten Jeremy for the title in Cambodia. 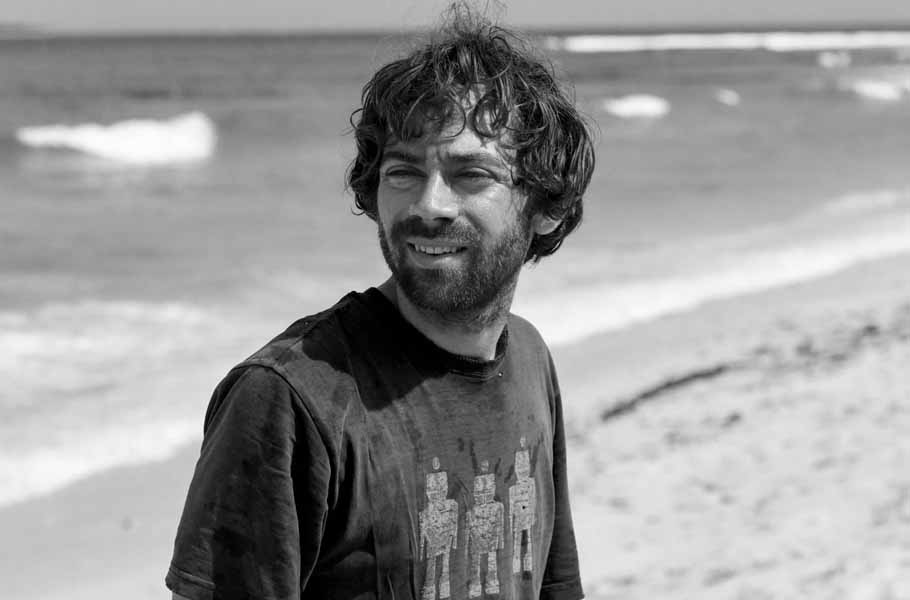 Many fans bet it all on Christian winning David vs. Goliath. What they didn’t count on was that his closest ally would betray him and that Christian would allow his status as a threat in the game to rise until it just couldn’t be ignored any longer.