Survivor's Karla has no regrets - globaltv
Your browser is not fully supported. We do our best to optimize our websites to the most current web browsers. Please try another browser. ×
IN PARTNERSHIP WITH

‘Cutthroat’ Karla? ‘Killer’ Karla? Whichever name you want to give her Karla Cruz Godoy was not only one of the most ruthless Survivor players in recent years but also one of the most strategic. Her luck ran out and her body was completely worn out by the time she made it to the final phase of the game. Still, she fought on even when she landed in the jury.

John Powell: Congratulations on playing such a great season. How do you feel about the whole experience now?

Karla Cruz Godoy: It was a life-changing experience! The best time of my life! I learned a lot about myself. I grew as a person. There’s a lot of overcoming and for me it was just an amazing ride!

John Powell: We saw you hurt your hand then you hurt your ankle. You had a bunch of walking injuries. How severely did those affect your game? Were you playing it up a bit or were they quite substantial?

Karla Cruz Godoy: Now, they are okay. The finger and the hand? That really bummed me out a lot but at the same time I was like people don’t think I’m a challenge threat but that was with the stitches. Somehow, I pulled through with that challenge when then when it came to the dehydration that’s when I really was like…’Wow, my body has given up and I’ve never felt this happen’. I thought I was done. I don’t want to be out here if my body is going to be like this. My brain still wants to fight but my body’s like: ‘Karla give it up!’ it took a lot for me to continue to push through. 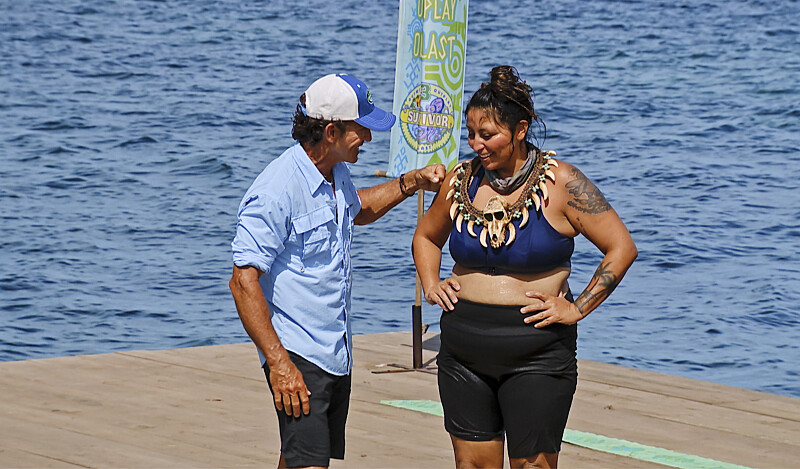 John Powell: Well, you did manage to snatch that advantage away from Owen. How did you feel about that because I mean, he was pretty ticked at the time.

Karla Cruz Godoy: It’s funny because I was limping. I was running, limping along the beach. I was like: No, this can’t be the way that I go is limping! I actually felt very bad because we were both at the same tree. Immediately, he starts like letting his frustration out. I would feel the same way right? The one person that you didn’t want find the advantage, found it.

John Powell: Throughout the game you were really close with Cassidy. You guys were really tight working together and then the wheels came off. All of a sudden you guys seem to have this very big rift. What happened on your side of things?

Karla Cruz Godoy: So, I’ll say this. I think it was the moment that we got to the merge. I saw her making her own relationships. That’s when essentially our relationship stopped being what it used to be at Coco. That was okay because I was forming strong relationships with Jessie and Cody. I was like: Let me play my own game and she can play her own game. It wasn’t until Sami told me that Cassidy was gunning for me that I had to try to get my number one out. I tried to do that first. I needed to try to go to the end and say this is the game that I played. 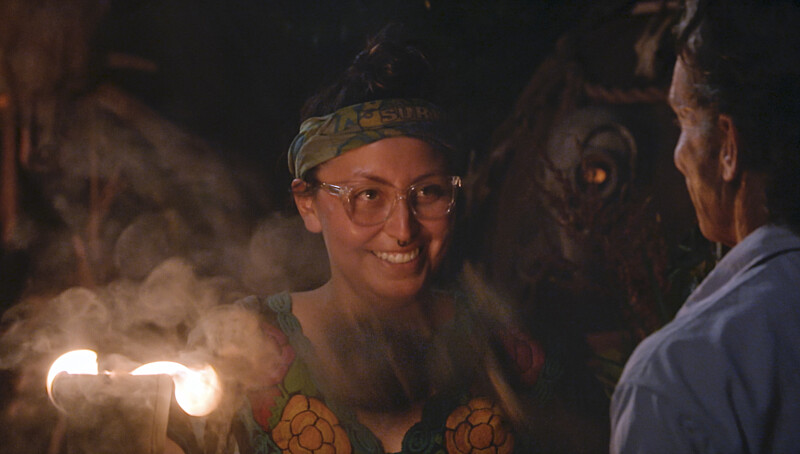 John Powell: You had discussions with Cassidy and told her that when you get to the jury the game isn’t over. I’m going to play the jury and there’s a whole other game that needs to be played. How did the jury experience go?

Karla Cruz Godoy: For me out there it was such a bluff. I was ready to burn this place down and out and do what I had to do because I was at the bottom. What else can you do? I’m not gonna give up. So, I was in that game mentality. I’m gonna say what I say because it’s a game to me and so it was very different when you get to the jury. It’s not as like crazy as people make it seem. When Jesse came into Ponderosa we were like: What do we do? Clearly, our winner was right here next to us so what’s the move now? It was literally a lot of deliberation and everyone’s voice was essentially heard. Some people, there was a little push-back here and there. We really just wanted to see what people’s resume was and what moves people made in a game where everyone was afraid to make moves. What’s the one move that you can own and say that was yours? That was I think our ultimate deciding factor.

John Powell: You played a very, very strong game. One of the strongest we’ve seen in quite some time. Looking back. Do you regret any any of those moves that you made?

Karla Cruz Godoy: No. No. I don’t regret anything. If I were to do things differently I would have tried to take a swing at Jessie before. When I met him, I said we’re very similar people with very similar backgrounds. We both went to Berkeley at the same time. We know some of the same people, right? I kind of know who this guy is. I wish I would have been a little bit more bolder post merge.

John Powell: Is there anything about your Survivor journey that you wish they would have aired on TV?

Karla Cruz Godoy: I think the one thing that I would have really wanted fans to see, were the conversations that Jesse and I had around what it means to grow up the way that we did, in the inner city, struggling growing up and then how we used education to essentially support our lives. We both went to Berkeley. We both went to really good institutions…I think it would be beautiful and just the impact that growing up the way that we did could help our game and the way that we played the game. I think it could have shone a light on the issue and inspired people.

John Powell: It was amazing watching you. Would you play again?