Survivor winner proud to be Canadian - globaltv
Your browser is not fully supported. We do our best to optimize our websites to the most current web browsers. Please try another browser. ×
IN PARTNERSHIP WITH

Move over Sansa Stark. Erika Casupanan is the true Queen of the North.

The 32-year-old communications manager from Toronto, Ontario, became the first ever Canadian resident to win Survivor USA on the finale of season 41 last night.

Todd Herzog, won Survivor: China holding Canadian and American citizenship but he was born in America and had to renounce his Canadian citizenship to claim his Survivor prize.

On the finale, the winner was revealed at the final tribal council which is something that hasn’t been done since the first season in Borneo which saw master strategist Richard Hatch claim the title of Soul Survivor. The COVID pandemic and Survivor USA filming seasons 41 and 42 back-to-back had a lot to do with that decision.

Sitting on the amazing news of her win for so very long was yet another Survivor challenge for Erika.

“It was hard. There were some moments where I just wanted to say something to somebody, my family and friends but at the same time I just wanted them to have that adventure and to go on the journey of watching me. So, my mom would watch every episode terrified that I’d be voted out when really I knew that I was going to go to the end. I wanted them to be surprised at the end and to have that real reaction when they saw what happened, watching the show with them last night and just seeing how my entire family burst out into tears it was so worth it,” Erika told GlobalTV.com.

For Erika winning Survivor was a “dream come true” and so too was representing Canada. 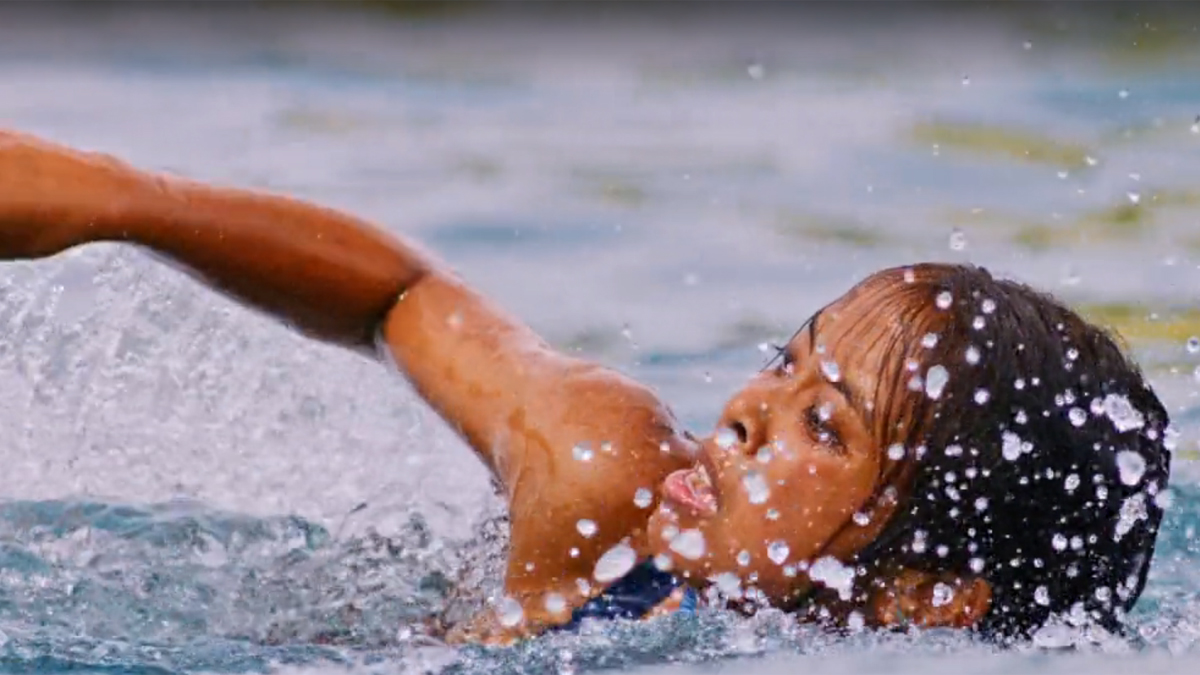 “It’s amazing and it’s crazy! I had to keep that secret for so long. I didn’t tell anybody in my family. It’s been an honor to represent Canada!” she said proudly.

The fact that there was going to be a live reveal and an after show on the island was a shock to Erika who expected to hear the news months later as is per usual with a Survivor USA finale.

“Jeff decides to read the votes on site and I’m in total shock. I see that I end up winning by a landslide and then he says…Oh, but wait, we’re going to do something else. At this point so many crazy things had been thrown at us in the game I was actually so scared. Is there another challenge? Do I have to open a small box? Is it going to be a double or nothing thing? I was so scared that I had to do something else. So, it was such a relief when all I had to do was drink champagne and eat pizza,” laughed Erika.

Erika received everyone’s vote except for Danny who voted for his close friend Deshawn. Erika was shocked that she received so many votes to win. She thought the final count would have been a lot closer than that.

While the final jury vote confused Erika in good way, the Hour Glass twist didn’t in the least. When Probst presented her with the opportunity to turn back time and award one tribe immunity and condemn the other to tribal council, Erika immediately knew what she was going to do.

“For me the answer was pretty instant. I was ready to grab the hammer from Jeff as he was explaining what the advantage was. I think that what made it tricky was the tribe that I would be putting at risk was almost all of my original tribe and those were the only people I knew in the game but I couldn’t fully trust them. It was very evident that I was at the bottom. I wasn’t being included in things any more so the risk was pissing off those people who are the only ones I know but at the same time I didn’t trust them to have my back and watching the show back, I was correct,” she said.

For Erika her biggest strength in the game was using her “weaknesses” to her advantage. The lessons she had learned throughout her entire life being smaller in stature but not smaller in will, confidence or skill. 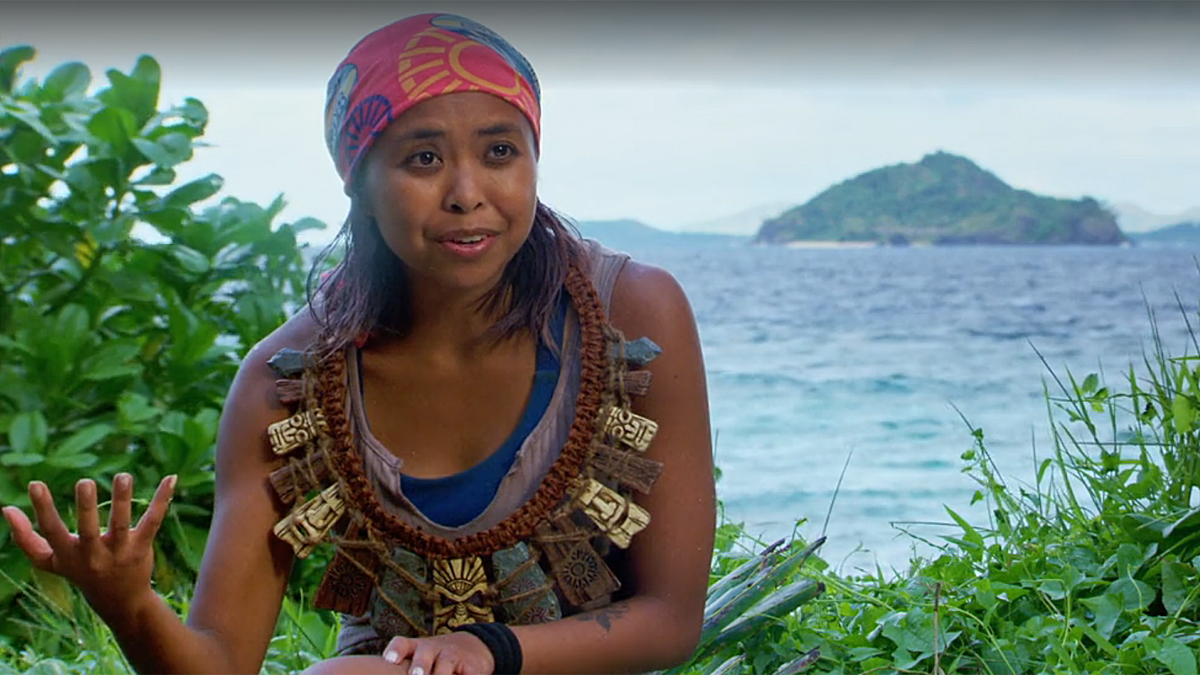 “I really went into the game taking my lived experience with me. I know that in life I’m often underestimated. I thought I’m not going to try to prove to these people that I’m smart or prove to these people that I’m capable. It doesn’t really matter. I’m going to allow them underestimate me. I think that just accepting that I have strengths and I have weaknesses I was able to move through the game in a realistic way. I knew where it made sense for me to make moves or where it made sense for me to kind of make sure that the things that I wanted to happen would happen but be okay with being in the backseat and not being the one out in front. I think that sometimes when people go into the game and they’re trying to prove something about themselves that’s where there’s the oversights, that’s where it can get a bit sloppy,” she explained.

The one person who didn’t underestimate her at all was her friend and alliance mate to the end, Heather. Their friendship remains strong after the show as it was on the show. In fact, Heather came to Toronto to share in Erika’s Survivor win with her family last night. The two women may seem as different as different can be but they shared much, much more in common.

“Heather and I are such an unlikely pair. She’s a 52-year-old mom who’s always lived in South Carolina. I am a Filipino Canadian immigrant who lives in the middle of downtown Toronto. On paper, not much in common. Because we were on the bottom of our tribe we started spending more time together. Our bond really came from shared experiences and being misjudged or misunderstood. She got married later in life. I’m in my thirties. I’m not married. We talked about what society expects from us or what other people in our lives expect from us and how sometimes we’re judged but we found common ground that way and built a really real and beautiful friendship,” said Erika.

Erika revealed that she will be spending some of her prize money on making sure her parents are comfortable for the rest of their lives as well as a pair of expensive shoes she has been eyeing for a long time. Other than that, she will be very prudent with her winnings.

“The first thing is figuring out this weird cross border tax situation,” she said laughing. “I hired some good accountants so I’m going to do the smart things you do when you come into money,” she said.