Survivor finalists have their say - globaltv
Your browser is not fully supported. We do our best to optimize our websites to the most current web browsers. Please try another browser. ×
IN PARTNERSHIP WITH

Xander, Heather and Deshawn may have not walked away with the title of Sole Survivor and the million dollar prize that comes with it but they have formed some lifelong friendships with their fellow castaways.

Heather, the fourth place finalist and 52-year-old stay-at-home mother from South Carolina, became so close to winner Erika that she came to Toronto, Canada, to celebrate the finale with her.

“We had a great time last night and her family didn’t know I was coming! I felt it was a full circle moment because we started Survivor together and then to be able to celebrate with her was just great and it is where I needed to be,” said a beaming Heather.

Heather and Erik grew close when the rest of their tribe shut them out.

“We were sitting on the beach and we realized that we were on the bottom. We decided that we would like to make some changes and move our way up to the top and we were going to work together to get there. The friendship occurred as we were doing this. I think the day that stands out to me is when Erika was sent to Exile because it really pulled my heart strings when Naseer was not chosen which he could have very easily have done because he lives off the land beautifully. It really made me sad because I knew she was going to struggle. When she returned she was able to tell me about her achievements out there. We really bonded because I was proud of her and I was worried for her,” said Heather.

Xander, the 20-year-old app developer and third place finisher, was surprised they didn’t show the really close relationship he had with Ricard.

“It was great. We had our own little corner of the shelter and we keep each other warm. We shared everything and we are similar. We had a very similar formative experiences. We both grew up insecure and not trusting ourselves but then really coming to our own and finding ourselves. We see life as so beautiful and want to do all these crazy, ridiculous things that make us happy,” he said admitting that he really did consider playing his idol for Ricard but then realized what a foolish mistake it would be if he was the one voted out instead. 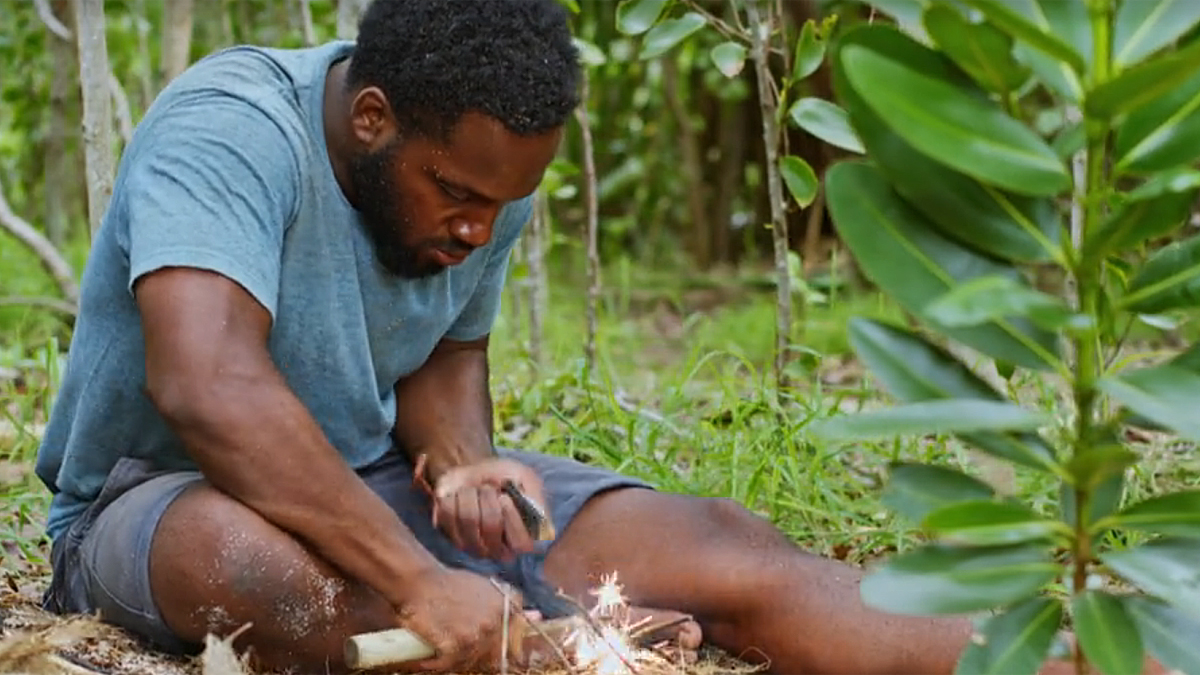 Deshawn, the 26-year-old medical student who finished in second place, sees fellow Survivor Danny McCray as his brother. He is thankful that Danny’s vote elevated him into second place this season.

“I was just thankful because in jury settings group-think can prevail. I’m not saying that’s what happened last night but it’s likely that could have happened. I was just super thankful and I think it spoke to the relationship that we built on the island,” said Deshawn of Danny.

Deshawn’s Survivor game was a bit more complicated than perhaps Xander and Heather’s as he had to choose whether to continue forward with allies Danny, Liana and Shan or play the game for himself.

“I came into the game thinking if I see other black players I definitely want to play with it because of the work that past black players have put in for us to be here. There’s just that moral dilemma where you want to employ a strategy but then you see this moral thing happening. I think my decision crumbled the alliance after that with Liana and Danny going thereafter but I honestly think I probably would have ended up maybe in seventh place if I didn’t turn on Shan,” he said.

Based on his Survivor experience Deshawn also had a message for players who might come after him.

“I just want to say all future Survivor players of color, if you want to make that alliance with somebody who looks like you do that but do it for the reason that you get along with that person and that you can strategize with that person. Don’t let it be the sole reason because you have to get to know your allies before you just jump into something like that,” he advised.

When it comes to Deshawn, Heather was wondering what happened to all the game she played including her relationship with Deshawn, himself. She insists not much of her gameplay or relationships were ever aired. 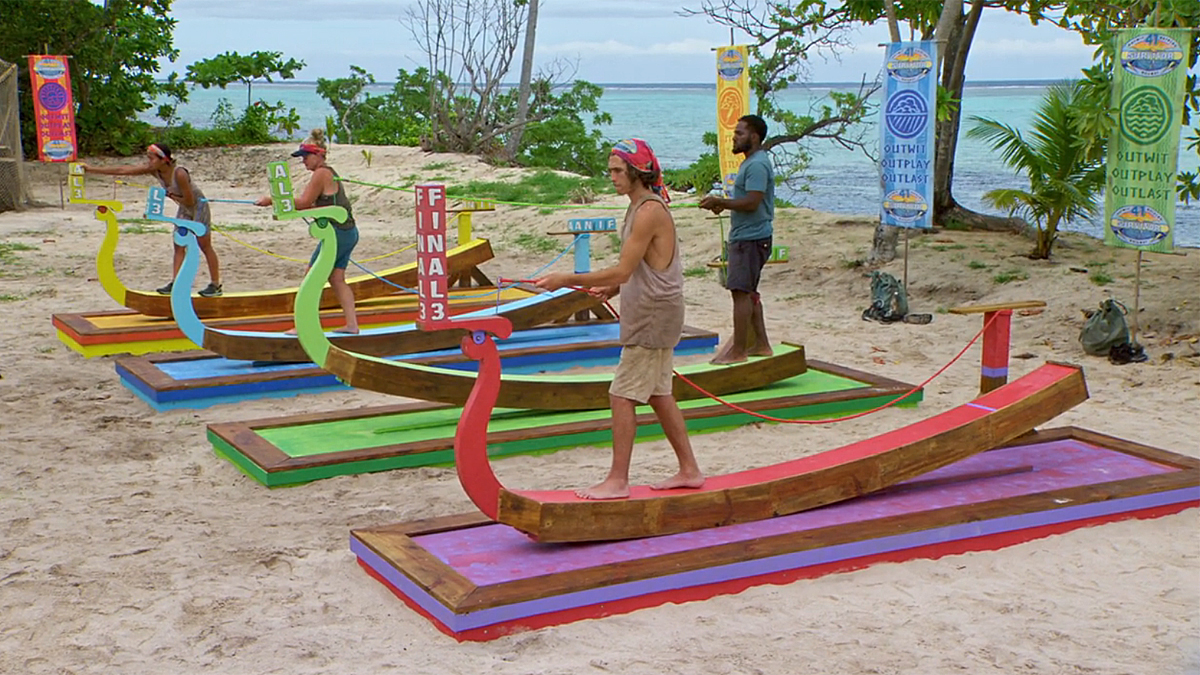 “I feel like nothing was shown. I’m being very honest with that. I would have loved to have seen those scenes because I was a part of the strategy. I was a part of making relationships but with my “purpled” edit, people didn’t get to see that I had a very strong relationship with Deshawn, for example. We had a lovely time together,” she said.

“I felt it is unfortunate that they didn’t show more relationships with other people not just myself. I loved being a part of pulling together strategies and working on the votes. Erica and I would sit down and we would pull out shells and we would be like you go and ask this person to see if you can get him to vote this person and then we’ll do this, like we had it with little pegs and holes. You can’t go into one of those tribals and just assume things are going to work out. One of the perfect examples of that was when Deshawn did his truth bomb. I knew all about that before going in. All of that was just very upsetting for me but I just feel like if there was more showing of relationships, you the viewers to get a better understanding of the whole process of the game. There were so many pieces left out of other people’s edit to that was confusing for the viewers to understand the progression of some people’s game,” she continued.

Heather also insists that the fire-making challenge wasn’t exactly what she thought it would be or expected either.

“There was not those natural materials. What I practiced on looks like burlap. It’s kind of like a coconut husk and that’s perfect for starting a fire. Well, I go to look in my basket for my coconut husk and there is string, twine. That just mentally threw me for a loop,” she said. “In hindsight, I, after getting my torch snuffed, realized by just taking my knife and pushing my little structure three inches forward I think that I would have won but that didn’t even cross my mind of thinking I could move my whole fire structure. Instead, I was trying to build it up faster to compete with the wind and I lost.” 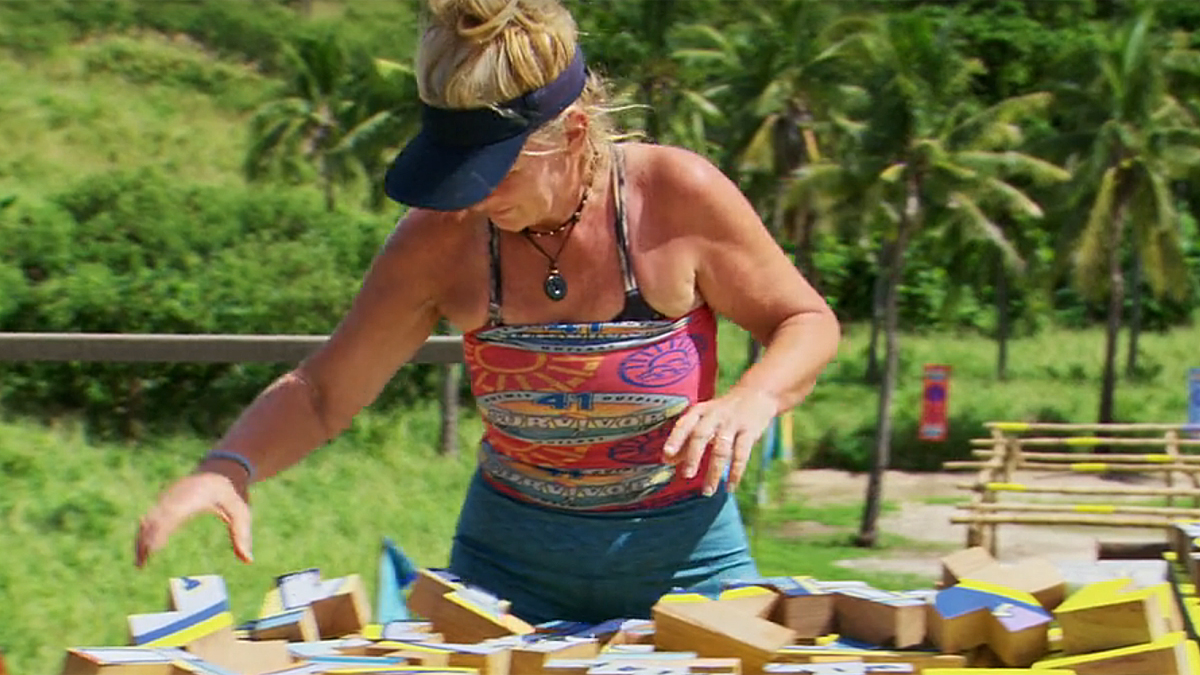 Even though Heather didn’t make the final tribal council she is glad she experienced all that Survivor had to offer and best of all, she was the oldest women and she didn’t go home first.

“My thought process going into the game was I know that older women are usually the first to go. I felt that if I was able to make friendships I could last another day. I know that sounds like a Sandra (Diaz-Twine) thing to say but I just wanted to make it another day. That was my goal. I want to experience Survivor and I wanted to make it another day and I didn’t want to be the first to go home. That was my goal. I also had another goal. I didn’t ever want to be the first one to fall out of a challenge no matter how bad it was or how much it hurt. I was proud that I got as far as I did. I was ecstatic that I could come home and share that with my husband and and I got to experience everything that I wanted to experience in that game, minus winning,” she said smiling.