Survivor alliance looks back on their finale run, reveals twist turmoil - globaltv
Your browser is not fully supported. We do our best to optimize our websites to the most current web browsers. Please try another browser. ×
IN PARTNERSHIP WITH

As Jeff Probst would say…They got as far as they could on their own. They just didn’t win the jury vote.

The alliance between Natalie Anderson and Michele Fitzgerald may have only come together on Day 35 but they stood against a core alliance and made it to the final tribal council.

Not too shabby that.

“She was at the bottom and I was definitely at the bottom so it was an amazing experience to work with her. We bonded immediately. We are both from New Jersey, we live like 10 minutes away from each other so it was good timing for the both of us to join forces. She won challenges when she had to. I won challenges when I had to. To go to the end together was a cool experience,” Natalie said of their partnership. 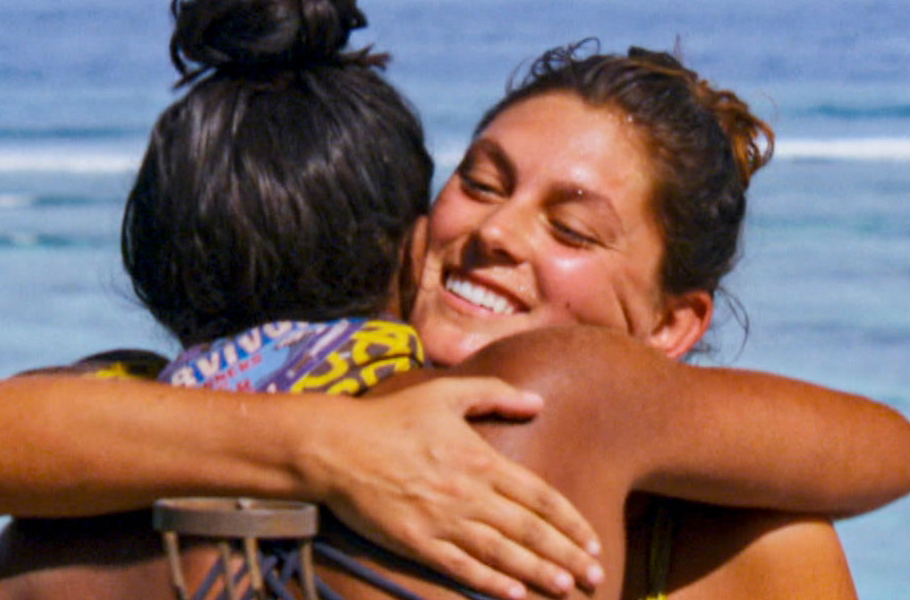 “It was so amazing when Natalie came in because I was so beaten down from being on the bottom for so long and having nobody to work with me, nobody to strategize with. I was so happy Natalie came back in,” she said.

Both Natalie and Michele also had their own distinct Survivor albatrosses to carry during the season. Natalie won her way back in after being voted out and Michele had to play the game with her ex-boyfriend, Ghost Island winner Wendell Holland.

As Natalie revealed, the last Edge of Extinction twist made the finalists so furious that some talked about leaving.

“Oh, my god! At one point Tony, Sarah and Ben were going to walk because they didn’t agree with the Edge twist. I was like, go ahead. Leave me and Michele for the final tribal council. You know, they wouldn’t have been that upset if someone else had come back into the game. Say it was Danni. Do you think they would have been worried or concerned about losing? It was because it was me and the way I play. I came in like a wrecking ball and they weren’t ready for that,” said Natalie detailing the chaos her return caused. 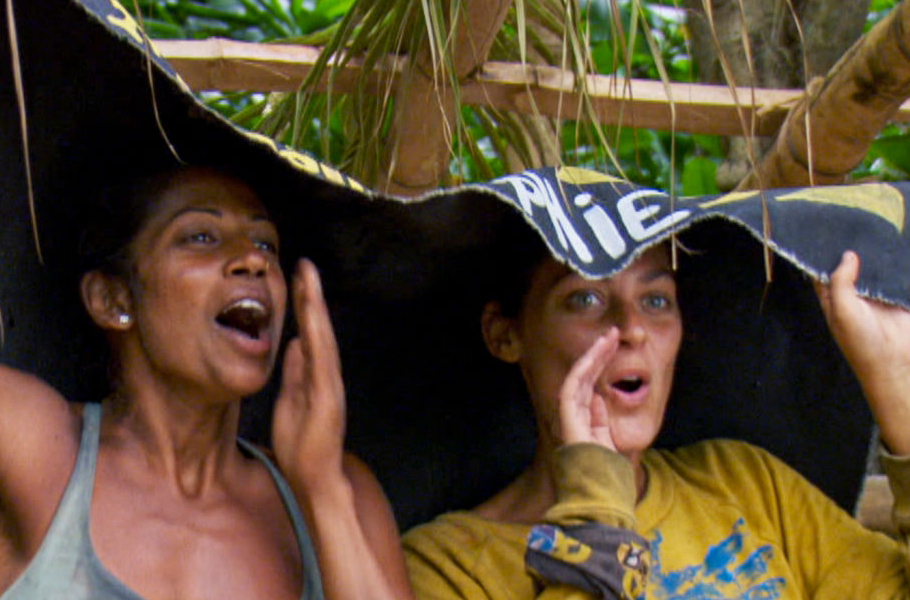 While Michele’s cross to bear wasn’t as dramatic or as potentially disastrous, it did weigh on Michele’s mind throughout the entire series.

“The experience with Wendell was interesting because I went into the game actually wanting to work with him. We did work together. We were usually on the same page and the same side. I think where the frustration came in was his tone with me was not the way I expected him to behave towards me. So the frustration was there but we were always on the same page,” Michele recalled citing that the only thing she wished was different about her edit was that fans saw a more balanced view of her and Wendell’s relationship.

“It is shame the edit showed all of this negative tension all the time. That wasn’t true. We had our fun moments so I regret that is the way the relationship was shown,” said Michele.

Despite their connection Wendell didn’t vote for Michele to win. He picked Tony. Michele wasn’t disappointed, surprised or even bothered by that.

“I knew that Tony was going to win. If it wasn’t going to me, I was glad that it was Tony. I was totally fine with it. I didn’t expect to get many votes. I don’t hold that against anyone,” she said.

All of Natalie’s votes at the final tribal council came from the relationships she had made at the Edge of Extinction. She was already friends with Jeremy but she befriended Tyson, Parvarti and Ethan while they waited for their chance to win their way back in. As Natalie can attest to, the Edge was not an island paradise. 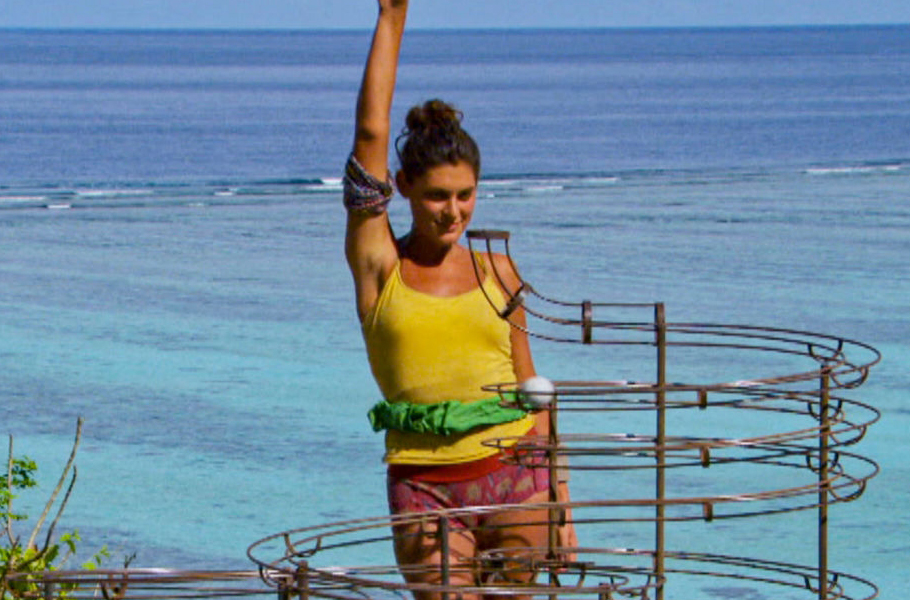 “The Edge was really hard and when I say it is hard, you know it is HARD. I have the ability to overcome uncomfortable situations but it took me a long time to be comfortable being uncomfortable on the Edge. It was emotionally and physically brutal! The extremes and the lack of food made it so, so difficult. That is the thing though that I can take away from this season. I knew I was physically strong but being able to mentally handle the Edge and keep my head in the game is something I am super proud of,” said Natalie.

Coming back into the game, Natalie admits she didn’t tell the whole truth to the Koru Tribe but that was because of her experience on the Edge and that she wanted to break up Cops-R-Us.

“It is true that people who arrived on the Edge were saying Tony was pulling the strings but I wanted people to question why they were with Tony. They needed to rise against him and get him out but I could not convince them to do so. They were just so stupid. They were all on the Tony bandwagon. When people came to extinction, they didn’t acknowledge that Tony and Sarah were a twosome. People would come to the Edge and say Tony is playing such a good game but then when it came to Sarah they didn’t have the same admiration. I was trying so hard to convince Sarah to get rid of him,” she said.

What also divides the team that worked so well together is their differing views on their Winners at War experience.

In spite of being proud of how she endured the mental and physical hardships on the Edge of Extinction, Natalie regrets letting the win slip through her fingers. 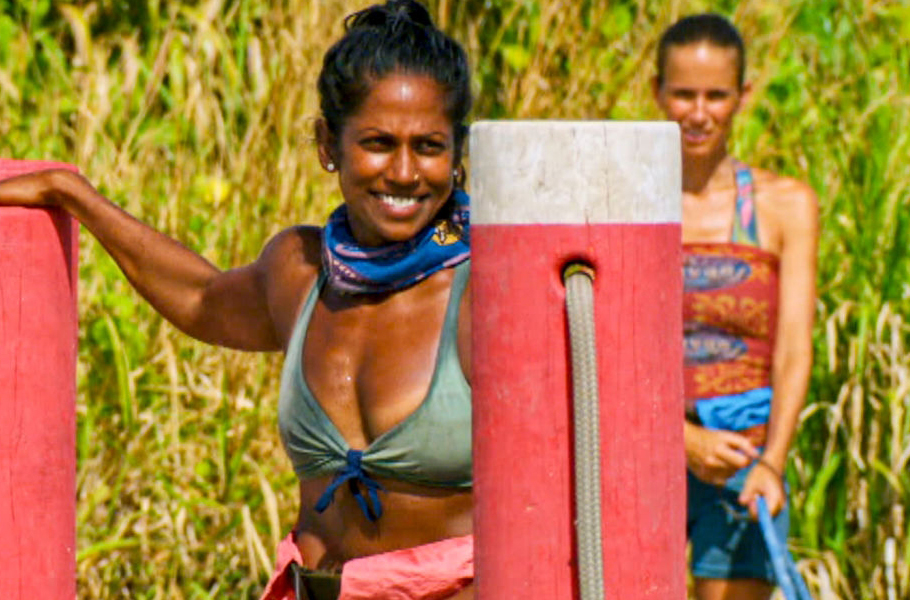 “This is the thing that is going to haunt me forever now until I make peace with losing $2 million which I am trying to do now because I have never lost $2 million like that before. (Laughs) It was a hard decision but I definitely thought Sarah was going to freaking beat him (Tony) on fire because I have seen Sarah make fire. As much as Sarah talked about how she wanted to make things even, women’s rights and she deserved as much credit, when push came to shove girlfriend didn’t show up. I was really upset because I wanted to sit in a final three with all women like I did during my first season. I just put too much faith in Sarah,” said Natalie.

For Michele, Winners at War was her redemption story. She feels good about the game she played…and would love to come back for more.

“I feel very validated. Part of me feels closure. I always think about the things I could have changed. If they (the producers) ever ask me back, you had better believe I will say…Yes. I don’t feel my story is completely over,” said Michele.