Survivor 35 Awards – Part Two - globaltv
Your browser is not fully supported. We do our best to optimize our websites to the most current web browsers. Please try another browser. ×
IN PARTNERSHIP WITH

Will it be a Hero, a Healer or a Hustler? All three tribes have played well and played hard but who will have the honour of taking this season home? As we wait to find out that answer, here is Part Two of our Survivor 35 Awards.

Winner: JP is voted out.

In one of the most surprising blindsides in Survivor history the new alliance led by Lauren votes off JP over Chrissy or Ryan as the balance of power shifts.

The Rumble in the Jungle Award

The most heated confrontation during the season.

Although there have been many disagreements this season the argument between Ben and Joe was the most personal. When Joe accused Ben of swearing on the Marines as a way of boosting his trust things became not only heated but also very, very personal.

Given to the player who made the biggest or most crucial move during the season.

Her scheme to form a new alliance with the people she picked to go on the Reward with her totally changed the complextion of the series.

Despite their erratic gameplay together they had their tender moments which were fueled by real emotion not gameplay strategy.

Awarded to the most cringe-worthy moment of the season.

Alan letting paranoia overwhelm him and actually making JP strip down to prove he didn’t have the Hidden Immunity Idol was awkward to watch. More an uncomfortable scene rather than a cringe-worthy one, former Marine Ben having to leave camp to centre himself after a piece of bamboo popped in the campfire illustrated how some veterans are haunted by the experiences they have endured.

Awarded to the most evolved Survivor.

Lauren really evolve her game throughout the series quite well going from floundering as a novice to making veteran decisions within weeks.

Awarded to the Survivor some just love to hate.

Joe made the most impact this season and it is very likely we will see him grace the island once again in the future. 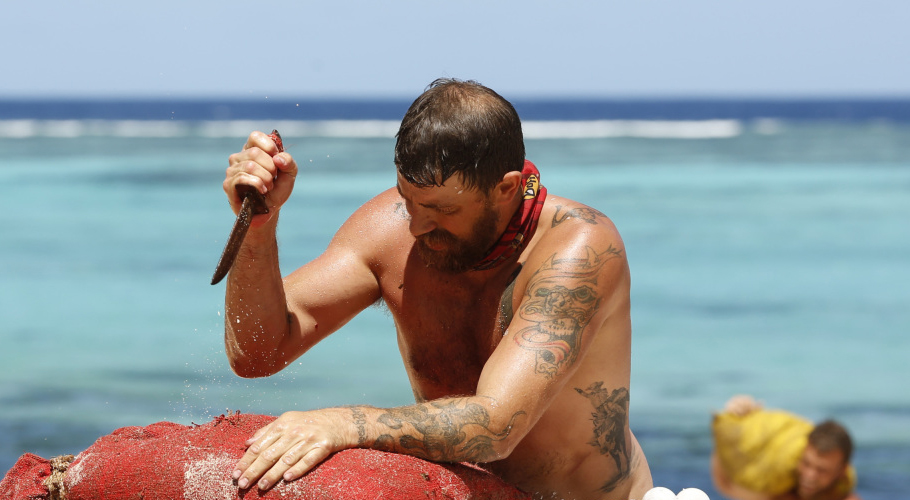 Ben and Lauren played different games but strong games. Both were willing to take the lead when they need to and impacted the game more than any other players did this season.

Watch the Survivor 35 finale on Wednesday, December at 20th on Global.