Ricard reveals secret Survivor scenes - globaltv
Your browser is not fully supported. We do our best to optimize our websites to the most current web browsers. Please try another browser. ×
IN PARTNERSHIP WITH

Survivor USA is famous for its heroes and its villains. It is rare though that a villain transforms into a hero during the very same season but that’s what happened to power player Ricard Foyé on Survivor 41. Even he agrees that he was edited as a bit of a dick when the season began.

“Let’s admit it. We all think we’re the hero of our own story. (laughs) I was watching the first three episodes and…I’m an asshole. (laughs) It was awful. Is this what I am like? I swear, I did say nice stuff out there. I did more than call Genie a “spare tire”. I did more than that. But then, as my story started to grow, it really just wasn’t in my head. I was playing this phenomenal game. Yes, they needed to create a story arc for me and that’s really awesome. I got to end on a high note and not everybody gets that so it’s really special,” he said.

One of the very best strategic players, bold, colourful and complicated personalities the series has seen in a very long time, Ricard was surprised that the producers didn’t show one of his most meaningful wins on the island. He won a reward challenge involving videos from home.

“We had a family visit kind of situation that wasn’t included or shown. I won the Pizza Under The Stars challenge. The four of us, Heather, Xander, Shan and myself got videos from home. I assume that would have given the audience too much emotion or sympathy towards me and since I wasn’t the winner you as a viewer couldn’t get emotionally invested in me. I believe that if Erika was there it would have been shown,” he revealed.

The reward hit home with Ricard whose family had endured a previous miscarriage and was welcoming a new baby when he was on the island playing Survivor. In order to keep playing to the best of his ability Ricard admits he had to try and put them out of his mind as best that he could.

According to Ricard what also wasn’t shown was how he and Shan bonded to begin with.

“I told everybody in my tribe that I was hard of hearing. That was not something that happened at the merge. That happened on the first day. Early on, Shan and I went to the beach and she confided in me that she was living with a disease. She didn’t say multiple sclerosis but I knew what she was talking about. I bonded with her because I have had lumps removed, we had this whole medical history,” said Ricard detailing how they made that very first connection. 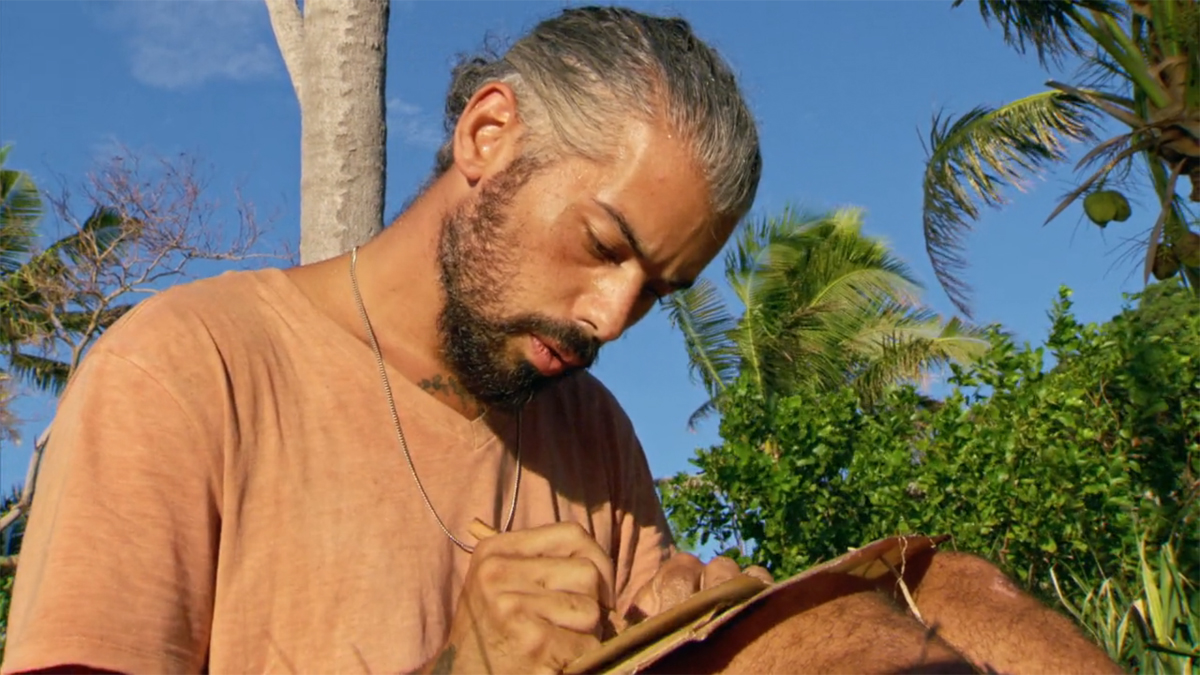 As a power couple in the game, Ricard and Shan had their ups and downs. They agreed and disagreed on strategy and the moves they were to make in the game. Ricard wishes though viewers got to see more of the ups from the downs.

“They showed us bicker a lot but they didn’t show that right after we bickered, had a power struggle, we would just hug and be fine a few minutes later. It was not heated around camp all the time. We were totally fine except for our little moments. I wish they had shown like how deep our relationship went. We knew we had each other’s backs always,” he said.

There came a time though when Ricard has to cut Shan loose, orchestrating a move that would send her to the jury in eleventh place. Ricard has no regrets about turning on his closest ally. He feels that if he hadn’t, he wouldn’t have gone any further himself.

“If she had proven herself to be willing to go forward with me, I would have gone forward with her. I really think she’s the only person who could have beat me in that situation. She’s a really amazing human being and really amazing on the island and strong. Shan, personality-wise and relationship-wise, she had me beat. Strategy wise, I had her beat,” he predicted.

Once he and Shan had a discussion about Deshawn wanting to vote him out, Richard realized he was expendable. She saw him as a “straggler” in comparison to the other alliance and allegiance she had.

“I knew about the all-black alliance. They would invite me over, occasionally. I saw what was going on. The fact that when push came to shove Deshawn was willing to take me out and she was okay with keeping me safe and getting him out when I was in danger but then when I was safe enough, she wanted to keep Deshawn? She was not prioritizing me so I had to get her out,” Ricard recalled.

Ricard says that in another conversation that was never shown, Shan had no trouble admitting that she would prefer ending their alliance when she had the numbers on her side.

“She was essentially telling me when she had four and an idol and I had three then I had permission. I wish we had figured out a way to be honest with our feelings because I was willing to go to the end with her and I actually think she was willing too,” he said.

Ricard was such a consummate, dedicated player that he continued making moves on the jury at the final tribal council trying to convince his peers that Erika was more deserving of the win than Xander and Deshawn.

“I didn’t want to have given up my spot for somebody mediocre. I’m not blatantly calling Xander and Deshawn mediocre but I didn’t appreciate their game the way they appreciated their own games. I appreciated Heather and Erica as a duo a lot more than those two individually. So, depending on who of those two made it to the final three that’s where I was going to direct my vote because it takes a lot to fool me. It takes a lot to actually get something past me. That’s why I didn’t give my vote to Xander because even though we have friendship, and I loved our friendship, friendship doesn’t get you a million dollars, game play does and he never had a move where I was like…Damn, Xander, you got me and Heather did,” said Ricard detailing how Heather and Erika fooled him when it came to the Liana and Shan tied vote at tribal council when Shan was eventually voted out.

Despite not making it to the final tribal council Ricard is proud of the game he played and how he adapted to it, actually changing who he is as a person such as being more laid back and willing to hand the reins over to someone else.

“I was able to switch who I actually am as a human to play the game and that is something I don’t think a lot of people can do. That’s why I’m so proud of myself. That’s why I’m really giving myself a pat on the back. I’m hyping myself up because most people they go out there with an idea but they can’t hide who they are. I said this on my audition tape. You can’t hide the person that you are but I was able to and that’s really unique and I’m proud of that,” he said.