Jesse Lopez: 'My Survivor experience is so bittersweet' - globaltv
Your browser is not fully supported. We do our best to optimize our websites to the most current web browsers. Please try another browser. ×
IN PARTNERSHIP WITH

Many believe, even reportedly the jury, that Jesse Lopez is the uncrowned winner of Survivor 43. Unfortunately, Jesse’s mind-blowing game went up in flames when he lost a fire-making challenge to the eventual winner: Mike Gabler. Because of that, Jesse’s Survivor experience can best be described as bittersweet.

John Powell: I have got to say it was tremendous watching you play this season. I came from a similar background and circumstances. What did it mean to you to share your story with so many people?

Jesse Lopez: It was incredible! Honestly, that was part of the reason I went out there to have a platform to potentially reach people, kids, young people who are in situations where they feel like the next step is similar to me when I was at that age. Next step: prison. I just wanted to show people it’s never too late to change. It’s never too late to turn things around. It’s incredible to have that sort of platform to be able to share that story.

John Powell: I keep my finger on the pulse of social media and you even made a comment asking what’s all this hate about? I didn’t understand it, either. It’s one thing to be sitting at home watching it. It’s far another thing to be on the show because sometimes people forget you’re not characters. You’re real people. How have you dealt with the criticism? 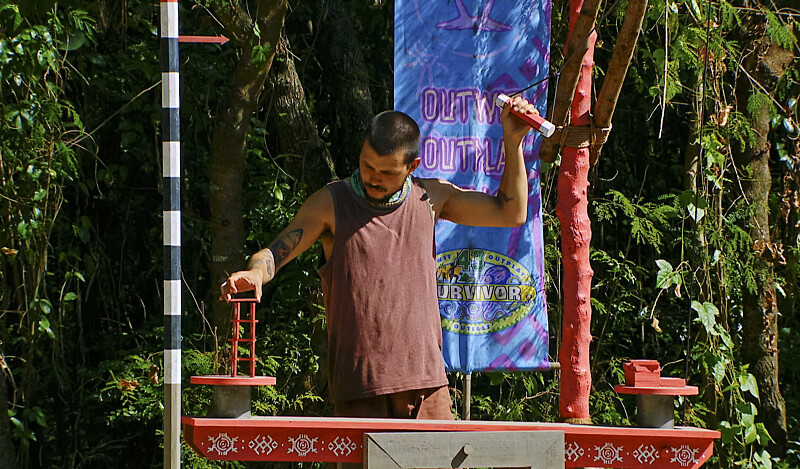 Jesse Lopez: So, I’ll say that like 95 per cent of the messages like it (my gameplay). They are very positive but there is a 5 per cent where they really dig in and they’re just throwing out my background. It is negativity. What I’ve learned is that if you send them a heart emoji they immediately turn around and they’re like: ‘Oh, my God! I was just having a bad day and I didn’t like what you did but I love your strategy’. (laughs)

John Powell: You really played on of the best games in the history of Survivor. Is there anything looking back that you regret?

Jesse Lopez: I don’t think there’s anything that I regret. My game plan was: What if I magically make it to final three? What if I make it through fire if I can make it final immunity? I don’t want there to be any questions asked that I played the best game. I wanted to be a short final tribal council. That’s my goal. I played that way and I don’t have any regrets. The only thing I’m looking back on and thinking is I wish I would have taken out Gabler. (laughs)

John Powell: I think everybody feels the same way. (laughs) I spoke to Cody about the big move you made against him. Looking back, how do you see it? How are you two guys now that the game is over and you’ve been able to decompress and all that kind of stuff?

Jesse Lopez: He choke slammed me. (laughs) No, we’re good. As soon as I saw him he gave me a hug. He gave me a handshake. What he’s told me is that as soon as I pulled out Jeanine’s idol it all sort of made sense for him. His words were: ‘I’m just glad that you didn’t take me out sooner. I’m glad that I got to have as much experience as I did.’ We’re good. I love Cody. He’s a lifelong friend.

John Powell: What I’ve heard from others is that as far as the jury was concerned they were pulling for you. That must make you feel really proud of your game knowing that it was respected.

Jesse Lopez: It’s so bittersweet. Honestly, that’s how I describe my journey. My Survivor experience is so bittersweet. Because you’re out there and you’re thinking you are playing a really good game but you don’t know for sure….I’ve talked to the jury and I might have swept it? That’s hard to hear but it’s also amazing to hear. 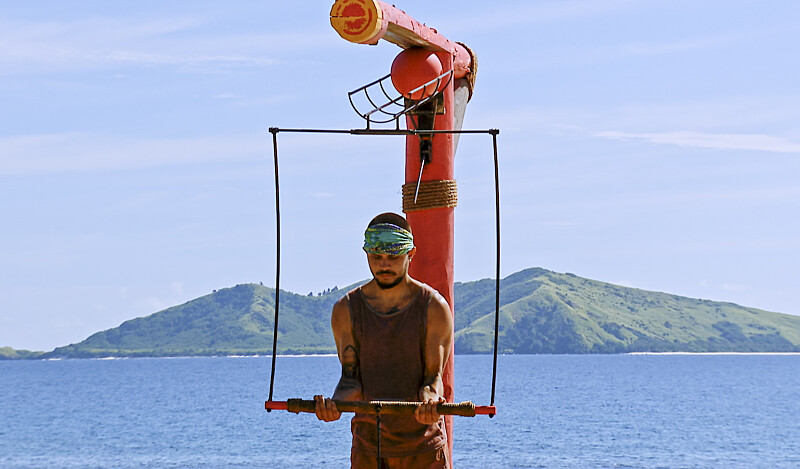 John Powell: You couldn’t buy a challenge win. Was there anything in particular that just threw you for a loop?

Jesse Lopez: I’m just gonna say I’m allergic to the word challenge. (laughs) I think that’s something that I might have said to Cassidy even on the island.

John Powell: Where I come from if somebody gives you something and there’s a chance that they’re not gonna get it back it isn’t exactly stealing. How do you look at how you obtained those idols?

Jesse Lopez: I’m building these relationships with people. The relationships I have back home though matters more. The promises that I made to my kids and my wife mattered more and so I was willing to do anything it took out there. You know what? If that means I had to steal and I know I’m still in it, I’m going to do it.

John Powell: Is there anything that was left out of your experience that you wish the producers would have shown?

Jesse Lopez: I have no complaints about the amount of time that I was on on TV but I will say that I think that one thing that sort of got left out to an extent was my relationship with Karla. As much as I was trying to trip her up out there and make her make her fall a little bit, I love Karla. We connected on a real personal level just because of our background and we ended up at Berkeley at the same time.