Geo Bustamante on his Survivor wins and losses - globaltv
Your browser is not fully supported. We do our best to optimize our websites to the most current web browsers. Please try another browser. ×
IN PARTNERSHIP WITH

For someone who wasn’t even supposed to be on this season of Survivor Geo Bustamante made an impact not only in the game but with viewers as well. Geo’s status as an alternate castaway worked against him from the very start.

“I was an alternate for the show. I wasn’t supposed to be on Survivor. So, when I made it to the show I already felt like that was already something that might work against me because people might see me like…Oh, you’re an alternate? You’re not supposed to be here,” he told GlobalTV.com.

Being labeled as an alternate, not being able to do what he wanted to do at the first challenge and being seen as smaller and weaker damaged Geo’s game right from the very start forcing him to play from the bottom.

“I felt like I should have put my foot down and said I wanted to do another part of the challenge but I remember James mentioned right before we started that his knee was hurting him,” said Geo. “That right there landed me in the battle from day one. As much as people didn’t want to tell me they looked at me like I was like the weakling from my tribe…I had to fight extra hard or harder than everybody else just to prove myself to people and that affected my future challenges because I didn’t want to do too much because what if I mess up on a challenge then that is another reason to put Geo in the bottom. But, at the same time this is Survivor and this is what I kept on reminding myself. This is why I came here. People are targeting me. People are talking about me. People are going through my bag and it’s okay because I came here to play the game.” 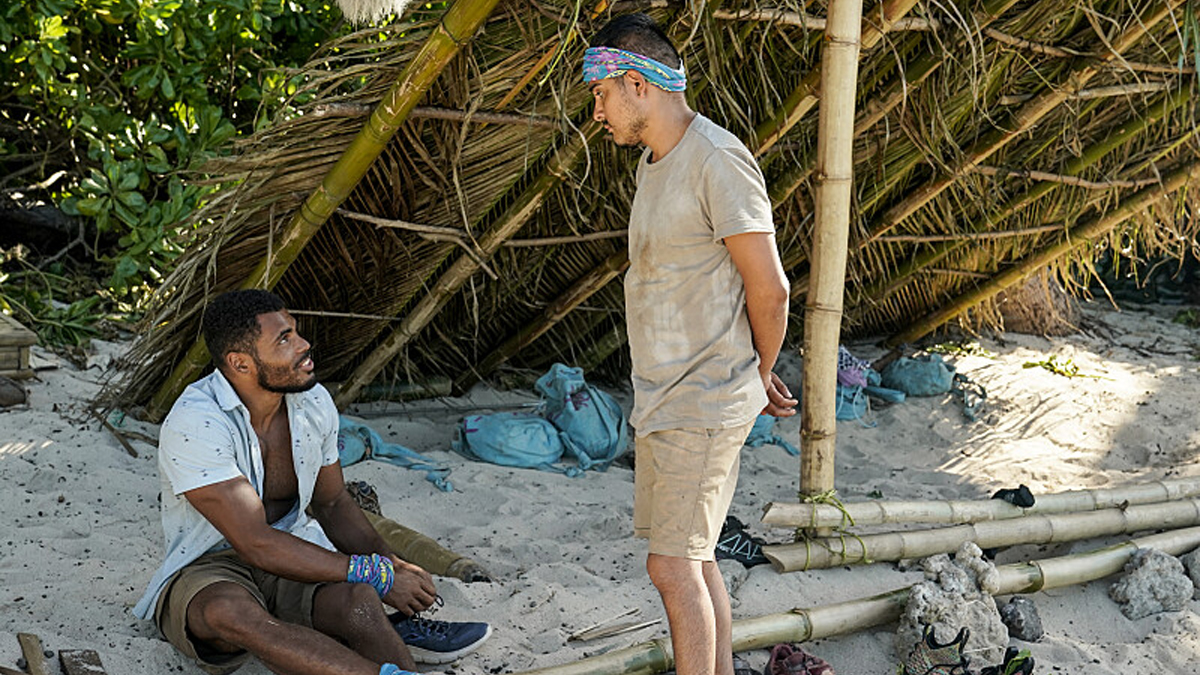 What put an already vulnerable Geo in further jeopardy was Ryan’s foolish decision to throw the immunity challenge. In doing so, Ryan set the stage for Coco to get rid of Geo. Ryan warned Geo beforehand. Geo argued that it probably wasn’t a good idea to go to tribal council for the second time in a row.

Ryan isn’t the only one who stuck it Geo either. Karla had convinced Geo that even though she was clearly playing both sides her loyalty lied firmly with Geo and Ryan. After Geo revealed his advantage to her though she was more than convinced that Geo had to go.

“I actually found out that she was working both sides. I ended up calling her out on that. I told her…Hey, I know you’re telling Cassidy everything and you’re working with them. If you’re working with us you wouldn’t be telling them the information that I’m sharing with you right now,” Geo recalled. 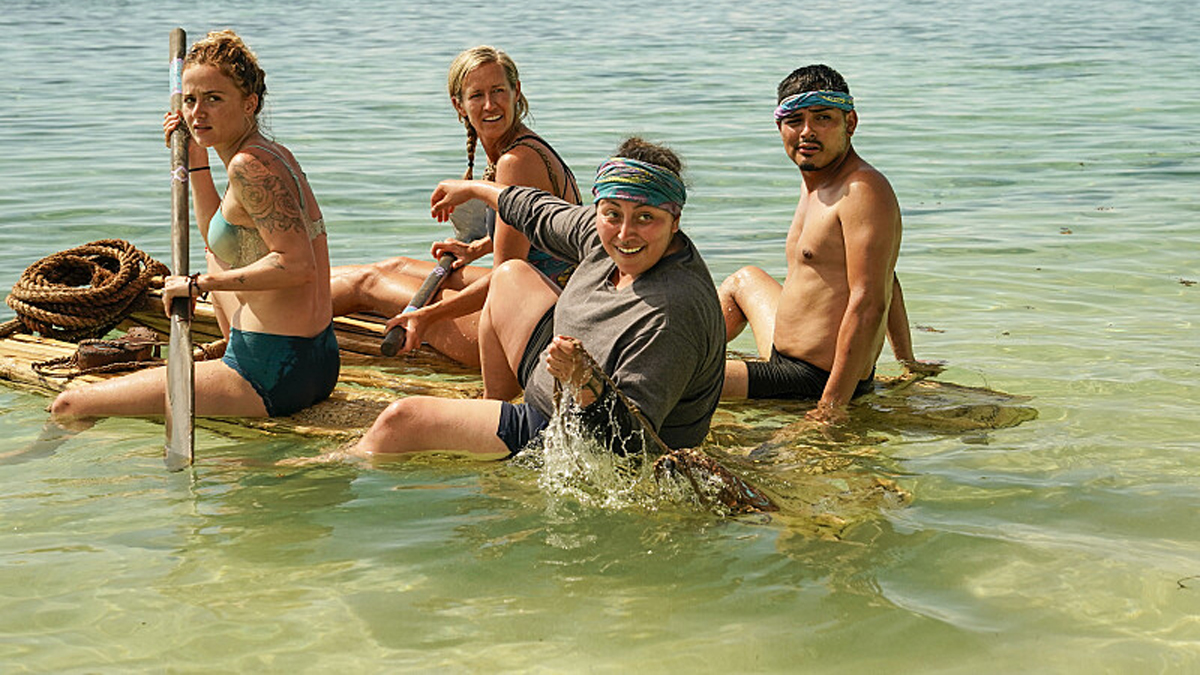 After her game was exposed Karla apologized to Geo pledging her loyalty to him and Ryan.

“I’m loyal in real life so I wanted to play a loyal game. Maybe that’s also kind of my downfall because Survivor and loyalty don’t really go hand in hand. I give Karla credit for that though. She played a good game deceiving me and that’s part of the game,” he said praising the educational project manager from Delaware.

Once Karla and James decided to flip on Geo there was no way for him to survive the vote. He couldn’t pull in Cassidy as their relationship had been rocky the entire time. Having a major blow-out about how to chop a Yucca plant was just the very start of their feud which Geo wishes the producers would have shown more of as one of their arguments led to a full-blown tirade by Cassidy.

“I remember she mentioned something about nobody listens to her when she speaks, in the real world men don’t listen to women. I thought…’How did we get here?’ I had expressed my frustration to Karla and Ryan then Karla went and told Cassidy everything. Cassidy then came and confronted me,” said Geo about another argument which wasn’t shown.

Geo also feels if the dispute was shown in its entirety it would have given viewers a different impression of him.

“If you walk into an argument and you only get to see one person’s reaction then you’re going to think that person is crazy and that person is coming for someone for no reason. I really wish they would have showed a little bit more of what happened. With me, I’m not bossy at all in the real world. I don’t boss people around but I think I came across that way based on certain things that I said and certain things that I said in my confessional. Those things could have easily made me look like I was being bossy or bossing people around or telling people what to do. I do have to own up to the fact that I was feeling comfortable at a point because I felt like Karla was actually working with with us but I think that there are certain things that they didn’t show that I wish they did so so they can give all of us more credit,” he said of the overall edit.

Of his Survivor journey Geo is happy though that he was able to share his story of being disowned by his family just for revealing he was a gay man. It was a heavy burden he had carried with him for so long. Despite the fact that they turned their backs on him Geo hopes his family might accept him for who he is one day.

“It was kind of hard for me to share my story at first because I didn’t want people to look at my family and think they’re mean people or bad people. They haven’t spoken to me in 17 years but at the end of the day I still love them. I still have love for them. I just hope sometimes that they can open their hearts someday,” he said getting a bit emotional mentioning his loved ones.

Even though he didn’t become the Sole Survivor, Geo is glad his story and universal message of love and acceptance has touched and inspired so many people both gay and straight since the episode aired.

“I want to inspire someone and show them you that I’m a very shy person. I had all these insecurities inside of my head of being gay and having an accent. At a point in my life I didn’t want people to know that I was gay but I’m here right now and you know what? It’s okay. Don’t let your insecurities and your fears get in the way of your happiness. Don’t let them stop your life and follow your dreams. To send that message to people and the love that I got back was amazing. I’m getting so many people from all over the world messaging me saying thank you for sharing this,” said Geo who is overjoyed that parents of gay children have shared their support with him too and that alone has made his time on Survivor worth while.