Elie admits her Survivor flaws, praises Gabler - globaltv
Your browser is not fully supported. We do our best to optimize our websites to the most current web browsers. Please try another browser. ×
IN PARTNERSHIP WITH

For good and for bad, Elie Scott played Survivor on the island like every day was her last. An unapologetic power player Elie invited confrontation, plotting and scheming simply because she was having so much darn fun playing the game and wanted to make the most of it. Although it may be odd to hear, Elie openly praises her arch-nemesis Mike Gabler.

“I never pulled back but I always thought about it. Like every single day, I’d be like…’Today, I’m just going to take it easy. I’m not going to stir anything up. I’m just going to relax.’ Then, lo and behold, like two hours later, I’m: ‘How do we do this?’ I was having so much fun and I was living my dream of playing Survivor that when opportunities presented themselves I was just all in! So, I really had a hard time with restraint. (laughs) I think that’s something that Gabler did really well, keeping that information and holding onto it until the right time. I would get information and just be so freaking excited that I would not hold on to it and it would be the wrong person and the wrong time,” she laughed again.

Elie feels a sense of peace after watching her Survivor journey play out before her eyes on national television. 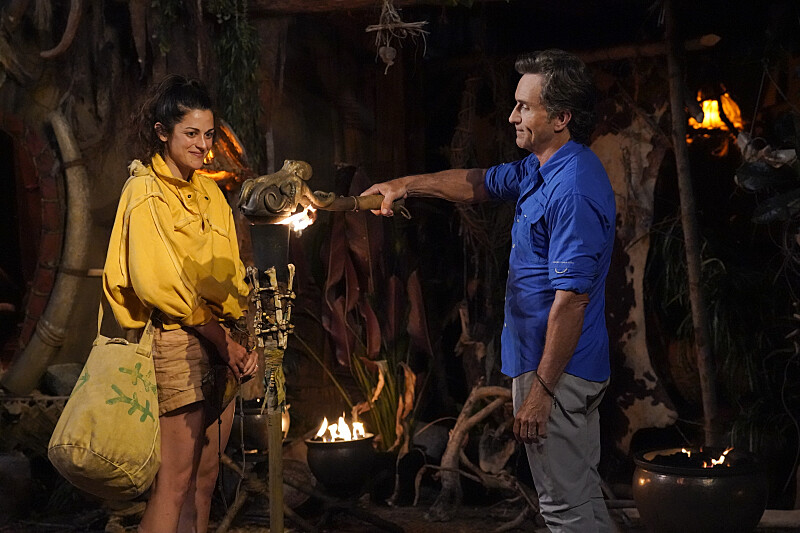 “I obviously have known this is coming. I feel like it was very steadily gaining pace and momentum every episode. I could feel it coming and so today to be able to just talk about it and is actually a really big relief,” she said smiling.

Elie’s rivalry with Gabler was a big part of her Survivor story. Even though she initially wanted to work with him and keep the Baka strong into the merge, things were off the rails very quickly when Gabler began struggling with the physical aspect of the game and became her target. There was no mending or repairing the trust or their relationship.

“It was looking like if we had to go back to tribal council and for the sake of keeping the tribe strong that he might have to be voted out. That’s just how I felt. Then, the whole debacle with the bag went down and I feel like it was downhill from that point forward. He had this information. He knew that I had done something sneaky or at least was part of something sneaky and that changed our dynamic…It all makes sense from his point of view. Gabler deserves to hate me after my desire to want him out. I just kind of blindly was stumbling through our relationship after he figured that out on day four,” she admitted. 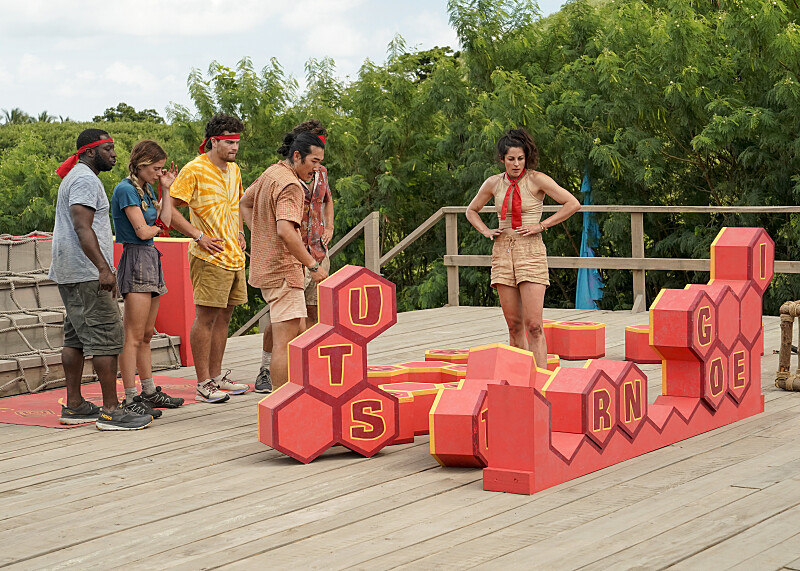 Elie does wish though that the producers would have shown what led up to the tribe coming up with the plan to search Gabler’s bag in the first place.

“I wish maybe that they showed some of the initial thought process about the game as my first thought with that was I just wanted to ask him straight up: ‘Hey, does your idol work? I can’t remember the instructions.’ I think it would have been a total non-issue. But, once we all kind of started mulling it over there was a lot of questions about this and that and so it ended up becoming way bigger than it ever should have. I wish that they had at least shown that the first thought was why don’t we just ask him and then that was convoluted by have four different opinions,” she said.

Sami and Owen were of course part of that decision-making process. Elie was surprised to watch the season back and see that they were not nearly as loyal to her as she was to them.

“I thought that we were allies. I thought that we were working together and so I personally I think that it came off often that I was like feeling overconfident in my position. I felt like we had an equal partnership because we all talked a lot. I was really, really surprised by the footage…I was that invested in our relationship and friendship. That I think was a big part of my downfall. I wasn’t skeptical enough. Just because we liked each other and we like to spend time together does not mean that they wanted to be aligned with me moving forward,” she said.

What surprised her in a positive way was how Jeanine continued to stick by her and fight for her even when supporting her was a detriment to Jeanine’s own game. She was grateful that Jeanine extended that loyalty to her. Elie wasn’t upset or disappointed that Jeanine didn’t play her idol for Elie as she had promised at tribal council. Although we, the viewers, didn’t see it, Elie actually waved Jeanine off from playing the idol for her.

“I think the two of us were really, really invested in the idea of keeping the five of us together and didn’t lose a challenge after the first immunity challenge. I felt really motivated to get all of us to the merge…I think Janine was of the same mindset and truly believed with me that we were all on the same page, even though there was this kind of blunder that needed to be repaired. I think that we both were really trusting…I think some would call it (not asking for the idol) overconfidence. It wasn’t so much overconfidence in myself as it was being overly trusting with the people that I thought I was working with,” she explained.

Those people included again, Sami and Owen, who she thought would be true to their word and were mitigating the damage Gabler’s reveal had caused.

“Sami, at least said that he was gonna go do that. I would kind of like overhear conversations, right? I’d be there for a second. He’d be like…’It wasn’t her, I swear!’…and I apparently I would walk away and he would be like…’Bro, we got to get her out right now!’ I mean, he was just doing it. He was doing a really good job. I had no clue until later on and so they definitely got me,” she admitted.

Elie hopes that her Survivor story teaches fans a lesson about patience but also that they learn from her personal story of how her sister struggled and eventually was overcome by substance abuse. Elie, a clinical psychologist, has some advice for those who are coping with similar circumstances.

“The first thing I would say is be compassionate with yourself, a family member of a loved one who is struggling with addiction. You’re coping with it and doing the best that you can to get through it. I think that’s something that I carried with me a lot of like having to create distance from my sister. After she passed away I harbored some guilt about that. What if I had reached out more? Being able to take a step back and I saw that I spent 17 years of my life reaching out and trying. It’s hard to get past but take a step back and try to be compassionate, especially to yourself,” she advised. “Something that I’ve said a lot to my family is that if love was enough that she would still be alive. She had lot of people who loved her and were in her corner. It was just so far out of everybody’s control but that’s just the nature of addiction.”