Cody reveals Jesse's scheme was far more devious than we thought - globaltv
Your browser is not fully supported. We do our best to optimize our websites to the most current web browsers. Please try another browser. ×
IN PARTNERSHIP WITH

There are times when you can forgive and forget but this isn’t one of those times for Cody Assenmacher. Last night on Survivor his closest ally in the game not only stabbed him in the back but he used his own idol to do it.

The usually easygoing, carefree spirit is still furious about how Jesse betrayed him at tribal council.

“I’ve never felt such emotion in my body before. I have never had that. It was a numbness that overtook me. Do I chokeslam him into the fire and punch him in the face? Do I roundhouse kick him into the rest of the jury? I don’t know. I was pissed! I took the high road…I respect him for the gameplay that he had. It sucked, there’s no doubt about it. I’m glad I didn’t do any of those first options and I just took the high road,” said a still heated and bitterly disappointed Cody.

During last night’s episode Jesse did explain why he felt he had to send his best friend in the game to jury. 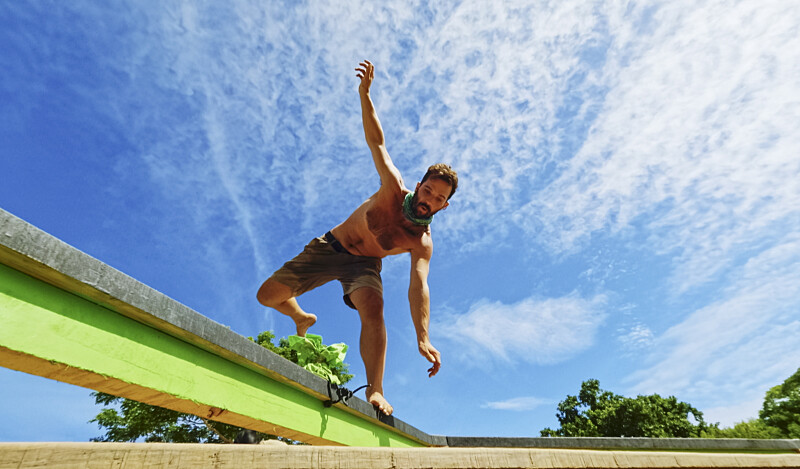 “Cody’s plan is great for him but taking out Karla, the biggest threat in the game, would boost his resume. We are at six now and I cannot be seen as Cody’s number two and they see that I made the same moves as Cody. He is a little bit louder. It might be time to be openly cutthroat but at the same time there is a lot to think about. I love Cody and he might take me to the end but I have to wonder if I can beat him. I’ve got two kids at home. I have a wife. People are out here saying this is so much fun. No matter what, we’ve already won. They want the million but this is all about the experience. For me, no. The experience is great but for me, I need to secure my family’s future,” he said with his voice cracking and tears welling up.

Cody was not impressed with what Jesse had to say.

“I’ll be honest, it didn’t sit really well with me because we all got bills to pay. We all got family. You know what I mean? Don’t act like you’re the only person that’s got mouths to feed,” said Cody.

What wasn’t clear from the episode was whether Cody actually gave his idol back to Jesse or did Jesse use Jeanine’s idol to give Owen safety and exposing Cody in the process. Cody confirms that he actually did give his idol back to Jesse after he showed it to Karla but Jesse’s scheme was far more devious than fans might have thought. Cody returned the idol to Jesse because Jesse convinced him that Karla might have a Knowledge is Power advantage and could steal his idol from him. Cody returned it to Jesse for safe-keeping never guessing Jesse would use it against him.

“I gave it back to him because I trusted him more than anyone,” said Cody who at the time believed that if he did ask for it back it would be breaking Jesse’s trust in him at such a crucial point in the game.

What rubs salt in the wound caused by Jesse’s double-cross is that Cody would have taken him to the end with him.

“I was committed to Jesse so to me it didn’t matter as long as one of us won the million bucks. The other person I would have brought was probably Gabler…I’d be more than happy to tell my story and it wouldn’t matter. I think I had a shot at winning it with any of them but those were the three that I had planned to go to the end with,” he revealed.

For Cody there was one moment on the island that changed the way he thought he was going to play the game. It was when he had to vote out Nneka Ejere. She was like a mother figure to him. After that, any thought of just tearing through the game and voting out people without any remorse just evaporated after that vote.

“I am a mama’s boy and I’ll never forget sitting on the beach. I had this heart-to-heart with her. I picked her a bouquet of flowers and we talked about kids. I talked about my relationship with my family and that was a moment that really changed my game for the rest of the time. I kind of mellowed out after that. Before that I was ripping and roaring but that really mellowed me out, probably for the better,” he said acknowledging that he spent more time with the other castaways than he does his own parents every year so there was that emotional attachment that he didn’t figure into the equation or experience when he first stepped foot on the island.

As a juror Cody wanted the winner to be the most well-rounded player and the person who respected the game the most. As for his own Survivor journey though. Cody has some unfinished business with the island gods and the game itself. He desperately wants to play again.

“Did you watch last night’s episode? (laughs) I need some revenge and I need to avenge! Absolutely! That’s something I got to avenge, bro!” he said.