Cassidy blames Karla for Survivor loss - globaltv
Your browser is not fully supported. We do our best to optimize our websites to the most current web browsers. Please try another browser. ×
IN PARTNERSHIP WITH

It will go down as one of the most surprising finales in Survivor history. Just when it looked like challenge beast, meticulous strategist Cassidy Clark had secured her place in Survivor history, Gabler managed to seemingly snatch victory from the jaws of defeat.

According to Cassidy herself, Gabler’s victory wasn’t as simple or as easy as that. She claims he had a lot of help on the jury.

John Powell: How are you doing today, Cassidy?

Cassidy Clark: I’m waking up to something I’ve been processing for a while but you go through it over and over. Was it all just in my head? Did I even have a chance? You re-watch it back and to see everybody as surprised as much as I was kind of validates that I wasn’t crazy for thinking that I was winning. I am depressed all over again because I was hoping maybe it was just in my head and I didn’t deserve it anyway.

John Powell: You must be proud though of the game you played. 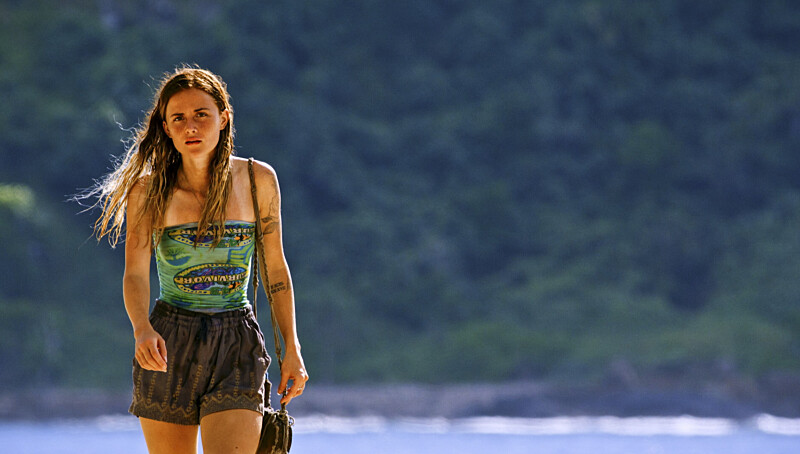 Cassidy Clark: I’m so proud! I’ve been watching this show since I was a little kid so to be able to go out there and live out my dream to see it all the way through to the very bitter end and to have won three immunities I believe that I can say I was challenged! I’m not very athletic person and I’m pretty clumsy. (laughs) I just think that’s hilarious and amazing! I did leave everything out there. I did all that I could. I feel super proud of the game that I played. I’m glad that people also respect what I did to get to the end and how I played. That means so much to me as a super fan.

John Powell: Watching last night I was very confused because you seemed to be the sure winner. You’ve played a meticulously game and were making crucial decisions all the way to the end. Based on what you know what happened with the jury? Why did they side with Gabler over you?

Cassidy Clark: So it’s hard because I can’t speak for them, right? All I know is what I’ve been told. I’ve been told very mixed things. One of the things as soon as I got out of the game I was told that somebody (I won’t name but you can probably guess) basically slandered my name to the jury as they promised they would. They have denied that but at the same time they also told me that they (the jury) had already basically decided on Gabler as the winner together at Ponderosa so there was nothing I could have done at final tribal. It just felt weird in what I was told and how I everything went down. I still don’t understand. I don’t want to take away from Gabler winning but at the same time we (the finalists) were pretty surprised. I don’t know what else I could have done. I really don’t know if it was a super unbiased decision. 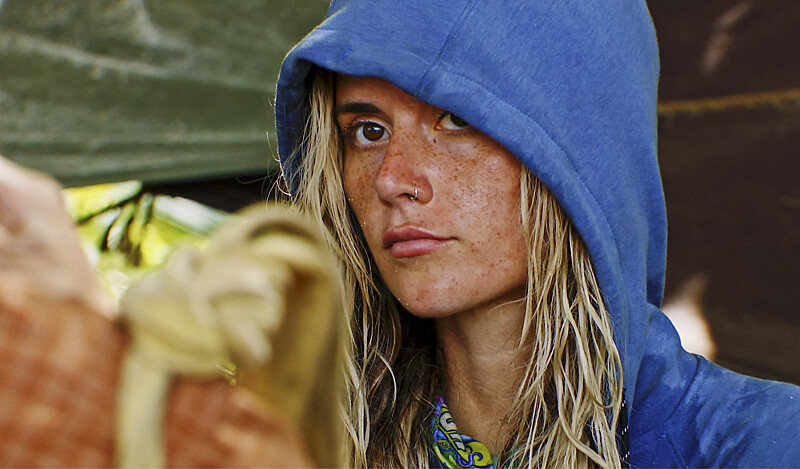 John Powell: It was very odd because you didn’t play a dirty game. It is not like you were cutting people underhandedly left, right and center. I was left very confused and I’m sure you were too.

Cassidy Clark: I just remember everything that Gabler said. The jury was laughing. He spent 70 per cent of the tribal talking. I just remember that it didn’t matter what he said people were just like laughing and smiling even if his answer didn’t really make sense to me. Whenever I would say anything I was getting attacked. At the end, you fight for your game and even if I tried to say anything people like Ryan were jumping to his defense. It felt like they were closed off to me from the start and super open to Gabler. It’s almost like they wanted to vote for the person that hurt them the least in the game versus like who actually objectively played the best game at the end.

John Powell: Do you regret taking Gabler? Would you have made the same decision all things considered?

Cassidy Clark: I think I would have made the same decision. I don’t think I was wrong for perceiving things the way that I did because truth be told everybody wanted him in the end. Nobody ever said we need to get him out, he’s a threat. We didn’t want to waste a tribal council getting out somebody who we didn’t perceive as a threat. You saw the final eight and everybody was pretty much a threat. I feel like at that point he obviously played a great social game but in the other aspects of the game I didn’t think that he had a huge amount of sway. I thought they would consider all three of those things (strategy, social game and competition wins) and maybe who played the most well-rounded game which I had felt was me.”

Cassidy Clark: I think we are just two different people. It’s hard for me to get into her mind and explain why she did that because I don’t think I would have handled things the same way. The conversation on the beach was really tough because of the things she was saying. It hurt me that she would come after me the way that she did at the end especially since we had played so closely together. I don’t know if she ever actually saw me as like a true ally but more as a means to an end. I think that when the time came, and I think the fact that I had set myself better at the end to get to final three, she might have been more upset with herself but took it out on me and blames me for that when it wasn’t my fault. You can’t blame me for playing the game. I was like a pawn in her game which was not the case. I think whenever I got the better of her it hurt her ego a little bit and then she took it out on me.

John Powell: Is there anything about your time on the series that you wish had made the final cut of the show?

Cassidy Clark: I think in general a lot of my strategic game wasn’t shown and my relationships. I had really close relationships with like someone like James. I felt like me and James were closer than Karla and James. I had a good relationship with Jesse. We both planned to target our allies. There was just a lot of gameplay of mine that really wasn’t shown. It was kind of a bummer because if I had won they would have shown a lot more of that. I played a good game. I think we were all surprised by the outcome.

John Powell: One more question, Jeanine especially brought this up to me. She talked about “player paralysis” in the sense that it seemed that if you made big moves, if you stepped into the limelight, you were cut down. Is that the feeling you got this season?

John Powell: I think we’ve seen enough Survivor at this point to be afraid of the people who make those big moves. We’ve seen a lot of the times those people get to the end and it’s a landslide. I think you have to be really careful about when you decide to make these big moves and once you do, do you have the backing to be able to get to the end or is everybody gonna turn on you? I remember at tribal counsel Jeff Probst would kind of push the agenda of big moves. I would always say the big move is very often not the smart move.