SNL: John Mulaney Hosts for Second Time Within Year - globaltv
Your browser is not fully supported. We do our best to optimize our websites to the most current web browsers. Please try another browser. ×
IN PARTNERSHIP WITH

All New Weekly | Up Next: Keke Palmer

John Mulaney has quickly become one of those guys who’s always around SNL, like Dan Aykroyd in season 27, Christopher Walken in the 1990s, Alec Baldwin over the past three years or Steve Martin for the past 44 . Mulaney hosted in April of last year (with Jack White as musical guest; the same legendary episode that Robert De Niro and Ben Stiller appear as Robert Mueller and Michael Cohen, respectively), and he made a cameo last March as well. He’s already appeared this season, when his new best bud Pete Davidson brought him on Weekend Update to talk about a Clint Eastwood movie, of all things.

(For anyone who didn’t noticed, Mulaney’s hosting gigs seem to be preceded by a Weekend Update cameo about a month to a month and a half before the hosted episode – this could be a trend)

That makes four appearances within the year. Way to go, John.

SNL cast member Pete Davidson and John Mulaney have recently and publicly become very close friends – they’ve been doing stand up together, wearing each others clothes, and generally doing what normal friends do – like court-side seats at basketball games. 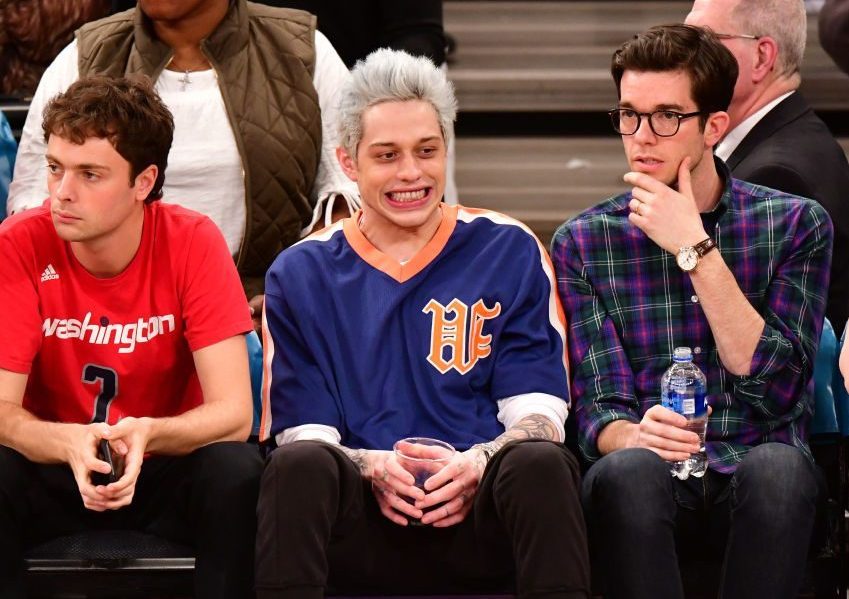 Well, maybe they do things normal celebrity friends do.

Mulaney has a zany-yet-wholesome style of humour, kind of like Freakazoid! meets Norman Rockwell. And last year he resurrected a few of his never-made-it-to-air sketches from when he was writing a way back, including the bizarre smash hit Diner Lobster which turned into a really quick rendition of Les Misérables. Hopefully he’s got a few more in the backlog that are as unique and, well, out there as that one, because sketches have been feeling a bit safe recently; Kyle Mooney isn’t getting much screen time these days and there’s no one even close to Will Forte in the cast now, in terms of providing a “what did I just watch” type of content. Mulaney shares that philosophy, not always, but enough to have one or two this Saturday to liven things up.

Remember, the SNL alums bring a different kind of energy when they host – it’s homey, like all the cast members are at ease because they’re not working intimately close with a one-off stranger. It’s family.