SNL Weekend Update: Summer Edition Launches Aug 10 on Global TV! - globaltv
Your browser is not fully supported. We do our best to optimize our websites to the most current web browsers. Please try another browser. ×
IN PARTNERSHIP WITH

Saturday Night Live‘s 43rd season looms on the horizon. While no premier date has been set, the folks at SNL are eager to show off their stuff as soon as possible. Enter: SNL Weekend Update: Summer Edition! 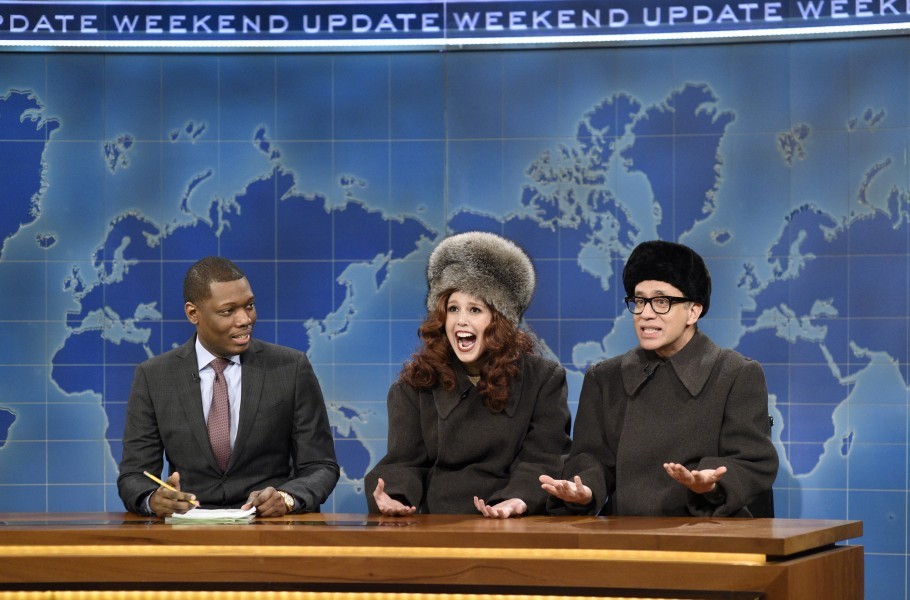 Hopefully these friends of Putin will return to give an inside perspective on just how much colluding went on (Photo by: Will Heath/NBC/NBCU Photo Bank via Getty Images)

This limited series, premiering August 10th at 10 ET/PT on Global, will give you four half-hour episodes of brand new content, Update style. That means twice as much Update as your regular old SNL episode.

It certainly hasn’t been a slow summer for news — President Donald Trump has kept busy with his two favourite things: Tweeting and firing. SNL Weekend Update: Summer Edition is arriving just in time to join the ranks of its contemporaries, like The Late Show‘s host Stephen Colbert, in giving Trump some serious roasting, while rewarding the rest of us with the satire we so richly deserve and need in these dark times. The mere fact that the SNL news satire team is rearing its head on the off-season is a sign of what dire straits we’re in: this is the fourth iteration of Weekend Update to air, two of which were election-focused in 2008 and 2012.

The Weekend Update segment has been a staple of Saturday Night Live, being present in the very first episode and nearly every episode since (though occasionally under a different name, particularly under the messy Dick Ebersol years). It was created by then-cast member Chevy Chase, and has been anchored by such greats as Jane Curtain & Dan Aykroyd, Dennis Miller, Tina Fey & Jimmy Fallon, Amy Poehler & Seth Meyers, and Norm MacDonald (who opened each segment with, “I’m Norm MacDonald, and now, the fake news,” decades before a certain President used it as his personal deflection). Current anchors Michael Che and Colin Jost will star in the special summer series, and you can  expect all your favourites from the rest of the SNL cast to guest — maybe even a visit from Alec Baldwin himself, who has indeed confirmed to return as Donald Trump for the show’s 43rd season (though unfortunately, we may not see Melissa McCarthy anytime soon, as Sean Spicer no longer has a job!). 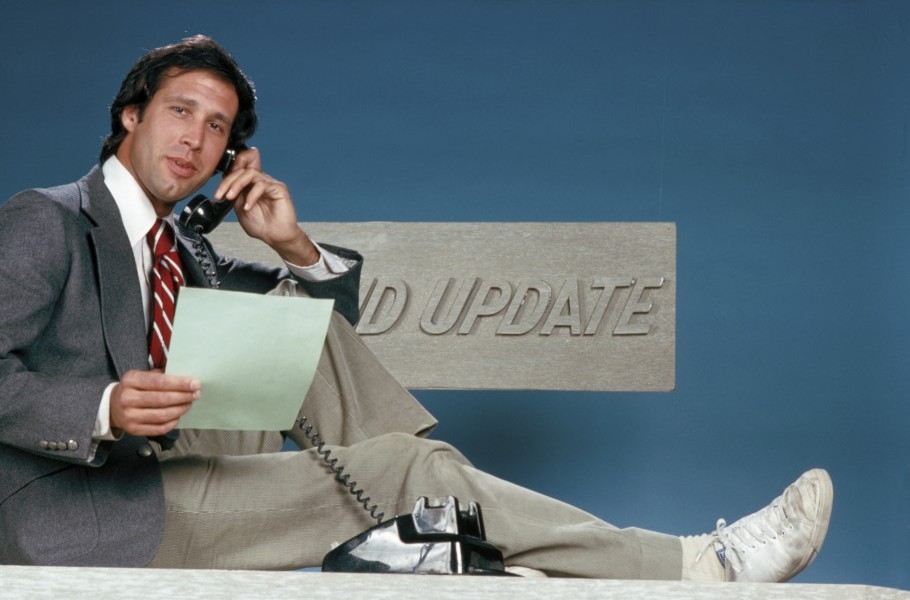 The father of Update pretending to work (Photo by: NBC/NBCU Photo Bank via Getty Images)

So while you patiently await the big premier of Saturday Night Live‘s 43rd season, you can catch up on the weekly news in the funniest way possible for the rest of August by watching Weekend Update: Summer Edition, Thursdays at 10 ET/PT on Global! Catch up on full sketches and episodes online the day after broadcast on GlobalTV.com/SaturdayNightLive