Stephen Nichols & Mary Beth Evans: "We love each other, and we have since the very beginning." - globaltv
Your browser is not fully supported. We do our best to optimize our websites to the most current web browsers. Please try another browser. ×
IN PARTNERSHIP WITH

Over the years, Stephen Nichols and Mary Beth Evans have played beloved characters on the daytime soap Days of Our Lives.  Their relationship, which has stood the test of time both on and off screen, has been cherished in the minds of Days fans who have been watching them throughout the decades. Somehow, these two always find their way back to each other. Global caught up with Stephen and Mary Beth to talk about their recent on-screen wedding, their passions outside of acting, and that thing that makes them click.

Some couples have an it factor that makes fans fall in love with their relationship. I would say you two have that it factor. What’s behind the chemistry you’ve had over the years?

Mary Beth: We love each other. {laughs}

Stephen: We love each other, and we have since the very beginning.

Mary Beth: We’ve been on other shows and it’s just not the same. Sometimes, once in a while, you meet the person you click with, you trust and you love, and we’re lucky that it’s come around again.

Stephen: We have a genuine affection and respect for one another, and that started from the first time we met. That was sheer luck and we’re very grateful.

Steve and Kayla have had so many amazing storylines over the years. What has been your favorite?

Mary Beth: I liked Emily and Gideon a lot because we got to re-do our love story which is nice. And we had costumes, and locations, and accents – it was just so much fun. I would say, in my memory, that was probably my favourite.

Stephen: There’s a lot to love about that storyline- being on location and doing all the period shots. I have to say this last run that we’ve been doing is one of my favourites because of the fact that we had to come together. I had to fight to get Kayla back and she resisted all this time, and we had a few bumps in the road because of the Ava business. I think it’s been very well written and it’s been fun to play for the most part.

Adding to that, is there a storyline or situation that you’d like to see your character in that you haven’t done before?

Mary Beth: Maybe I could go on some detective caper with him. I would add a little bit of light-hearted comedy. That would be fun. 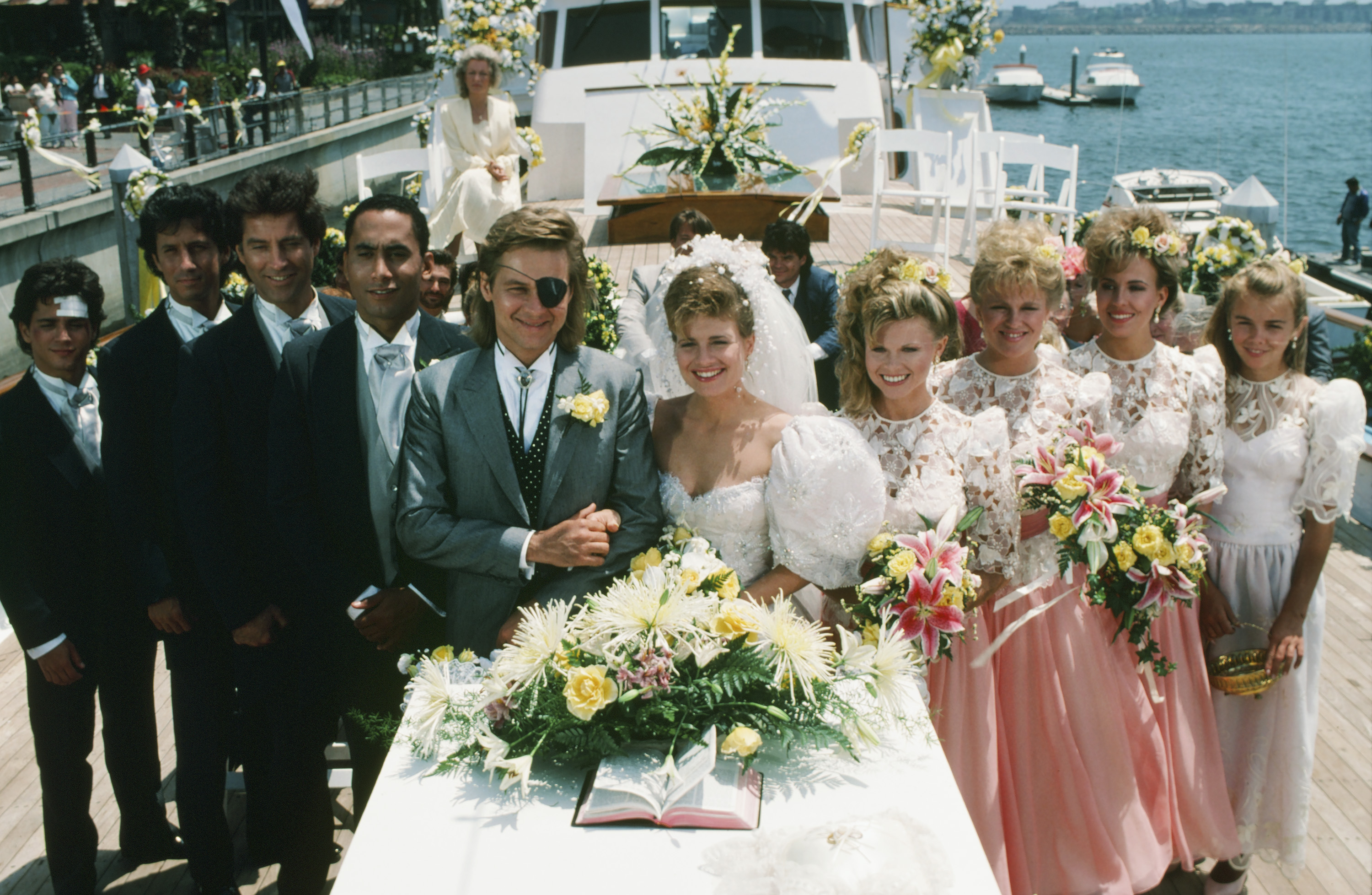 Stephen – We’re big fans of The Young and the Restless fans here at Global, so we’d love to know how your experience was on Y&R as Tucker. Do you have any favourite moments from filming with Jeanne Cooper?

Stephen: So many favourite moments with Jeanne Cooper. I loved her so much. She was so welcoming to me on my first day. We had such a strong connection. At the very end of the first scene I did on that show, everyone else had left the room, and she was there. She challenged me and said that I was acting like a child. We looked at one another and we were in the pocket. From that moment on, we had such a great working relationship. I’ve loved her so much and I miss her terribly.

You’ve both been on the show on and off throughout the years. How was it reconnecting, and was it difficult to just pick up where you left off?

Mary Beth: We were never out of touch with each other. When we weren’t working together, we were still getting together for lunches. We still talked. For us, it wasn’t time gone by because we were still connected. I was really happy when he came back again because everything seemed right and in place. It always seems a little off when he’s not here. This place is funny. You can be gone a long time and walk back in and it’s exactly the same. It doesn’t feel different. It’s weird like that. 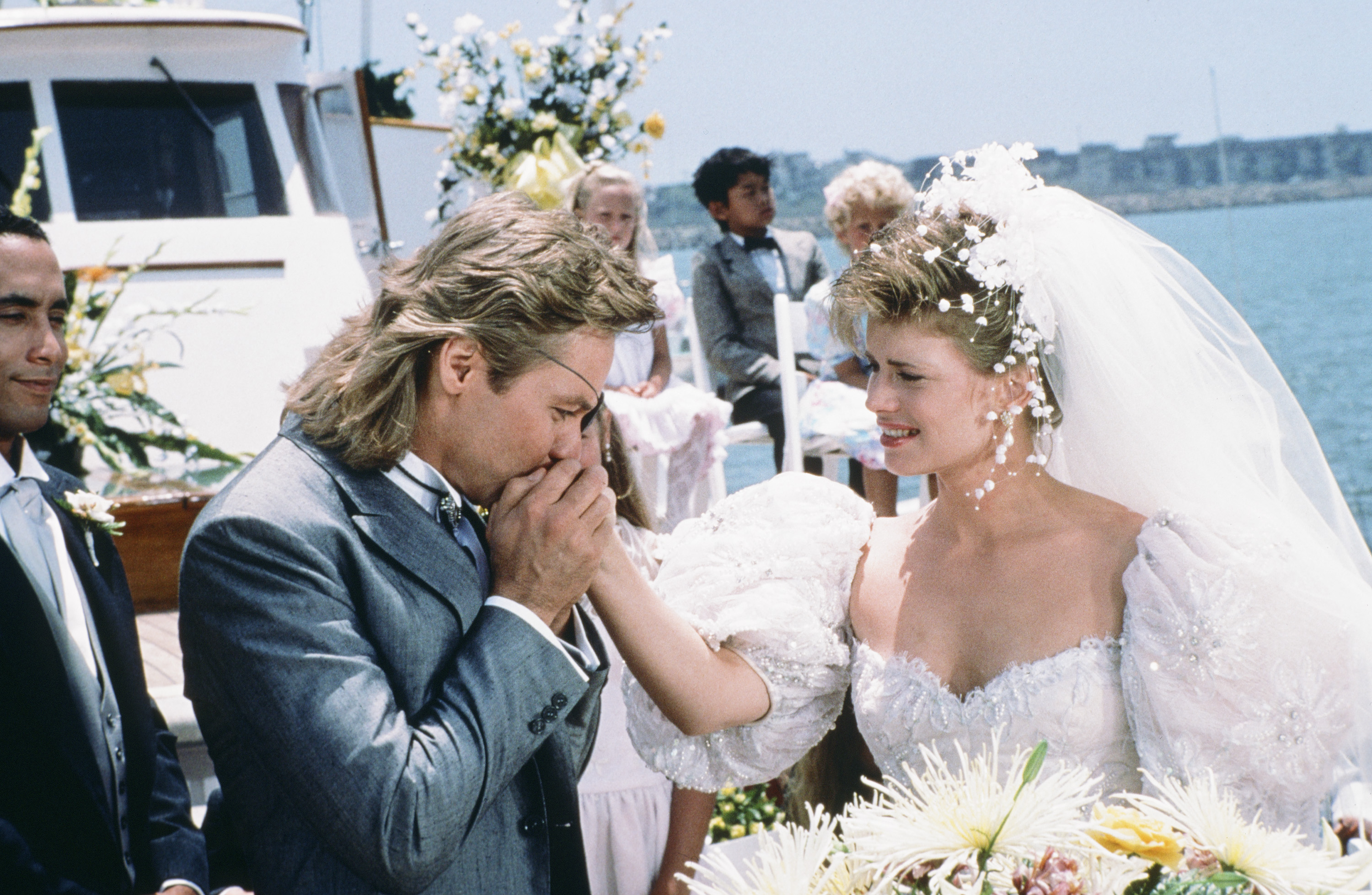 I think everyone wants to know- how do you go about memorizing lines for a show that airs every single day?

Mary Beth: That’s the part that’s really hard. I said to my friend the other day when I had to two shows to learn in one day- I said, when we’re all old,  I’m either going to get Alzheimer’s or I’m going to pop a fuse and blow it out with power memorizing. Everything else about this job is incredible, and can’t be beat. That’s the thing I think that’s the struggle.

Stephen: You just don’t want the lines to be in the way. Whoever you are, whatever your method is, you have to do whatever it takes to get those lines so solid that they’re not in the way.

Mary Beth: There’s too many people standing there for you to be flippant about it. You really have to be on your game. It’s a very fast-moving thing – you just have to be ready to rock. You work on it at home all the way up until they say “action.”

Stephen: I remember someone asked Anthony Hopkins about lines and stuff. He said, “I just have to know it by rote.” I never forgot that.

Mary Beth: That’s why when people say, “What’s your favourite scene?” It’s so hard to remember because we so barely have this memorized, and when you walk away from it, you let it go.

What are some things you’re passionate about other than acting?

Stephen: Yup. I’m passionate about my grandkids. {laughs} And I like woodworking. I like to make things. I made some beautiful toys for their first birthday. One was a rocking dragon and one was a bulldozer car. All hand-made and hand-painted. The other thing is, I like to paint. I’ve painted a couple of portraits and still working on something for my wife.

Mary Beth: Weren’t you an art major or something?

Stephen: Yeah I was on my way to school for that. You didn’t read my bio or anything? {laughs}

Mary Beth:  My passion is probably this organization called CASA, which is a court-appointed advocate for foster kids. I’m speaking for them a couple times during the spring and trying to recruit people. It’s such an amazing thing. I would say that’s my passion, outside of my life, like things like cooking and gardening. But, you know, the bigger picture. There was a terrible article today about a child that died in foster care. It just reminded me of just how important CASA is. 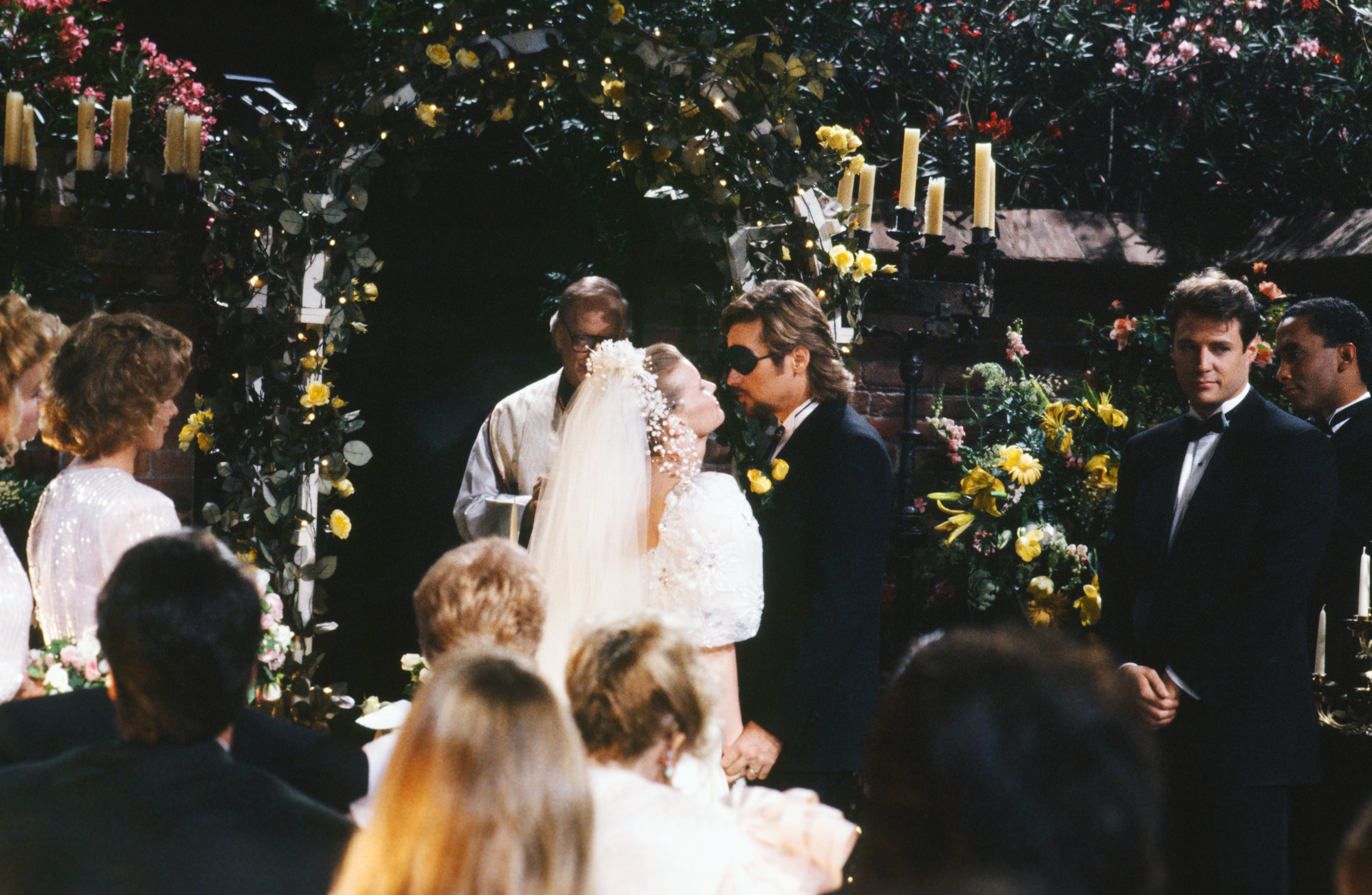 I’m sure you get recognized by Days fans all the time – what’s the oddest thing a fan has ever done or said when they met you?

Stephen: It was several years ago. This wouldn’t happen today. I was chased by a bunch of guys – college students – in Beverley Hills and I finally stopped and said, “Hey, how you doing?” They said. “Oh my god, I can die now. I finally met Brad Pitt.” {laughs}

Mary Beth: I’ve met a lot of fans with my character’s name. Kayla’s a very popular name and they’ll say “My mom named me after you.” And that’s really sweet.

Stephen: I met a woman when we went on a book tour for the Days book. She came up to me and she said, I named my little boy Patch. That was a first. In all these years, I’ve never met someone who named their child Patch.

This will be the third wedding for Steve and Kayla – do you think this will be the last for this couple, or do you foresee more drama threatening to pull them apart?

Stephen: This will definitely be the last. If Patch doesn’t get it right this time….

Mary Beth: We always think of it as we’ve only had two weddings. The one in the middle, we never count that. I think we worked hard to get here, and we’re mature enough to keep it going. And you never know – it’s so out of our hands what the writers choose. Right now, they’re pretty committed to keeping us together and happy.

Is there anything you can tell us about the behind-the scenes of a wedding scene? Is it an event that the actors look forward to in the same way that the audience does?

Mary Beth: For us, absolutely. We were so excited about it when we were coming up to it. It was really a family affair. Our beautiful daughter Shelley Hennig came back and that was such a great addition. There were some other cast members who were part of the extended family who came for the wedding. It was a circle of love and very intimate. We both loved it.

Watch Mary Beth Evans and Stephen Nichols on Days of Our Lives weekdays on GlobalTV.com or the Global Go app.
ADVERTISEMENT