Chandler Massey Dishes On Days of Our Lives and Will's Return - globaltv
Your browser is not fully supported. We do our best to optimize our websites to the most current web browsers. Please try another browser. ×
IN PARTNERSHIP WITH

Returning to Days of Our Lives has felt like coming home to Daytime Emmy-winner Chandler Massey… even though Will isn’t quite the guy we all remember! The actor considers his character’s future with Sonny and Paul and dishes sharing the screen with Alison Sweeney (Sami), Deidre Hall (Marlena) and the rest of his onscreen family.

After over four years away, Days of Our Lives’ Chandler Massey jumped at the chance to bring Will back to life — and not just because he was wrapping up his own college studies.

“I wasn’t a huge fan of Will being killed off,” the actor confesses. “It probably wouldn’t be surprising to hear that, considering I played him for four years! Will’s a part of me and I put my heart and soul into him, so I wanted to continue his story.”

And he wasn’t the only one! Since Will’s ghastly 2015 murder, Days’ co-executive producer Greg Meng has been checking in with Massey, hoping he’d be available for a return… and it finally came together this summer. “My schedule was free and there was an opening in the storyline for Will’s return — it was a happy coincidence,” smiles the UCLA student.

The fan-fave first returned for Sonny’s dream and Lucas’ drunken vision, but for the record, the Days production paperwork will show no evidence he was ever on set. “My name wasn’t even on the call sheet and my character’s name was just Jim,” he reveals. “It was very hush-hush. I would come in briefly, shoot a couple scenes and be gone. It was all kind of mysterious.” 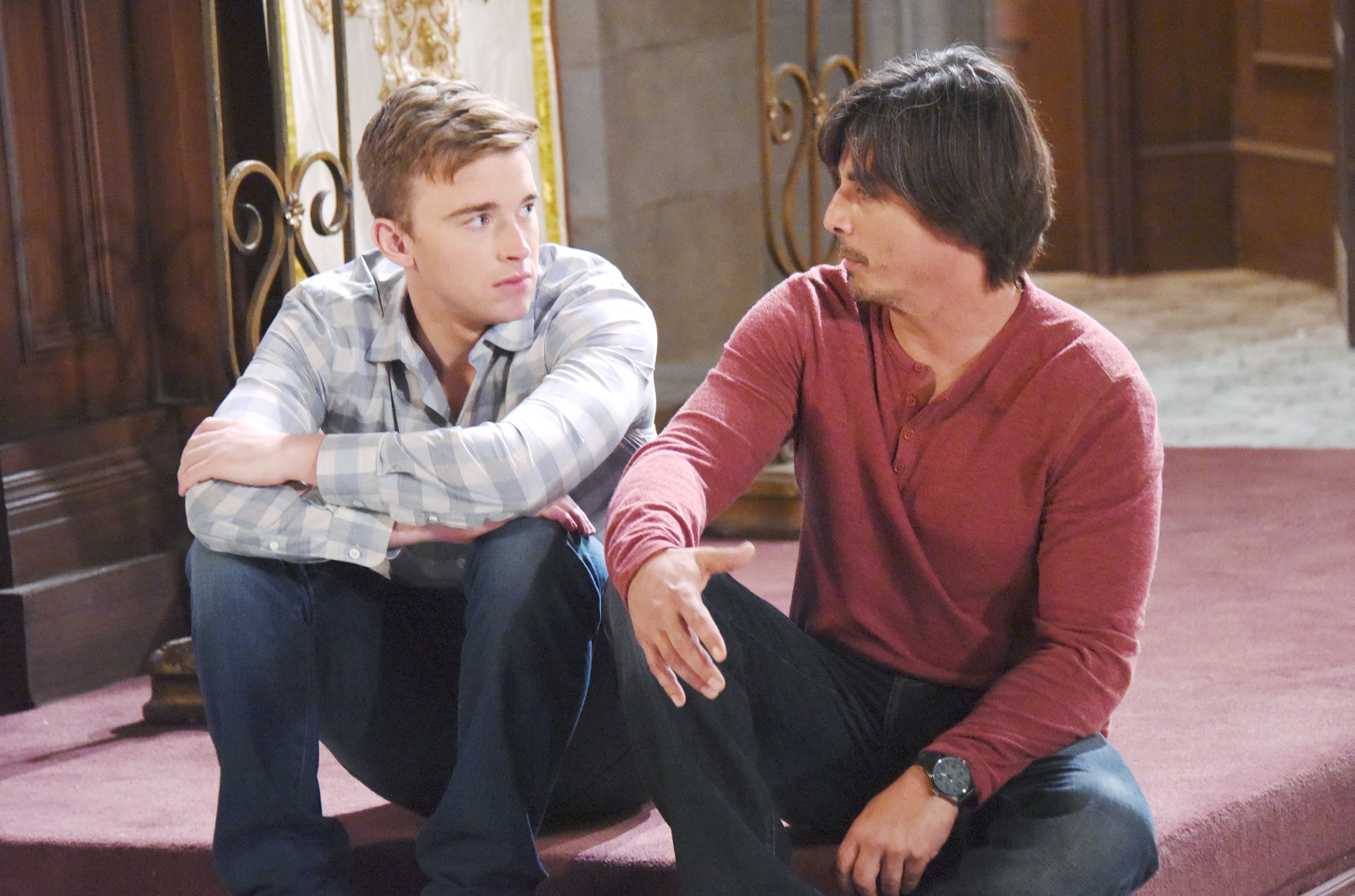 Once Will actually began his return from the dead, Massey was thrilled to come out of hiding on set and get into it with more of his costars. “Will and Marlena’s relationship was so real, so I was really looking forward to having scenes with Deidre Hall again,” he recalls. “And I knew Ali Sweeney (Sami) was coming back in part for Will’s story, but I didn’t know if she was going to be around for a long time, so I was looking forward to working with her while I had the chance.

“And of course Freddie Smith (Sonny), because we grew up together on the show,” he adds. “I was really looking forward to working with everybody, because it was like seeing family again. The cast and crew welcomed me back with open arms and made me feel like I belong there.” 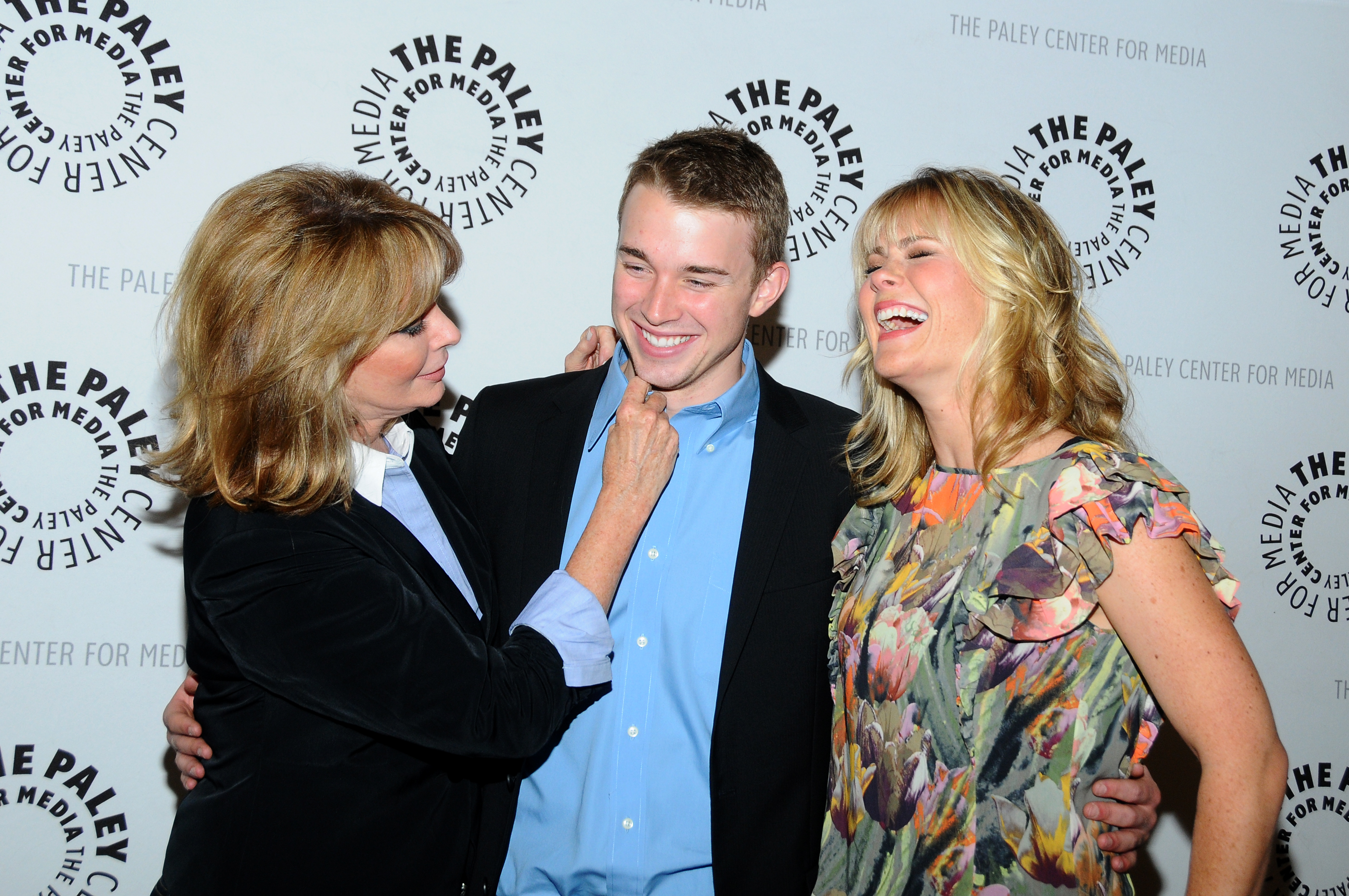 As viewers know, Massey’s character is not likely to feel the same about all the reunions! In fact, thanks to Will’s memory loss, the whole thing is sure to be a bit overwhelming. “Will’s not sure how he ended up with all these weirdos as his family,” the actor previews with a laugh. “There’s so much pressure right off the bat and he doesn’t handle emotional situations very well. Sami and Will’s personalities aren’t exactly conducive to calm and collected conversation!”

Though Will doesn’t quite know his own history, Massey hasn’t forgotten who his character is. “It was kind of nerve-wracking, walking this fine line,” he admits. “I definitely had some anxiety about it, because I watched all of Guy Wilson’s scenes and what happened to Will when he played him. But with his memory problems, it was almost like starting with a blank canvas again. Amnesia’s often associated with some pretty drastic personality changes, so it was a chance to completely recreate Will’s personality in some sense… and yet I also tried to stay faithful to the kind of things that might be hardwired into his body.”

While Will doesn’t remember he has a husband, just the rumors he was still breathing ruined Sonny’s wedding to Paul. And while Christopher Sean contends his character Paul belongs with Sonny, Massey’s not so sure about that.

“There’s sort of a friendly competition going on — and of course I think it’s Will,” he huffs. “With Will’s coming out story, Sonny was such an integral part in his becoming comfortable with who he was. Will needs Sonny and I think he was Sonny’s deepest love… but Sonny has options.

“I hope they end up together, because — this is so cliché! — but they compliment each other. They cover each other’s flaws and mesh very well.”

The actor warns, however, it could take some time for the guys to find that again. “Will and Sonny were friends before they were romantically involved,” he reminds. “It was a emotional connection that burgeoned into a romantic one. It wasn’t like they saw each other and were instantly attracted to each other — ‘Must have you now!’ There was no explosive mixing of pheromones right off the bat. And now, with Will not really remembering any of that, Sonny has to start from scratch — which is cool. We’ve got to build a relationship all over again.”

And between us, Paul might get in their way — and not in the way you think! “I can’t tell you how excited and happy I was when I read the early scripts, because they’re just so good,” Massey teases. “All the characters coming together, reintroducing Will and all the fights that come out of it — I’m looking forward to the audience watching this in a way that I haven’t since Will’s coming out storyline.”

Not only is the story itself powerful, but Massey — who won three back-to-back Daytime Emmy for Outstanding Younger Actor during his last run on Days — has returned to Salem with new perspective. “Back when I was first on the show, I’d just turned 19,” notes the 27-year-old. “I hadn’t lived much life, so everything was black and white. I’d read these scenes and think, ‘Why the hell would Will do something like that? That’s not smart!’

“Now, I’ve been out in the world and I’ve grown up,” he concludes. “I have a better understanding of the complex emotions, motivations and flaws in the character, so I hope I’ll be able to portray them better.”

To keep up with Massey, be sure to follow:

Find out what happens next with Will on Days of Our Lives, weekdays on GlobalTV.com or the Global Go app!