Shanna Moakler slams Todrick’s ‘hurtful personal jabs’ - globaltv
Your browser is not fully supported. We do our best to optimize our websites to the most current web browsers. Please try another browser. ×
Back
Posted By: John Powell
|

Model and actress Shanna Moakler is the latest Celebrity Big Brother evictee to come out against the personal not strategic game Todrick Hall is playing.

“He just used race, color, creed and sexuality. Everything you could possibly imagine under the sun. I was thinking…Okay, Todrick. We all have had our own personal challenges on different levels. We’re all in here together to play this game but he definitely plays the victim. I’ve said this before and I’ll say it again, he’s very, very convincing. He really plays with his heart on his sleeve. I just never trusted him and he knew it. I just read between the lines and could see what he was doing,” Moakler said.

As a Big Brother fan and seeing first-hand Todrick working his personal game against the other players Shanna knew that she didn’t want to align with him or play the game he was.

Just like Chris Kirkpatrick was, Moakler has been accused of playing both sides of the house and siding with whichever side had the power that week. Moakler maintains that her loyalty was always to Cynthia Bailey and Carson Kressley. By taking Todrick’s word over her own, voting her out, Moakler believes both Carson and Cynthia have made a game-ending mistake. 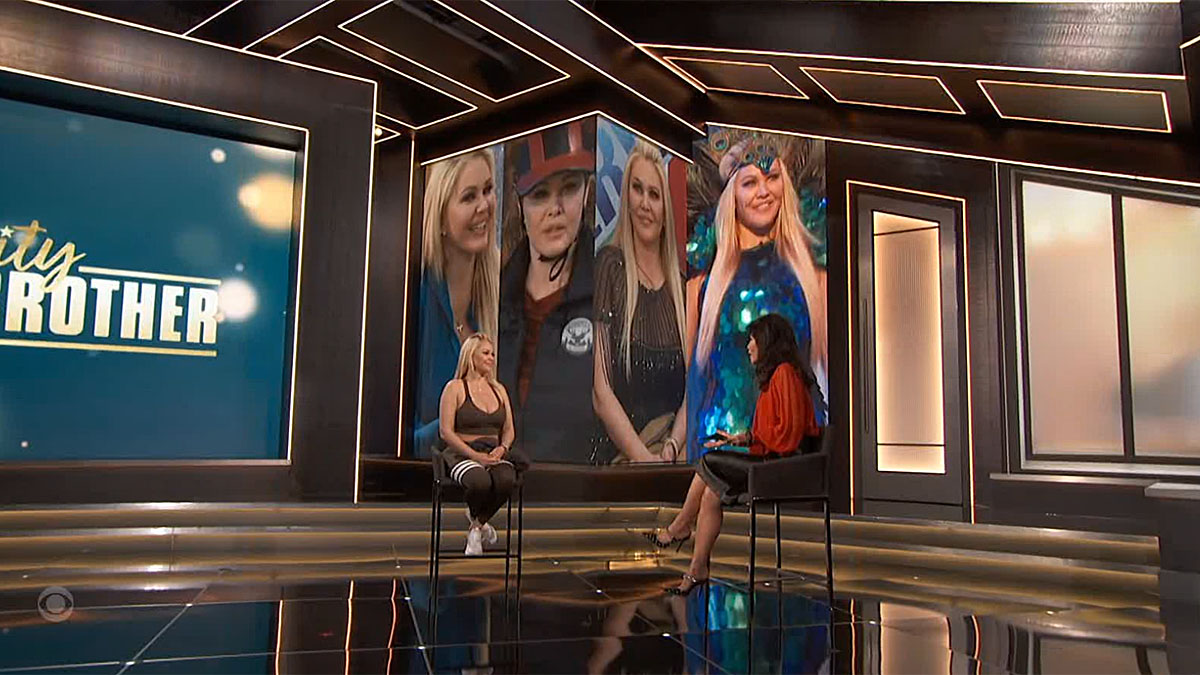 “I thought…Wow! Carson, like you’re gonna send me home without even play in the veto? That’s just dirty. That is like the dirtiest thing that you can do in the Big Brother game. You’re gonna do me THAT dirty? There’s nothing I did. If I didn’t take Carson off the block he would have been going home and Cynthia would have been out the door. What they did was mind-blowing,” said a disappointed Moakler shaking her head.

In rallying the house against her, Todrick told Cynthia about Shanna: “She has been throwing you all under the bus. I wasn’t going to say anything but when I was put in this difficult situation she has been in a very comfortable position and that is how she makes her way through the game and navigates through the real world outside of this house.”

He also said: “I personally don’t respect what she stands for as a human being or how she has played this game.”

Knowing what she knows now Shanna understands the lengths to which Todrick was willing to go to get her on the chopping block. She is not surprised at all though. What she was surprised at was how her allies turned on her so quickly.

“They were so mad and they were so upset. I just couldn’t understand what was possibly said to them. It was like I did something truly horrible. I was also dealing with two people that did not know the Big Brother game or how to play it. It was hurtful to me. I had said to them if anything’s ever said to you or you have any concerns, come to me, talk to me and at least give me that respect. The whole house was yelling at me and turning on me,” she said comparing the house to being in high school again.

A former Miss Universe, Moakler is battle tested when it comes to personal attacks and dirty tactics. Her pageant experience really came into play during her final week in the house.

“By the end of it, they were just mean. The whole house was just absolutely mean. I really felt like I was in eighth grade and being bullied. I’m a pageant girl. I have stood on stage and been very happy for other women, other competitors while they’ve taken their walk and received their crown so for me it was important to hold my head high and be a class act. That’s why I didn’t even acknowledge them when I said my goodbyes. I just did a big shout out to America and everyone who supported me,” she said.

When he exited the house Chris Kirkpatrick told Global TV about Moakler: “She was just such such a comfort in that house. She was the one that any time that roller coaster was in the bottom of the pit I could look at her and just get a smile and feel happy.” 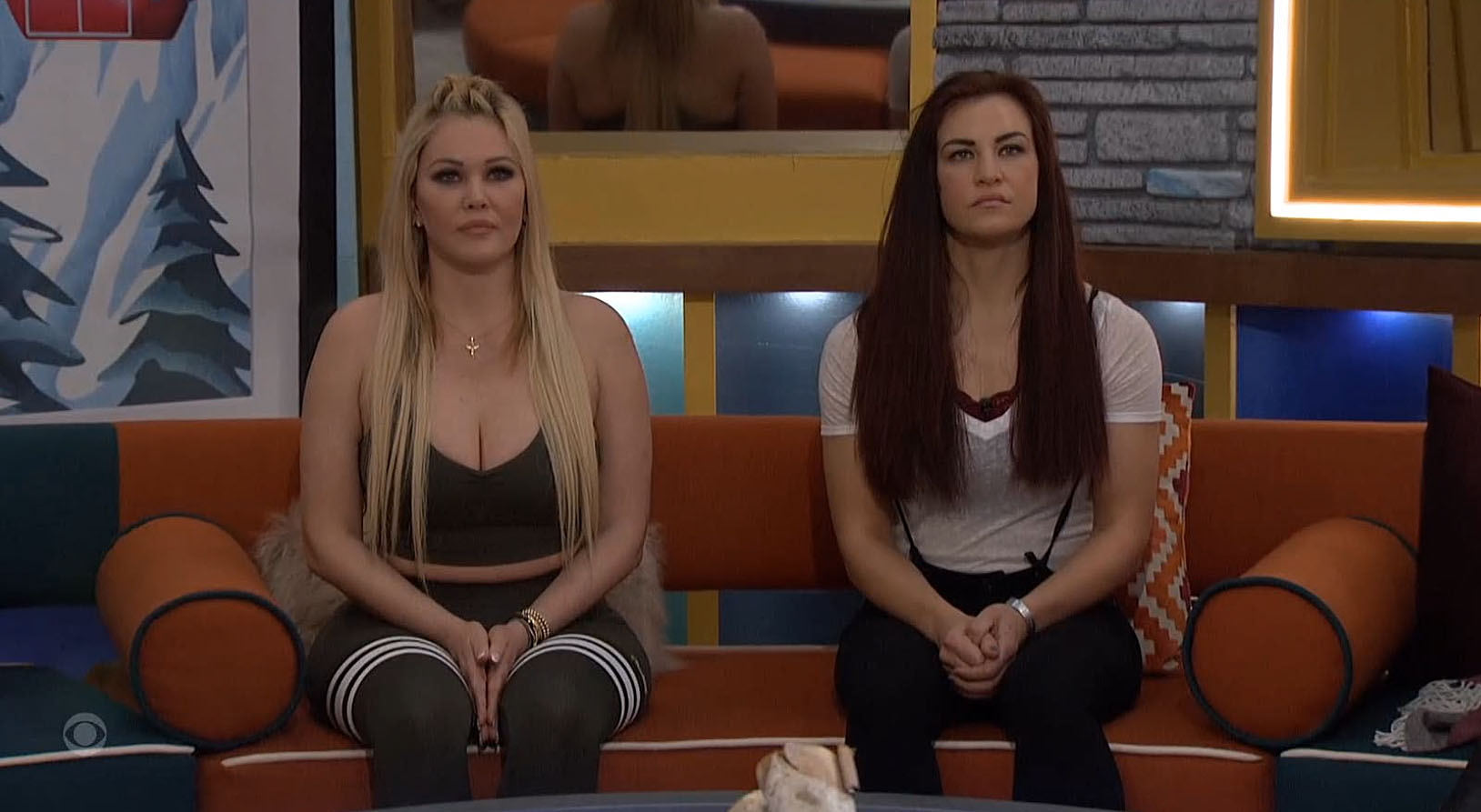 Moakler explained that the feeling was and is mutual. Chris was her partner and ally but more importantly her one true friend in the house.

“Chris and I actually had some mutual friends outside of the house so I was very happy to see him. I kind of knew someone in the house! He knew the game and he was a super fan as well. He was very strategic. He played the game like chess not checkers and it was just nice to have someone who was just fun and down to earth. I could just trust him. He’s married. He’s a father. He had good intentions. He was a really fantastic partner to have in the in the game and when he left I was lonely because everyone had their teammate. I was just dead in the water,” she said.

As the game winds down and finale day looms on the horizon Moakler is hoping against all hope that the winner is someone who has played a respectful game.

“I want to see someone with a good heart and mind, who’s a good person win this game. I’m really hoping it’s Todd Bridges because I think this would be something that would be very beneficial for him in his life. I just don’t want to see the ‘bad guys’ win. At the end of the day though, don’t hate the player, hate the game,” she said.