Live Feed Spoilers: Nominees scramble as the first eviction nears - globaltv
Your browser is not fully supported. We do our best to optimize our websites to the most current web browsers. Please try another browser. ×
Back
Posted By: John Powell
|

The nominees fought for their Big Brother lives today as tonight’s eviction draws near.

A nervous Mirai touched base with Miesha in the gym early this morning as Miesha was working out.

“Carson said to me I think you are going to be okay if you continue with integrity. I was like…What does that mean? You are going to have to spell it out for me,” said Mirai.

“You are his next hope in that you had something with Teddi in the beginning. He is going to try and recruit you,” Miesha warned.

Miesha explained that things can flip very quickly so they have to be alert and aware of the house politics today.

The other nominee, Teddi, spoke quickly and briefly to Carson as she began packing her clothes as all nominees must do on eviction day.

Carson told Teddi he was trying to work on Chris Kirkpatrick but he wants to wait for a big push right before the live show.

“He is torn up about the vote. There is only one way to do the right thing. The right thing. You either vote for the person who shouldn’t be going or you honor your unholy alliance,” said Carson.

“He is going to honour an alliance but she won’t honour him,” said Teddi of Miesha.

Teddi cornered Chris Kirkpatrick in the kitchen and then in the spa room.

“Just know, I really am trying. I am sorry. This is just really hard,” said Kirkpatrick explaining how he is lobbying the house to keep her. 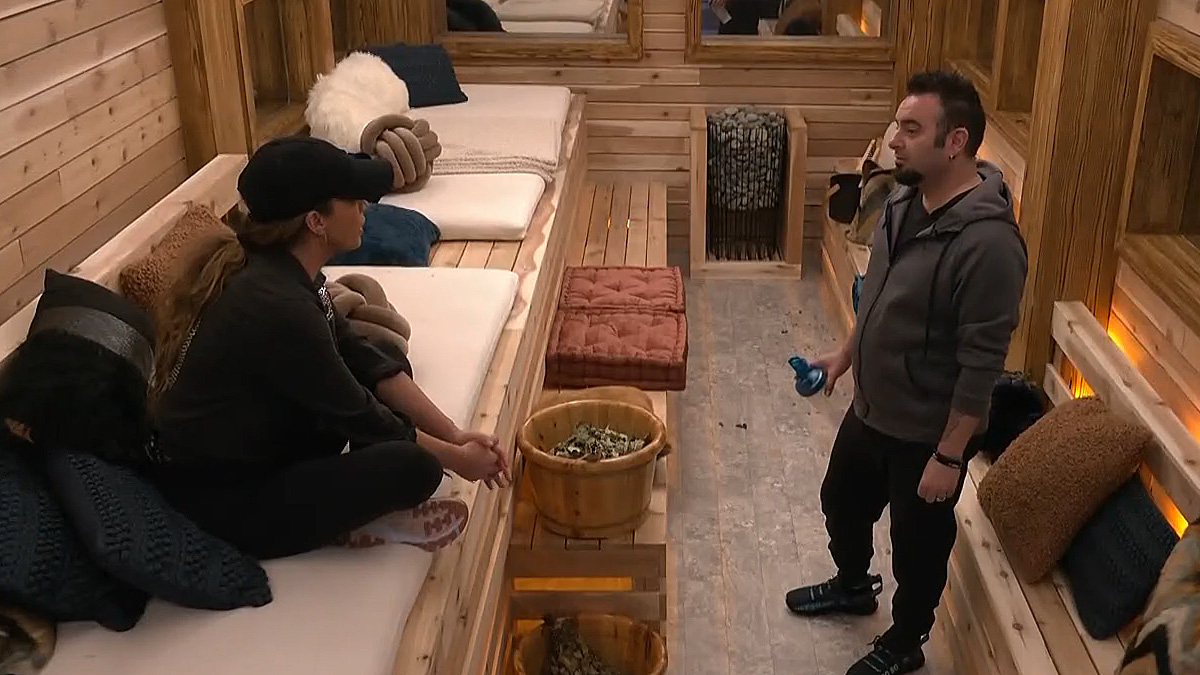 “She could have put me up and gave me a fighting chance. I was told she was going to backdoor me and what is happening? She actually did backdoor me seven days later after promising me I was fine,” she said.

“I cannot give up my game. My allegiance isn’t what you think it is. That is all you can know. This stuff here is where I blow things,” said a frustrated Kirkpatrick wringing his hands.

“I just want to be protected this week and then I will protect you,” Teddi pleaded.

“I just wish you could watch and see how it is happening,” he sighed.

Kirkpatrick told Teddi he is fighting for her but he cannot do so at the cost of his own game.

“Just tell me this, is Shanna still my friend? Can I still trust her?” asked Teddi.

Kirkpatrick nodded in the affirmative.

Who will be evicted tonight? Watch Celebrity Big Brother at 8:00 PM to find out.