Live Feed Spoilers: New HoH unsure about noms, Todrick’s opinions confuse Lemar - globaltv
Your browser is not fully supported. We do our best to optimize our websites to the most current web browsers. Please try another browser. ×
Back
Posted By: John Powell
|

Although Todd Bridges is the new Head of Household in the Big Brother house it seems like his reign is by committee.

In the bathroom this morning Todd bounced some ideas off the heads of Lamar and Todrick.

“If we don’t put a pawn up, you know what is going to happen right? If we put a pawn up then Cynthia may vote in our favour and Carson may elect to leave because he won’t want Cynthia to leave,” said Todd.

Todd said that if Carson wins the Power of Veto and pulls himself off the block Cynthia will go home.

“He has a way of winning s—t. We cannot let him win anything,” said Todd.

“I don’t understand putting up a pawn or not because I don’t see what that has to do with him winning the veto,” said Todrick.

“Do you think he is going to pull himself off and let Cynthia go home? It is pretty cold-blooded as he knows Cynthia is going up,” answered Todd. 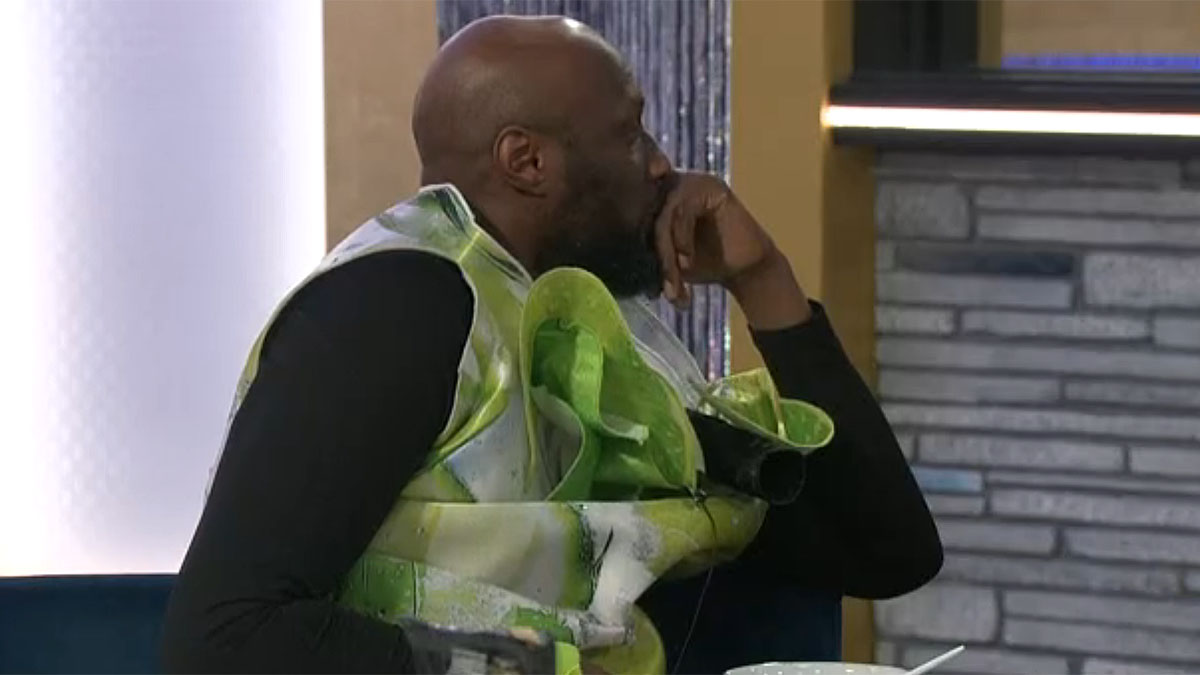 Todd, Lemar and Todrick then spoke about Lemar being the pawn this week.

“You don’t mind being a pawn, Lamar?” asked Todd.

“I think if Lamar goes up it is a win-win situation,” said Todrick.

“If I got to go home it is a win-win situation for me,” laughed Lemar.

“I will do whatever the team wants me to do. It doesn’t matter to me,” said Todd as the trio left the bathroom.

Later on, Todrick and Lamar chatted more about the game and the experience.

“What did you think this was going to be when you signed up to do it?” asked Todrick.

“I didn’t think it would be this emotionally draining,” Lemar admitted.

“Why has it been emotionally draining for you?” asked Todrick.

“Just for the fact that you get close to somebody and then you have to stab them in the back,” answered Lamar.

“That was a really hard decision for you yesterday about Shanna?” Todrick asked.

“Yes, because I didn’t have a beef with her like you all did. I am trying to stay away from that s—t,” said Lemar.

“Between her and Miesha, it wasn’t an obvious thing to you?” asked Todrick.

“At the end of the day I want the competition to be taken out,” said Lamar as he rooted around in the storage room.

“I am always confused. Do you want to stay and compete?” said Todrick.

“If it came down to something athletic I would rather go against Shanna than Miesha,” said Lemar as they walked by the television in the front room which read: ‘Nominations Today’. “I don’t really have to talk to someone too much to find out about their competitive spirit.”

“Miesha is a beast,” said Lemar.

“I know but in 2022 do you want to help some blonde, white girl get to the end?” asked Todrick.

“The colour of her skin doesn’t matter,” replied Lemar.

“This ain’t about that though,” replied Todrick.

“Then why did you bring it up?” asked Lemar.

“I am just sayin….” said Todrick trailing off.

“What’s the difference? They are both white?” asked Lemar about Miesha and Shanna.

Todrick then changed the subject.