Live Feed Spoilers: New HoH targets popular pair - globaltv
Your browser is not fully supported. We do our best to optimize our websites to the most current web browsers. Please try another browser. ×
Back
Posted By: John Powell
|

Miesha Tate, the championship UFC fighter, is Head of Household for the second time this season. Miesha was the very first HoH.

“I cannot imagine how hard that is,” said Todrick to Miesha in the kitchen after the ceremony.

“It makes me feel sad,” replied Miesha. “I am a competitor but it is hard as a compassionate person to be like…I want to kick you out of this house.”

“On a personal level it is hard because everyone is obsessed with both of them,” answered Todrick.

Earlier, Miesha and Todrick plotted and schemed in the HoH room. 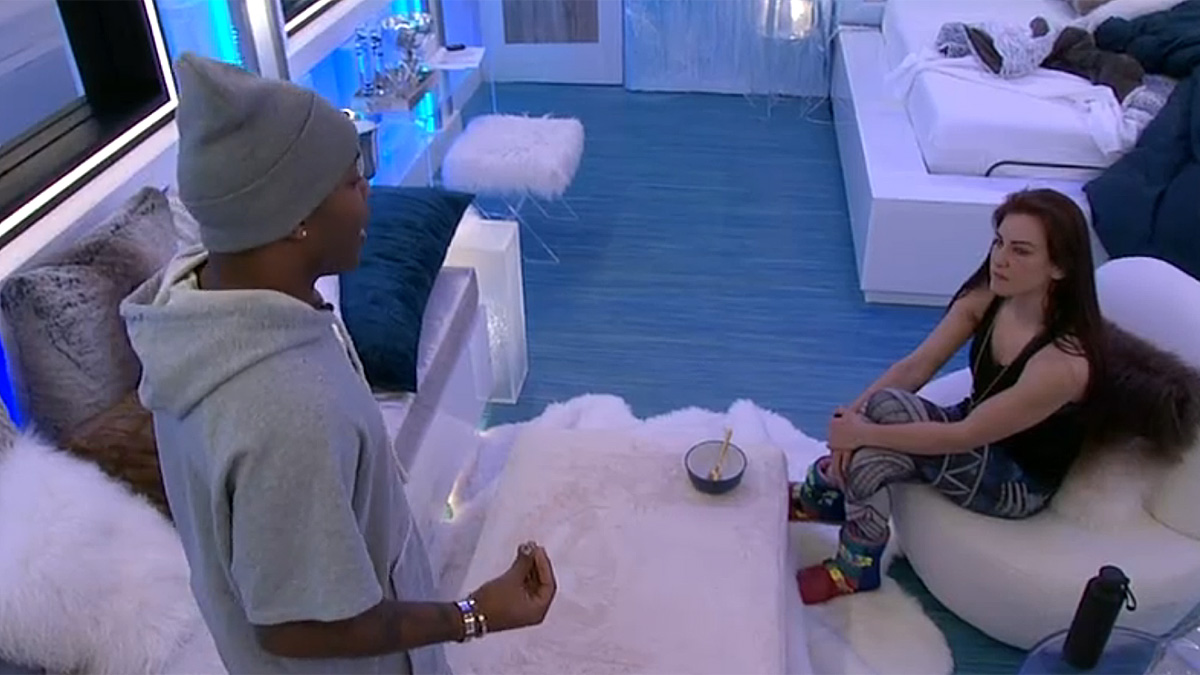 “I spent all night fuming about him. Don’t tell this to anyone or repeat this but Todd basically told me he came up to him and was like I cannot be trusted and all this stuff. I feel that he doesn’t respect me,” stated Todrick .

“I am making it my personal mission to last longer than he does,” he continued. “I have been bullied by so many people who look like him and I have tried my hardest to be nice to him.”

Miesha let Todrick know that she doesn’t think Carson or Cynthia would ever put him on the block.

Miesha was sure that either Kirkpatrick or Todrick will win the next head of household competition.

“If I can get Carson out this week, I will do what I can to boost you. I would love for you to win,” said Miesha wanting
Todrick to finally win an HoH competition.

Todrick continued to push for Kirkpatrick to be nominated claiming he was jealous that Todrick was closer to Miesha than him.

Last night, Miesha questioned if she should have won HoH again so soon.

“Do you think it was bad for me to win this one?” Miesha asked Todrick in the bathroom shortly after the competition.

“I don’t know if that target would have faded any more but it is more apparent not that I have won,” she said.