Live Feed Spoilers: New HoH chooses not to ruffle any feathers - globaltv
Your browser is not fully supported. We do our best to optimize our websites to the most current web browsers. Please try another browser. ×
Back
Posted By: John Powell
|

Someone is going…Bye, Bye, Bye.

Chris Kirkpatrick, one of the founding members of NSYNC, is the new Head of Household.

On Saturday night, Kirkpatrick chose not to make any waves in the house nominating house targets Mirai and Chris Kattan for eviction citing it is “too early” to make a big move. The finale of Celebrity Big Brother USA airs 18 days from now on February 23rd.

“You guys and Carson have to win the next HoH because Miesha will be right back up here. And when she wins it…” Kirkpatrick warned Shanna and Cynthia in the HoH room after nominations.

“…we are toast,” Cynthia finished.

“Toderick is STILL aligned with her. It is insane! And she still has a minion in Mirai!” said Shanna.

Earlier, allies Kirkpatrick and Shanna celebrated Chris’ win on the patio away from the other houseguests.

“They want to work with us obviously because I am HoH but Toderick has always scared me. What just happened with Miesha and him has scared me now,” said Kirkpatrick.

“That scared me too. She is just going to boss him around and tell him what to do,” said Shanna of Miesha.

Kirkpatrick told Shanna he wishes he could trade his HoH letter for Shanna’s so she can have a message from home instead of him. He  just wants pictures of his family.

“It is okay. I am just happy for you and us,” said a thankful Shanna. 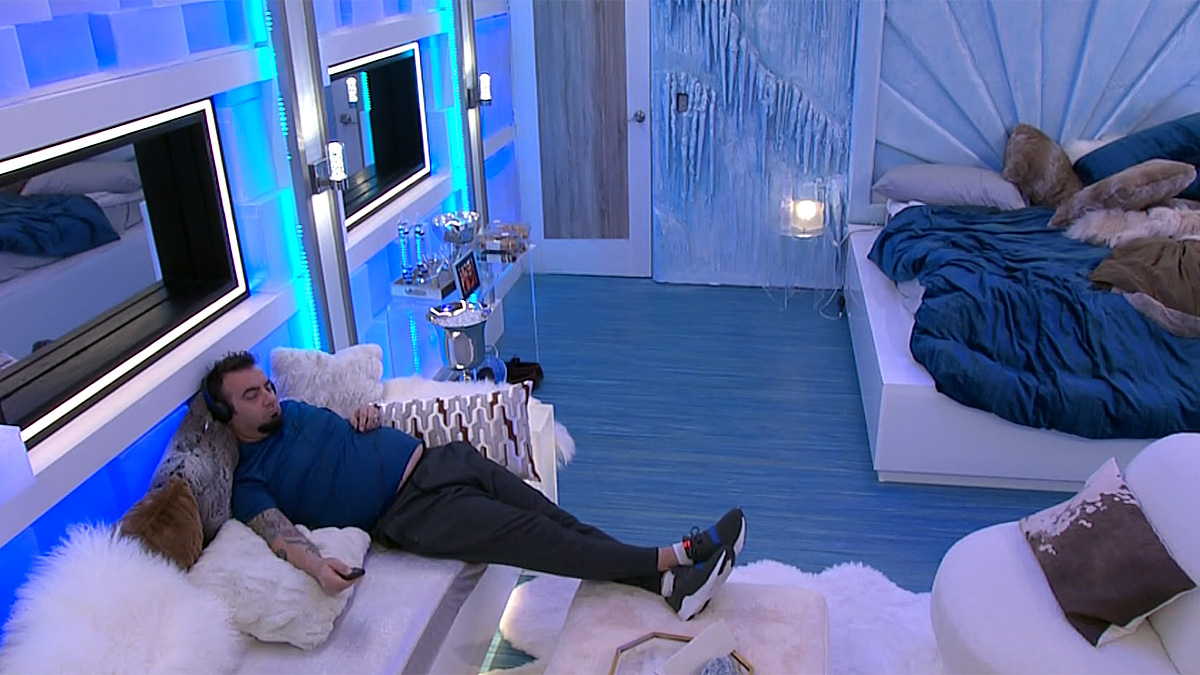 “Now, we have to figure us out,” sighed Kirkpatrick.

Shanna asked Kirkpatrick what she should tell Carson, Cynthia and the others about why she voted Teddi out.

“I just convinced you to vote with the house,” Kirkpatrick said.

“Like I said, you are the person I trust the most in this game,” said Shanna.

“We need to figure this out. I need your help,” said Kirkpatrick of his HoH reign.

Speaking to Carson and Cynthia in one of the bedrooms later on Kirkpatrick promised he wouldn’t nominate them.

“I want to protect you guys,” Kirkpatrick told them.

“I didn’t know we were so popular,” said Carson to Cynthia when Kirkpatrick left the room.