Evicted houseguest disappointed in Todrick’s gameplay, apologizes to Shanna - globaltv
Your browser is not fully supported. We do our best to optimize our websites to the most current web browsers. Please try another browser. ×
Back
Posted By: John Powell
|

Carson Kressley is no stranger to competing against other celebrities. He has been a contestant on Jeopardy!, Dancing with the Stars, The New Celebrity Apprentice and Worst Cooks in America but nothing could prepare him for the Big Brother game.

“You know, I’ve done a lot of celebrity reality shows and I think there’s a certain level of sportsmanship on all of them. The contestants are all in the same industry. We either work in film or TV or sports but there’s still some level of sportsmanship. You kind of cheer the other person on at times. You don’t make it personal. You can be competitive but you also want everybody to do well or least their best,” Carson said. “I thought naively Big Brother would probably have that same undercurrent and…it absolutely does not. It was a rude awakening for both myself and Cynthia Bailey. We ended up being little lost lambs led to slaughter many times.”

Part of that “unsportsmanlike” conduct this season for many is the way in which Todrick Hall has been playing the game. Chris Kirkpatrick told GlobalTV that Todrick has been playing the bully card. Model and actress Shanna Moakler said Todrick “used race, color, creed and sexuality, everything you could possibly imagine under the sun” along with deeply personal attacks to move himself further along in the game. Although Carson worked with Todrick on RuPaul’s Drag Race together so they had that bond going into the house, Todrick proved to Carson he really couldn’t be trusted.

“I thought this is a person that I can really trust, right? At the very beginning, I kind of popped up in the bathroom and said…Hey, we need to look out for each other. It wasn’t even like a formal alliance. It was just we know each other, we’re from the same community, let’s look out for one another. That would be the right thing to do. We formed an alliance very organically but then he left pretty abruptly because he wasn’t “comfortable” with Teddi Mellencamp. That raised an eyebrow as it was that quick,” explained Carson.

When Todrick tried to reel things back later on Carson realized what game Todrick was playing. 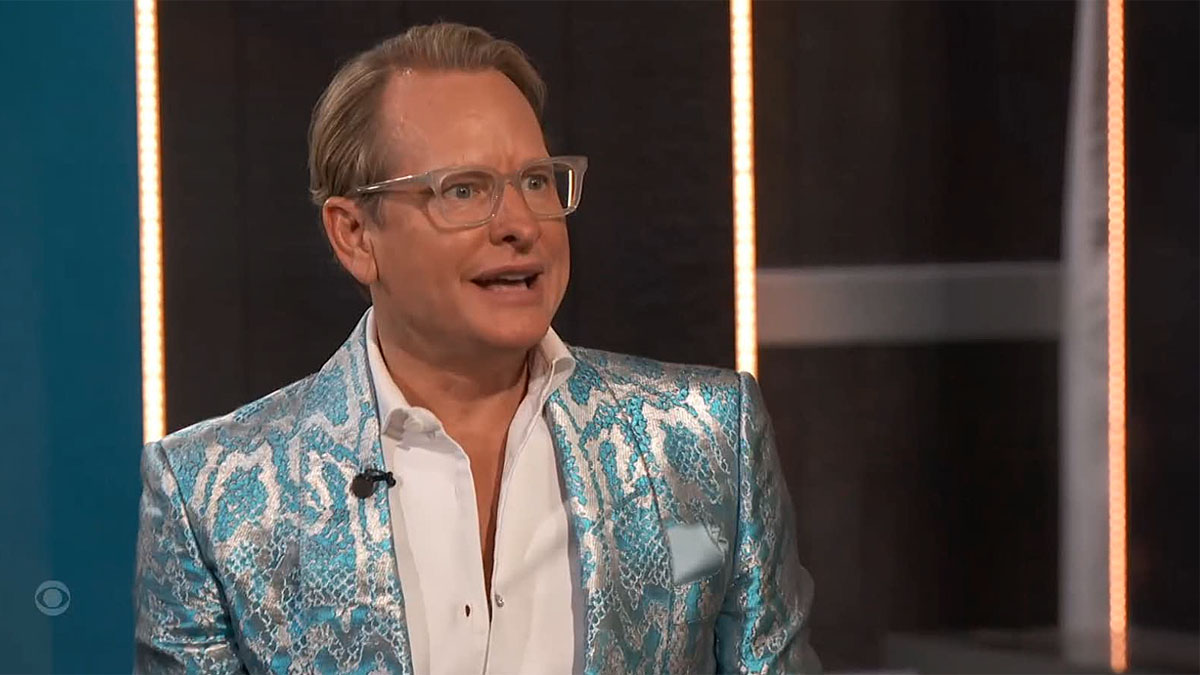 “There was a circle back. He was like: ‘I love you so much. I just want to let you know I’m rooting for you.’ That all seemed to be deteriorating as he became more and more bonded to Miesha though. I didn’t hear a lot of the personal things because I wasn’t in close quarters with him. He was up in that HoH room with Miesha all the time so I missed a lot of that. I will say though that the overreaching thing I feel about him is that I’m disappointed because you can play the game without personal attacks. You can still play the game with a little bit of class and not make it personal. I guess I’ve learned my lesson. They (Todrick and Miesha) both lied to us in such a bold-faced way. They said they had integrity but they obviously didn’t,” said a crestfallen Carson.

Carson admits that his biggest mistake in the game was not trusting Shanna Moakler. When he was HoH, Carson believed the campaign Todrick launched against Shanna maintaining that she was playing both sides of the house. While Shanna was doing that at first, she had begun to side with Carson and Cynthia Bailey, even using the Power of Veto to take Carson off the block during Miesha’s second head of household reign.

“What happened was that we believed people that told us a great story and spun it and had the whole house behind them. It just started to make sense. Todrick and Miesha did a wonderful job of making us think that she was playing both sides and there was probably a kernel of truth to that, in that she had talked to them about a final four with her and Chris Kirkpatrick. That just sent us down the rabbit hole thinking our ally has been playing both sides and that we should probably trust the devil we know than the devil we don’t,” said Carson detailing how he and Cynthia got caught up in Todrick and Miesha’s manipulations.

Carson deeply regrets taking the word of his two biggest enemies, rivals in the house over Shanna’s.

“We should have never believed them. It makes no sense to think that the people that were trying to get you out of the house all this time are now telling us the truth but it made sense at the time. Like Julie (Chen-Moonves) said in my exit interview, I trusted somebody’s words over somebody’s actions. That was a huge mistake and that responsibility lay squarely on my shoulders. I want to apologize to Shanna a million times because what we did was not right,” said Carson shaking his head with regret. 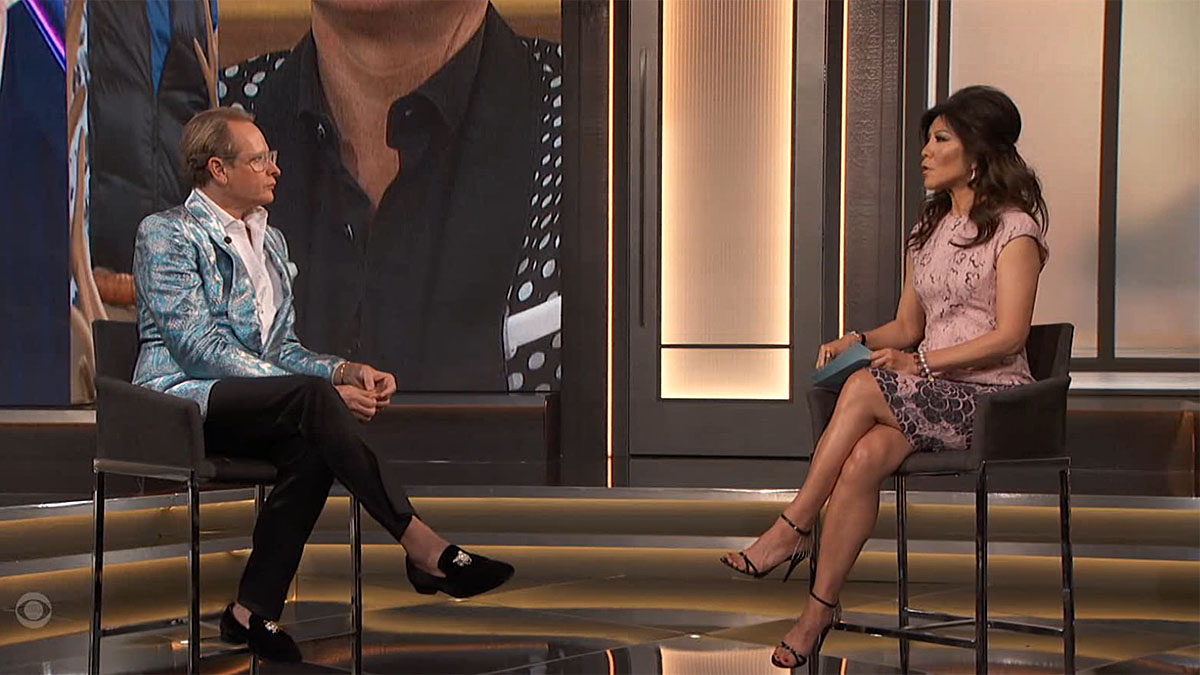 As part of the jury determining the winner of Celebrity Big Brother Carson says that the lessons he learned in the house will play into his final decision.

“I want to vote for who played the game with grace and integrity. A competitive spirit is very important and I totally respect that but playing with a sportsman-like attitude is very important to me too,” he said.

On a lighter note, Carson surprised fans and houseguests with his culinary skills in the Big Brother house. In the celebrity edition of Worst Cooks In America in 2017 he finished in a disappointing seventh place. Since then, Carson has improved his skills and fell in love with baking. In the Big Brother house he was known for whipping up scrumptious treats in the kitchen.

“I’m much better at baking than I am cooking. It was something that just came to the forefront during the pandemic when we were all scared to leave the house. There was nothing to do and I was feeding my family. It just came about naturally and I’ve gotten pretty good at it,” Carson said. “I make the same things over and over again. Growing up in Pennsylvania we had meatloaf, roast beef, potatoes and chocolate cake. Just very hardy farm fare.”

Carson will be back on television this spring as a returning judge on the Food Network’s BBQ Brawl series which is entering its third season.