Turner: 'I tried my best to weigh personal and game' - globaltv
Your browser is not fully supported. We do our best to optimize our websites to the most current web browsers. Please try another browser. ×
IN PARTNERSHIP WITH

Those who didn’t take him seriously at the beginning of the game did so at the end. Matthew Turner, the thrift store owner, appeared to be all about peace and love but as the houseguests found out he was a formidable and oftentimes cutthroat player.

John Powell: So, you have this Bohemian, peace and love vibe but you were one of the most cutthroat players we have ever seen. Which is the real Turner or is it both?

Matthew Turner: “Well, at the end of the day I’m a Gemini. (laughs) I think it is probably both. I tried to play this game with a counterbalance of my moral compass combined with what I think is the best for my game but lot of the time different pegs jumped to different parts of the totem. It was very hard to navigate as it is for any first round Big Brother player . I tried my best. I guess I’ve heard in other interviews that I’ve made a lot of unexpected decisions that were wild and cutthroat. I don’t know I had fun doing it. I think they’re both me but different aspects of me. There is business me and then personal me.”

John Powell: Were you surprised that Monte didn’t pick you?

Matthew Turner: “Well, I was told by jury that if he did pick me he would have done a lot better and it would not have been unanimous. He might have won anyway because of how bad my jury management was. I was not surprised. I understand. I by no means hold anything against Monte. He is one of the coolest people I’ve met in my life. He’s super wise, super cool guy and super level-headed in every situation. I have no complaints. I was shocked but not mad.”

John Powell: You mentioned during the finale that something sparked your decision to vote for Monte over Taylor. What happened?

Matthew Turner: “I heard that the jury already made up their decisions about every aspect of who they’re going to vote for depending who made the finals. When you go to cast your vote to evict even with those speeches usually your mine is made up at that point. I wasn’t at that roundtable. I didn’t know all the aspects of everything they were told. I was thinking that I don’t want to be on the wrong side of the vote. I thought Monte was going to win and I love them both. During the commercial break I was like…Who are you voting for? They (the jury) didn’t know if  they could tell me. I thought Monte was going to win but I was totally wrong. Taylor had a very elegant speech. I saw reasons for both winning.” 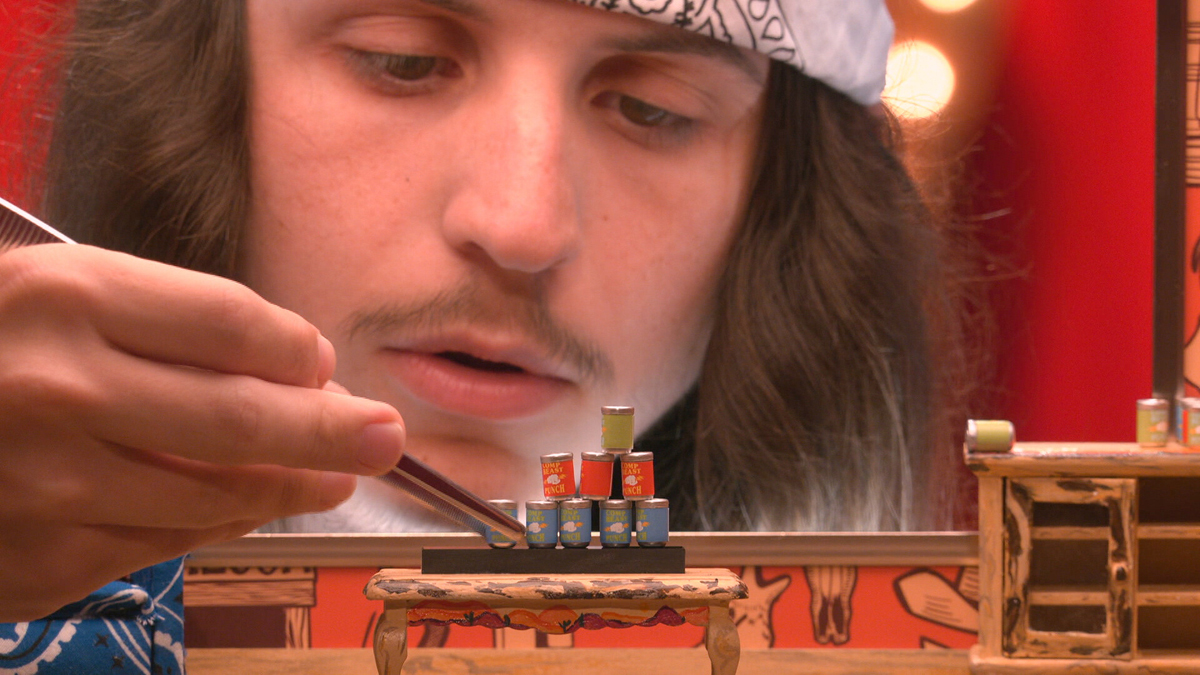 John Powell: Based on the jury’s reactions and voting do you think you could have beaten Monte?

Matthew Turner: “I thought that myself but I was also aware that even in my speech I have the worst jury management of the past 10 years. I have awful jury management. If  you (Monte) take me, you’re probably going to do pretty good. When I asked the jury what would have been the case if he took me Monte probably would have won because of how bad my jury management was. And I was like, well, then he he made a real blunder…I didn’t win. I got second place. That’s only a $65,000 difference between the 10k and the $65,000. Monte made a royal blunder.”

John Powell: If you had made it to the jury how would you have smoothed things over with the jury? What was your plan?

Matthew Turner: “I think I would have just said I had to make the moves that I made and I tried my best to do so. I tried my best to weigh personal and game. I think I got as far as I did because I made the decisions that I did…I think when it comes to what aired for people to say I made a bad decision, being the house 24/7 weighs on you and I had an amazing time. I have no complaints as far as the house goes. I don’t know what everyone’s saying behind closed doors there so when I tried making the best decisions possible. Maybe they didn’t always come to fruition but I can happily say I tried my best.” 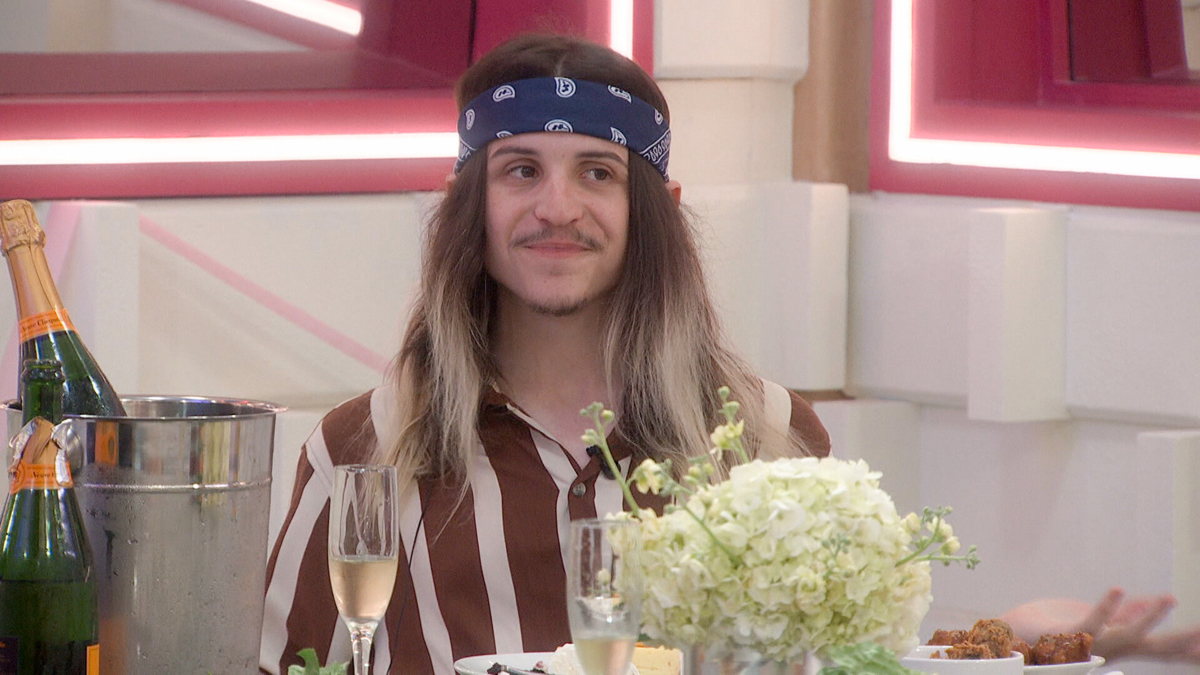 John Powell: I want to give you a chance to respond to this as Alyssa and Michael have both accused you of playing a “dirty game”. Michael said to us: “He was the one who said he didn’t want to take out the only other LGBTQ+ person in the game. He brought identity into it and it definitely felt that he was trying to use that as a manipulation tactic which feels a little slimy and dirty to me and I don’t like that because it was completely unnecessary.” What do you think of Michael’s comment?

Matthew Turner: “I totally understand it, especially from his perspective. I really did not want to have to vote out the only other LGBTQ+ member in the house. I told him that specifically and that was ringing true as once I realized that was the case. I tried to get him out earlier in the season. I did realize that I don’t know why I was trying to backdoor this person who is the only other representative of this community as I am. Once the decision came time to make I was trying to weigh personal moves and game moves. There’s this huge open door with the biggest competitor in the house.”

“I just tried to weigh personal and game to the best of my ability. If I didn’t take him out I think people would be mad that I just wasted an opportunity to take out the winner. If I did take him out people would be mad. I probably just should not have vocalized my feelings about kicking him out but that is how I felt at the end of the day. The decision weighed on me heavily in the rest of the game.”

John Powell: You were able to separate game from the friendships in the house. You had to cut many of your close allies and friends. Looking back, do you have any regrets?

Matthew Turner: “It seems like a lot of people think I should regret voting out Alyssa. I totally I understand that. At the end of the day, Alyssa didn’t win any competitions…I had to rely on Alyssa to win an HoH and honestly, it wouldn’t have happened. I also had a final three with Taylor and Monte so if I kicked out one-third of my final three, Monte would have been pissed off and he ended up winning the next HoH anyway. He probably would have been mad enough at me to kick me out that week…I think had I made that decision to blindside my alliance that Monte would have  kicked me out then. He brought me very far. I brought him very far. He brought me to the point where he thought he couldn’t use me know any more. I can’t be mad at that because I did that with a lot of people.”