Big Brother Spoilers: Janelle Hate is real, ‘I Just Want to Punch Myself in the Face'
Your browser is not fully supported. We do our best to optimize our websites to the most current web browsers. Please try another browser. ×
IN PARTNERSHIP WITH

With such a mix of personalities being thrown into the pressure cooker environment that is Big Brother it is guaranteed that some houseguests will not get along. Casting conflicting personalities is a hallmark of the production process after all.

It hasn’t even been a week and already a major and highly personal rift has developed between Janelle and Nicole Franzel.

The latest  blow-up occurred early this morning. Cody was sitting outside watching Christmas play pool and chatting with her in the backyard. A flustered and frazzled Nicole came out to join them.

“I tried to go to sleep and they are having a party! Is there anyone else out here?” Nicole asked.

“No, we are just chilling” replied Cody as he sat on top of the drier.

“They are driving me nuts! They are talking about Instagram ads and stuff. I am like…Get over yourself, people!” complained Nicole about Janelle, Bayleigh and Nicole Anthony.

“They were talking in your room? Weren’t you trying to sleep?” asked Cody.

“YES! I am out here and there are like five to six people in there,” Nicole cried.

Nicole claimed Janelle intentionally brought up her old showmance and boyfriend Corey Brooks in front of everyone knowing she has a fiancé in Big Brother star Victor Arroyo now.

“I don’t understand that being brought up to you when you have a fiancé?” said a perplexed Cody.

“Janelle brought it up. Janelle brings up everyone I don’t like. Then, I say s—t and I’ll be in trouble,” Nicole sobbed.

“I think you will be okay,” said Christmas trying to comfort her.

“I am just pissed right now! There is no point,” said Nicole.

“There is a point for her,” replied Christmas.

Christmas advised Nicole to not let Janelle get under her skin. 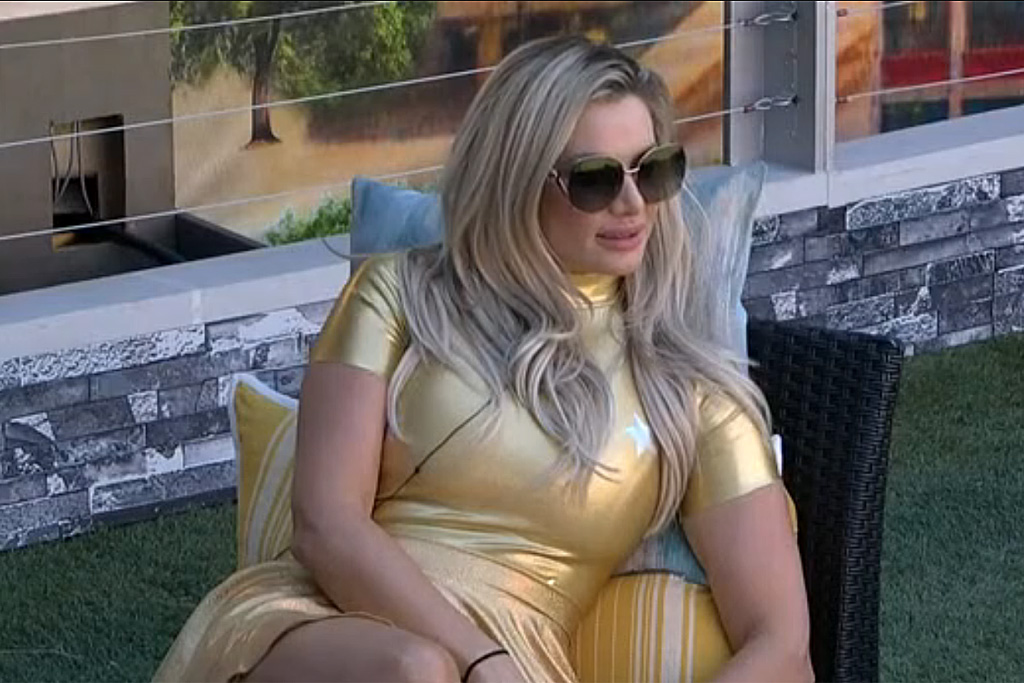 “Yikes! That’s a lot. I cannot believe you went there. Cut your finger off with a butter knife?” said a shocked Cody.

“She is so annoying. I hate being tortured by people,” cried Nicole as she began crying. Christmas came over to Nicole and gave her a hug.

“Nicole was talking about her podcast for a really long time and shouting out her partner’s handle,” said Nicole.

“You gotta give the plug,” said Cody as he and Christmas gave separate shout-outs to their social media accounts. Christmas didn’t see anything wrong with that as there are viewers and fans who want to know about them, follow them on social media.

“I don’t like that part of it. That isn’t why you should be here,” Nicole pouted. “I want to cry now. I am so pissed!”

Cody suggested she get some of her frustration out and also make herself tired, sleepy by walking the backyard.

“It is so annoying. I hate being tortured by people,” said Nicole. “I swear they are just staying up so I cannot get any sleep.”

Nicole also doesn’t like the way she believes Janelle’s punishment this week is being handled by production.

“She never has to wear her freaking costume! I couldn’t even take off my sausage for two seconds!” she grumbled.