No 'Heartbreak Hotel' for Daniel - globaltv
Your browser is not fully supported. We do our best to optimize our websites to the most current web browsers. Please try another browser. ×
IN PARTNERSHIP WITH

Like the old song goes…Regrets? Daniel Durston, the Elvis impersonator from Las Vegas, has a few…when it comes to the Big Brother game.

For one, he agrees with the assessment given by his closest ally, Nicole. He played more with his heart than his head.

“We’re human. I am an emotional and loyal person outside the house and it’s very hard to remove a foundation that’s part of your soul. Even if you remove it for a week you forget cameras are there. You forget that you even signed up for a game,” he said. “I just had to stay loyal to the people I was loyal to and hope it worked out. I knew it ultimately wouldn’t though. I had already showed my loyalty cards and that’s just how my games was going to play out.”

Daniel maintains that his loyalty and devotion to others is what caused the friction he had with Taylor. He reacted based on the information he had gathered and just wanted to protect his friends, those who he had befriended and grown close to him in the house. 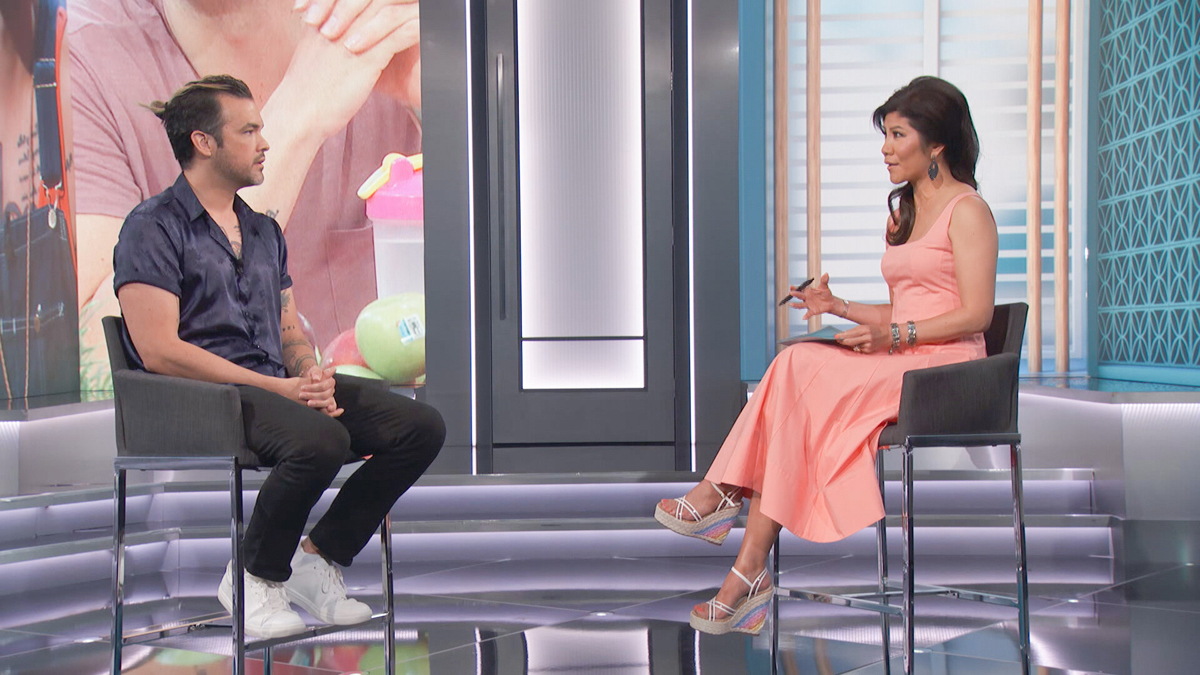 “So, I’m being told these things when I was HoH and I’m also being fed, what I am now learning were lies, to put her on the block. When Monte doubled down on it I really respected him and looked up to him so it made me make those moves happen. Moving forward, it was the Paloma situation, that I believed at the time, which made Taylor a target for the whole house. I’m loyal. I play emotionally and I found a sister in Paloma. It all actually affected me negatively down the line then…the Nicole situation happened. It was like something was happening to another loyal person. Whether the situation was true or not I felt it was true and was told that. That affected me again and restarted it all over again,” he said of his feud with Taylor.

It wasn’t always that way between Taylor and Daniel though. At the start of the game he recognized her potential and wanted to align with her but the house was aligned against her due to her awkward social game.

“When I met her I knew she was a bad ass and she was going to absolutely kill the game. I was fine with her. Nicole was the only one that vouched for her to me. Everyone else had something negative to say or wanted her out. They were okay with her being the first to go,” he recalled.

While his falling out with Taylor was one of his most infamous moments in the house so too was using the Power of Veto to save Alyssa and Indy which lead directly to Monte nominating his ally Nicole, sealing her fate in the game. Daniel still doesn’t believe he alone is responsible for Nicole’s exit as he wasn’t the one who nominated Nicole and Taylor in the first place. 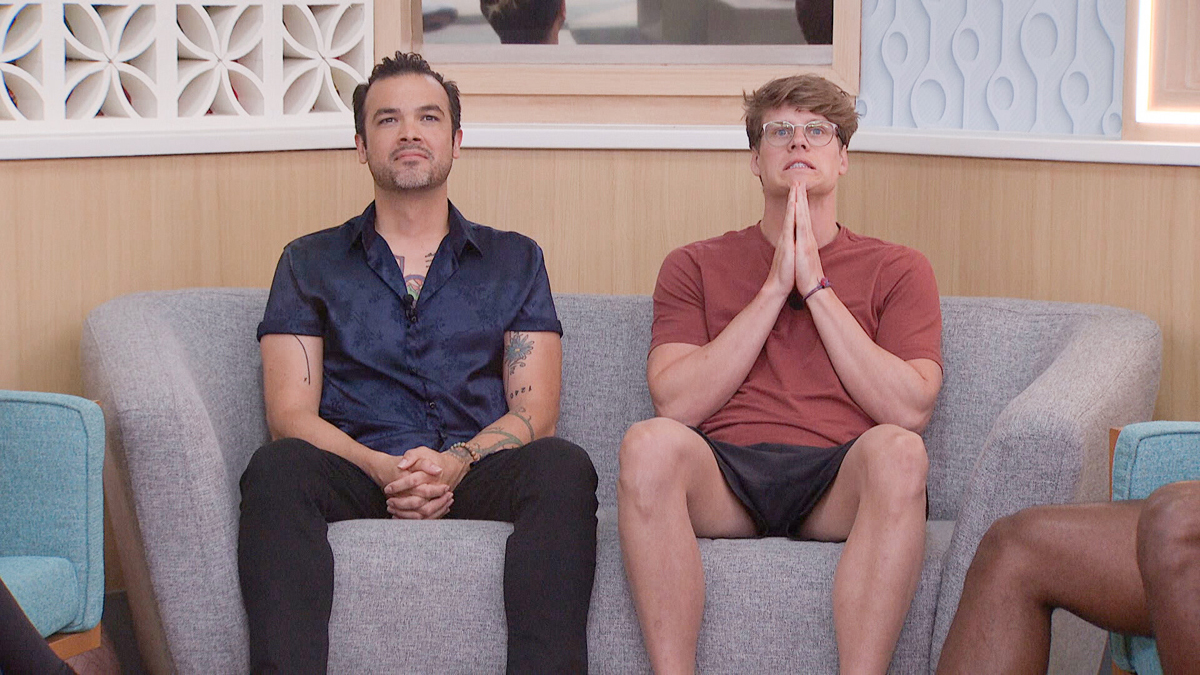 “I don’t regret it at all. Nicole and I went over it and over it. We knew we needed the numbers with Indy and Alyssa in order to move forward and switch the power in the house. We needed to take that shot. We were going to go home anyway. The minute Nicole went home I knew I was next. That helped with the closure of this last week,” he said about wanting to flip the house and end the steamroll that is happening.

According to Daniel, their scheme was doomed from the start though as neither Alyssa or Indy had their heads in the game. The way Daniel tells it, he had to teach them how to play Big Brother but they weren’t listening despite warning upon warning of how the numbers were aligning and growing against them.

As a player Daniel respects The Leftovers alliance and Michael’s game but as a life-long fan he isn’t interested in watching one group dominate the game for months on end.

“I’ve never been a fan of those big alliances. It really bothers me but it also makes sense. I know why it happened. I also respect that but Michael is one of the best players I’ve seen on Big Brother in a long time. I respect his gameplay, although him being a superfan he should know not to win five competitions in a row! I’m was trying to tell the house …Wake up! This guy’s winning! If it ended today, he wins. That’s the bottom line. His social game has improved throughout his time in the house. He’s a good dude, I do like him, and he’s killing these competitions! I kind of hope he wins as much I do want him out,” he said.

Although he has been a devoted fan of the live feeds Daniel claims he won’t be tuning in unless there is a major shift in the game.

“When there’s a mass alliance I do not like live feeds. I don’t care about people gaming and scheming when they’re in the same alliance. What’s the point if you’re gonna take over anyway?” he laughed. “I don’t care about live feeds now. At this point it’s not interesting but if it gets interesting I will definitely tune in. From here on out, I’ll follow the show. I will might look up some spoilers too,” he said with a wink.

Daniel says that unlike some currently on the show he wasn’t there for the fame or the notoriety. As a superfan he knows that fame is very fleeting. Unlike some he also doesn’t care about social media’s rising influence on the game, the show and the players.

“You’re not aware of the cameras when emotions get the best of you. You you can’t control those things. All you can do is step back and hopefully right your wrongs, which I fully plan on doing and look forward to,” he said about any contentious issues surrounding his time in the house. “As far as like social media stuff, I don’t care. I have any type of following, I probably don’t, it doesn’t matter to me…That’s not why I’m there because I’ve been watching since Day One. There’s people in the house I know are there for fame and I don’t consider Big Brother fame. You only get nine months of any 15 minutes of Big Brother fame. It’s what you do after and how hard you work after that matters. I’m a fan of the game and I wanted and I needed the money. I grew up poor and I still am.”

All in all, Daniel is just glad that he was able to live out his dream after pursuing it for ten years.

“I’m good and I don’t want to spend the next six weeks without my family, living with people I don’t necessarily align with, so it’s fine. I feel good and can’t wait to see my family and friends,” he said about finally being out of the house and getting back to his life.