Nicole: 'I feel horrible' - globaltv
Your browser is not fully supported. We do our best to optimize our websites to the most current web browsers. Please try another browser. ×
IN PARTNERSHIP WITH

Whether inside the Big Brother house or in the real world sometimes listening to your heart alone can get you into a world of trouble. Nicole Anthony, who finished third last year and won America’s Favorite Houseguest, was betrayed by her instincts in the All-Stars game this year. She listened to people who were steering her wrong and dismissed those who truly had her best interest at heart. Now that she is out of the house and knows the truth, Nicole wishes she had played differently.

John Powell: As you probably know now, Janelle and Kaysar were fighting hard for you to stay and were devastated when their plan didn’t work out. At one point you even said to Janelle that she didn’t try hard enough on your behalf. How do you feel about things now?

Nicole Anthony: “I cannot say I didn’t mean what I said. I meant what I said at the time. When you are in those moments and genuinely not trusting someone it is going to come out. I really thought that they were just claiming to put in a good word. They were just claiming to vouch for me. I went on the block. I thought they were tight with Memphis? How did that happen? I just keep thinking all of that stuff and listening to what people were telling me. They (Janelle and Kaysar) had set me up. I didn’t think they were fighting for me at all. That is why I got so frustrated with them. As of now, prior to my eviction I spoke to both of them and I realized they did mean what they said. They did really, really fight for me. I feel horrible. That goes without being said. I just wish we had more open communication. Maybe I should have went with them to speak to Memphis so I could have seen it first-hand.”

John Powell: What was it like playing this time as opposed to last year?

John Powell: Since you are also a fan, what was it like to meet the All-Stars and then realize you were playing against them?

Nicole Anthony: “It was awkward. I am such a huge, huge fan so I was so excited to meet every single one of them. I get to see them in person. I get to hug people for the first time in forever. Then, it sinks in that you are essentially playing against all of them. It is very, very scary. You have watched all of these people play, manipulate, maneuver and win things. Many of them were second place and third place. It is very intimidating and at the same time very exciting. You are aware that they all know how to play the game.” 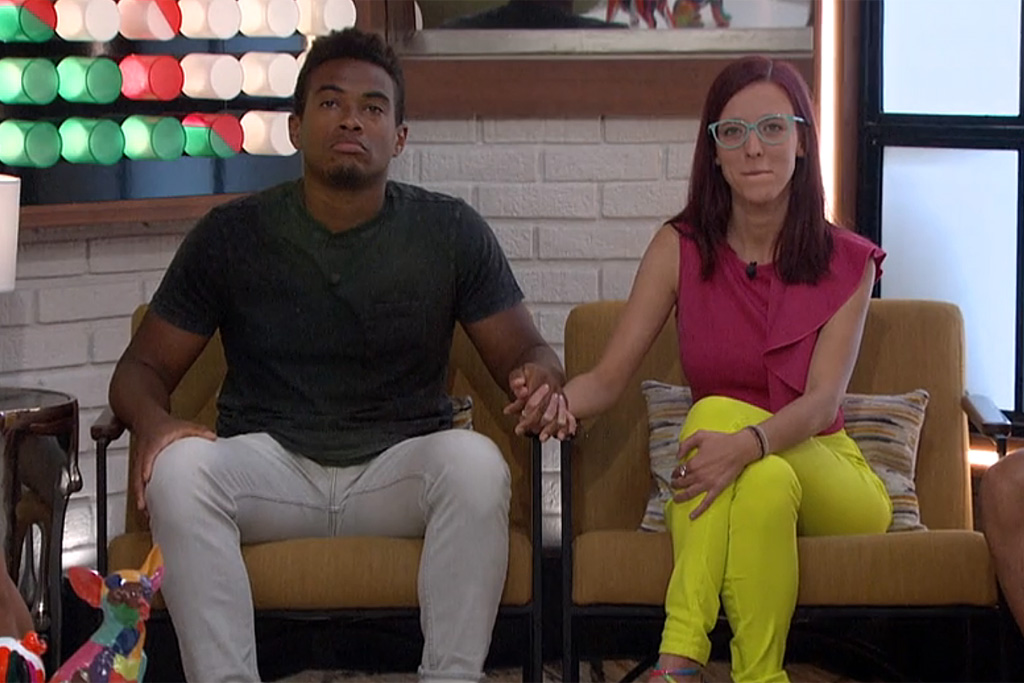 John Powell: What was your strategy going into this season?

Nicole Anthony: “My approach was (laughs) to go with my gut and intuition, kind of fall where I would. I wanted to walk in, meet everyone, see who was actually there, gauge who I was talking to and see who I clicked with because I am a very loyal person and go to the end with them.”

John Powell: Why didn’t you play in the Safety Suite competition?

Nicole Anthony: “I went up to him (Memphis) thinking Janelle and Kaysar had put in a good word for me. I thought he had seen my season and knew how loyal I was and knowing I speak the truth all of the time. As a show of faith, I didn’t play the Safety. I trusted him. If I win it next week he would be my plus-one. I really hoped he would respect that and trust who I am, a person who was loyal last season. It was partially that and then the second time I spoke to him he was standing up, his chest all out. It rubbed me the wrong way. It was like…No, I don’t have to do anything. I don’t have to do what you are telling me to do. So, it was also my ego. I saw what he was trying to do in getting everyone to use their Safety up.”

John Powell: Memphis ticked a lot of houseguests off for the way he nominated David this week. Why do you think Memphis did what he did? Do you think it is because he resents ‘newbie’ David being there?

Nicole Anthony: “I would like to think it is that more than anything else. I think a lot with Memphis is ego and pride. The fact that he put David and me next to each other knowing we are from the same season I think it is like…’I am an OG from way back in the day. You guys just played last year. You guys are a joke so get out of my line of sight. I have better things to do.’ I think it is more disrespect as in we were insignificant to him.”

John Powell: If you could turn back time what would you have done differently?

John Powell: Fans have come to learn there was some gaming among some of the houseguests before the season even started. How do you feel about that?

Nicole Anthony: “I didn’t pre-game to any extent. I didn’t even know David was going to be in the house and I talk to my cast. That just isn’t my way so if that is the case I find it very discouraging because then it is like…You guys had this set up before I even stepped foot in and met you.”

John Powell: Who are you hoping wins and who is playing the best game at present based on what you have seen in the house?

“I think Tyler is in a good spot. He is in the six person alliance but he is always in rooms observing. He is calm, cool and collected. He is also very loyal and he wins competitions so I could see it working out for him again.”