New twist changes the game - globaltv
Your browser is not fully supported. We do our best to optimize our websites to the most current web browsers. Please try another browser. ×
IN PARTNERSHIP WITH

Well, it wouldn’t be summer camp without a rival camp.

The first live eviction of the summer was anything but.

Ovi Kabir, the college student from Tennessee, was unanimously voted out of the house by his fellow houseguests but he didn’t leave.

Along with David Alexander, who was banished during the premiere, Ovi became a member of Camp Comeback.

David and the first four evicted houseguests will continue to live in the Big Brother house, interact with the other houseguests but have their own camp, sleeping and eating area. They will also not compete in any challenges or vote. The members of Camp Comeback will face-off against one another to return as full-fledged players.

“I am ecstatic. The game isn’t over yet and that is a wonderful thing because I have a lot more game in me to play,” David told host Julie Chen Moonves from Camp Comeback upstairs in the Big Brother house. 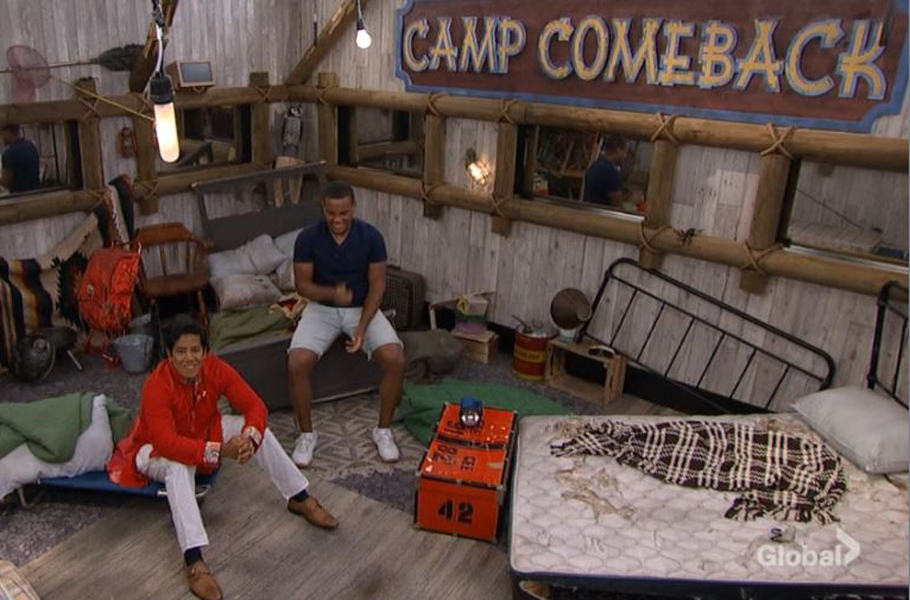 “I have had more awkward family reunions before,” joked Ovi about how it is going to be living with the people who just evicted him.

Jack will make his nominations for eviction on Sunday’s broadcast.