Michael: Turner’s tactic was ‘slimy and dirty’ - globaltv
Your browser is not fully supported. We do our best to optimize our websites to the most current web browsers. Please try another browser. ×
IN PARTNERSHIP WITH

Michael Bruner, the attorney from Minnesota, has a lot to unpack now that he is part of the Big Brother jury. Although fans are praising him for breaking franchise records they are criticizing some of his gameplay and strategic moves.

Before leaving the house in a huff last night after being voted out Michael got into an argument with Head of Household Turner about being targeted and nominated.

As the show came back from a commercial break viewers caught Michael and Turner in the middle of a verbal altercation.

“I would never take out another LGBTQ person!” said Michael.

“That wasn’t my plan!” Turner said denying the accusation and implication.

Now that he is out of the house, Michael is putting the blame on Turner.

“I don’t think that the fact that Turner and I are both in the LGBTQ+ community should have given me any sort of pass. It was never about you know, he owed me this or how could he do this?” said Michael.

According to Michael when he was HoH, Turner promised he wouldn’t nominate Michael.

“He was the one who said he didn’t want to take out the only other LGBTQ+ person in the game. He brought identity into it and it definitely felt that he was trying to use that as a manipulation tactic which feels a little slimy and dirty to me and I don’t like that because it was completely unnecessary. I wasn’t going to put them up. There are deals and things that you can make without having to manipulate people on that level,” said Michael stating that it was Turner who took the game to a place it should never go.

“He didn’t need to make those promises based on identity and then immediately go back on them. It just didn’t feel like it was necessary or necessarily in the spirit of the game. I didn’t appreciate that and that’s definitely what I was trying to bring up because in his speech he even referenced us both being LGBTQ+ and I I didn’t want him to get away with it. This is what you said and everyone is going to know what you said and you can deal with that,” said Michael.

Michael is also under fire for waiting to tell the other houseguests about Kyle’s controversial statements and strategy. Some wonder if revealing those comments and the timing was purely strategy. Michael contends he waited because it wasn’t clear to him what Kyle meant.

“I never wanted to accuse Kyle of something until I was sure about what he was saying. At the end of week six when I was very clear what he was saying without coming out and saying it, we went straight into a split house twist. When we came back then I knew that we had to say something,” he claims saying it was “difficult” to sit on the information.

Michael also dismisses the timing of the revelation but also at the same time he regrets it.

“Looking back, I didn’t realize there was never going to be a right time to share this information. Any time information comes into the game or you tell somebody something there’s always going to be skepticism. Are you using this to get further in the game? What benefit does this give to you? So with an issue like this, that I truly believe transcends this game, we still cannot escape the fact that we are in a game and that the information is going to impact it. So, I understand why people are skeptical and why people think that things should have been said sooner. At the time I felt like I was doing the right thing at the right moment but understanding everyone’s perspective and hearing how they wish that it had been handled, I do wish I would have spoken up sooner and handled things differently. Ultimately, I tried to do what I thought was best and I can admit that it was a mistake. I wish I had done it differently,” he said.

Last night during the live eviction Michael was forced to sit on the block beside his closest ally in the game, Brittany. Michael does regret going as hard as he did against her. 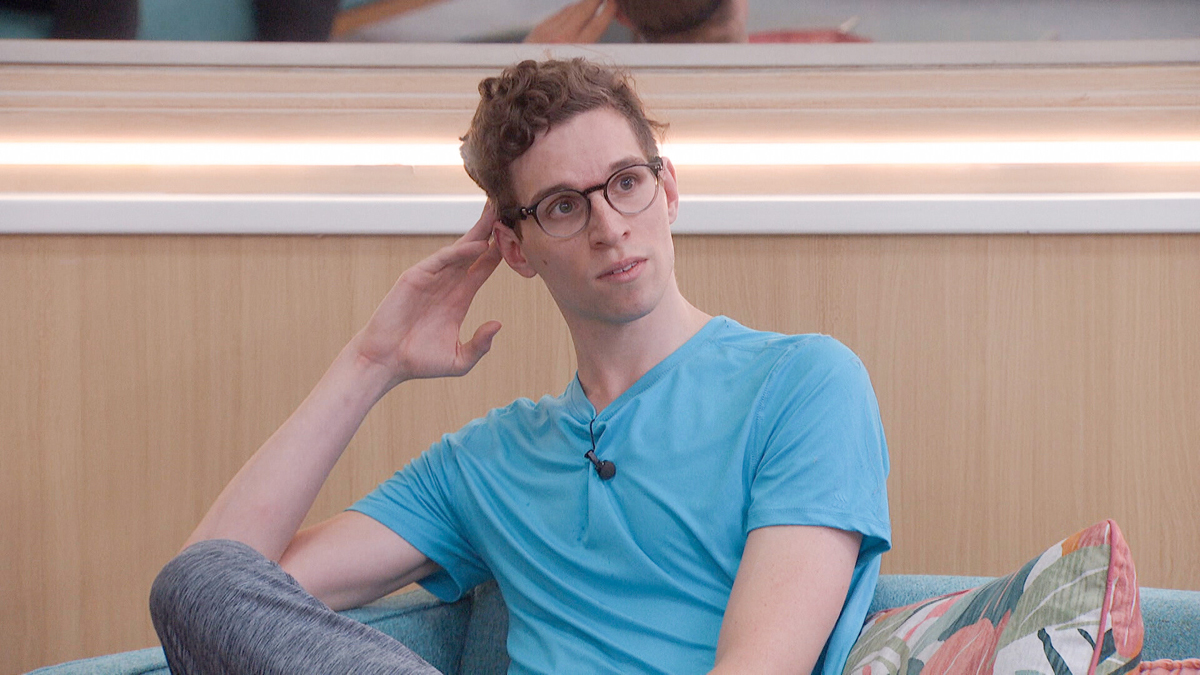 “Brittany was definitely my number one in the game. I would not say ‘ride or die’ because I was not about to ‘die’ for anybody in this game but I did have a lot of loyalty to Brittany. She was my number one and it was really hard to be sitting next to her. I couldn’t even look at her, honestly. I knew that I had to try to do anything I could to stay in the game at that point. So, I do feel bad about how I campaigned and I know that I hurt her on a personal level. I hope that she can understand that it was strictly game for me but it was definitely very tough to be sitting next to Brittany. That was a position we never wanted to be in,” he said regretfully.

Michael did put a massive, gigantic, huge, colossal, enormous target on his back by winning so many challenges. Looking back though Michael wouldn’t have played any differently.

“I don’t necessarily regret winning the competitions that I did. I was put in a position very early in this game where I felt like I had to win and by the time I felt comfortable in an alliance I’d already racked up quite a few comp wins. I knew the target on my back wasn’t going to get any smaller so I don’t regret winning competitions. If I couldn’t win the game at least I got a pretty good resume out of it,” he laughed.

No matter what Michael’s Big Brother legacy is what cannot be denied are the franchise records he set. With six wins under his belt, he has the record for Power of Veto wins in one season and is tied at nine combined HoH and PoV wins with Janelle Pierzina.

“It feels crazy to have this record and be tied with Janelle for the most overall wins. Coming into the game, I never expected that, that it was something I would walk away with. It’s a big honor and I’m in great company with Janelle. She is my all-time favorite player. It’s a huge honor,” he said proudly.