Big Brother Spoilers: Veto Meeting Cover-Up - globaltv
Your browser is not fully supported. We do our best to optimize our websites to the most current web browsers. Please try another browser. ×
IN PARTNERSHIP WITH

Some of the houseguests should have been carrying shovels because they were snowed by the events at today’s Veto Meeting.

Sam used the power to take Cliff off the block, saving him as he said he would days ago.

Ovi Kabir, the college student from Tennessee, was nominated in his place by Christie this week’s Head of Household.

What Ovi and some of the others don’t know is that everything that went down at the meeting was planned ahead of time.

Christie, Cliff and Sam plotted the entire scenario out, letting their alliance mates in on the strategy. 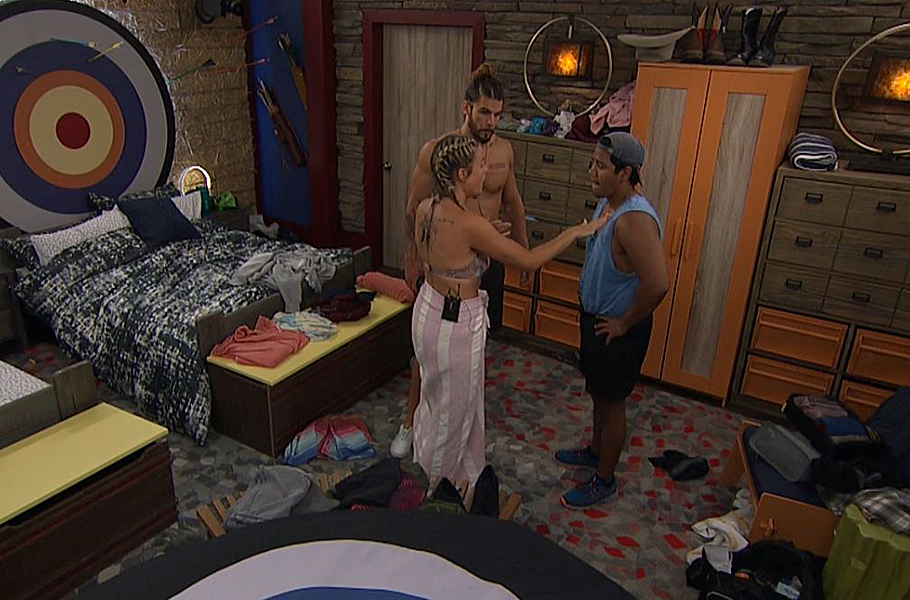 Jackson revealed to Ovi how “disappointed” he was after the meeting.

“I don’t agree with this decision. I want you here. I would rather have you here than Kat. I am tired of playing babysitter. She is telling people she wants to self-evict. I love her as a person but as a player it is getting annoying and frustrating,” Jackson grumbled.

Despite being annoyed with her, Jackson predicted he would be the only vote for Kat to stay. He was giving the heads-up to Ovi out of respect. He didn’t want Ovi to be blindsided by the vote.

“I want Kemi gone. She has run her mouth about me since Day One,” said Jackson about his primary target in the house. 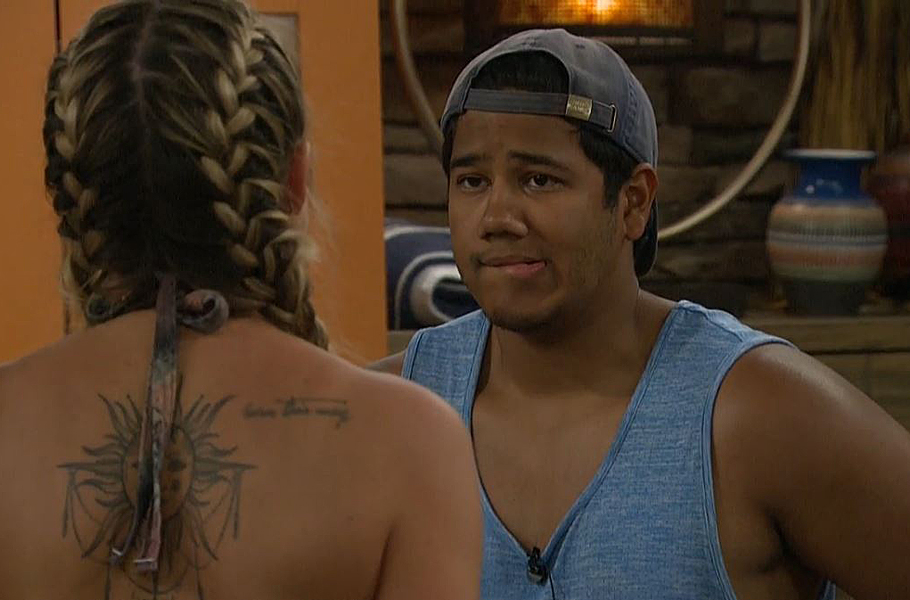 Later on, Christie and Jack also reassured Ovi that he was just a pawn to send Kat home and nothing more. Christie feigned having no clue about Sam’s plans to use the Veto. She promised Ovi he wasn’t being backdoored.

Jack, who doesn’t think highly of Ovi, gave him a hug. Ovi started to cry.

“I don’t want to be backdoored,” he sobbed.

“I was just as surprised as you were,” said Christie advising Ovi not to be paranoid like Kat.

“Let her become a thorn in people’s sides,” Christie advised.

What the houseguests don’t know is Ovi won the first Whacktivity Competition. The Nightmare Power allows Ovi to secretly wake up the house after a nomination ceremony forcing a new meeting. At the new meeting, the original nominees will be safe for the week and the HoH has to pick two new ones. The one-time power is good for the first six nomination ceremonies and it will not be revealed that Ovi had the power.