Big Brother Spoilers: Veto competition brings jubilation and an injury - globaltv
Your browser is not fully supported. We do our best to optimize our websites to the most current web browsers. Please try another browser. ×
IN PARTNERSHIP WITH

Poof! Another HoH’s plans may have gone up in smoke.

Head of Household Cliff put the bros – Jackson and Jack – on the block with the idea of making a big move, getting a massive threat out of the game.

At today’s Veto Competition it was Jackson who pulled off a pivotal win.

“We are playing chess not checkers!” said Jackson describing to the other houseguests how he approached today’s challenge. 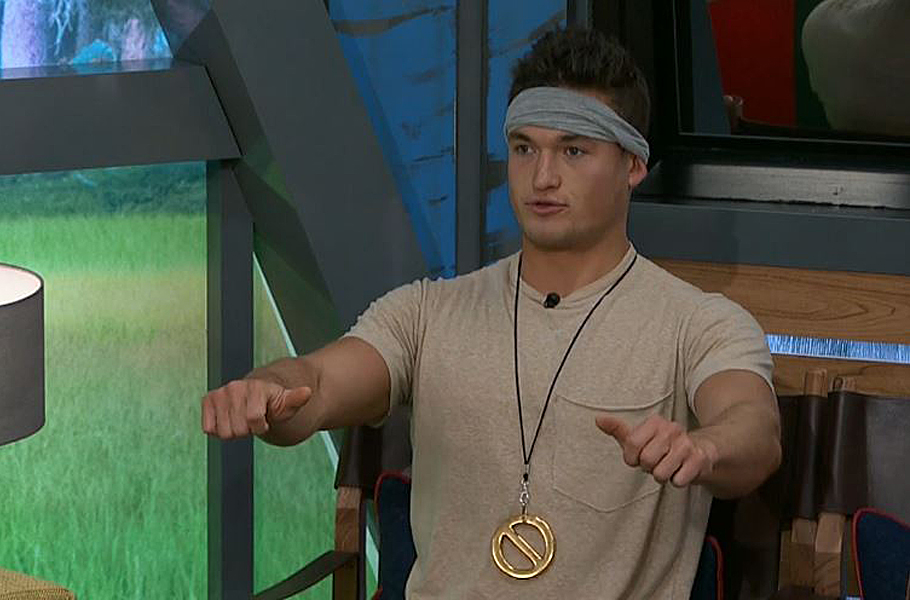 Cliff seemingly hurt his leg while playing in the competition.

“When I turned around and put my foot on the button that meant when I jumped I pushed off with THIS leg and I did something,” Cliff explained to Nick about his injury. Cliff thought it was just a pull until he felt “unbelievable pain”.

“I still think it is just a really bad pull,” answered Cliff rubbing his leg.

Christie has the Panic Power and has waffled back and forth about using it to possibly save Jack on the live feeds in the last few days. The power allows her to change the Golden Power of Veto to a Diamond Power of Veto. The veto holder can remove a nominee and name the person put on the block in their place.