Big Brother Spoilers: Red Hot Veto Win - globaltv
Your browser is not fully supported. We do our best to optimize our websites to the most current web browsers. Please try another browser. ×
IN PARTNERSHIP WITH

This week’s Veto winner is on a hot streak. Sam, who won the Food Fight Veto Competition last week won this week’s competition as well.

Last week, he used the power to take Cliff off the block.

“I am literally terrified of you,” joked Christie as some of the houseguests were congratulating Sam.

Sam said all he really wants is HoH so he can receive pictures and a letter from home. He wondered if air fare is included in the trip to Fiji.

“It is all expenses paid,” explained Christie. 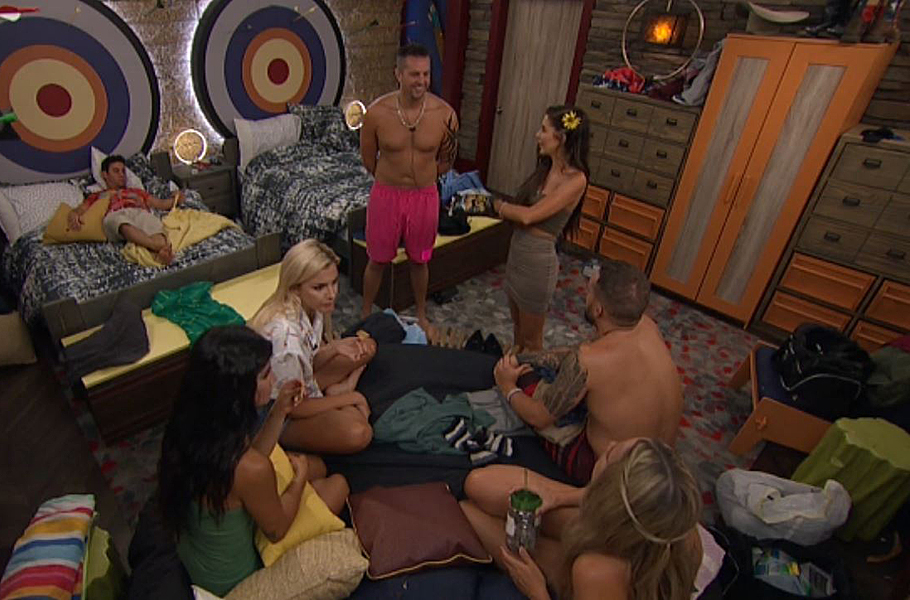 “Then, that is sweet!” cheered Sam.

Christie mentioned that Jessica looked sad after the competition.

“Because she knows I am not going to use it,” Sam said of his power.

“I know. That’s why I walked away. I felt uncomfortable. Who would use it?” said Christie.

Christie remarked that to her, it doesn’t matter who goes although she doesn’t like the way Jessica has been acting. She has been stirring things up the last few days.

As HoH, Jack nominated Kemi and Jessica for eviction.