Big Brother Spoilers: Noms, Whackivity winner revealed - globaltv
Your browser is not fully supported. We do our best to optimize our websites to the most current web browsers. Please try another browser. ×
IN PARTNERSHIP WITH

Friday was a busy day in the Big Brother house. Not only did Head of Household Nick make his nominations but the final Whackivity Competition was played and won.

On the live feeds, Christie told her secret partner Tommy that she won the Whackivity Competition. The power she won is a Big Brother favourite: The Diamond Power of Veto.

The Diamond Power of Veto allows the bearer to cancel one of the HoH’s nominations and appoint the replacement nominee.

Christie explained that the power expires in four evictions.

After the Whackivity Competition was played, Nick nominated Jessica and Cliff for eviction, however, the core alliance may have found a new target in Nicole.

Besides pinning the rogue vote to keep Kemi on her, some have also accused her of calling other houseguests bullies and spreading misinformation, especially to Nick right before he made his nominations. There is no way to clarify Nick’s accusations as the live feeds always cut away right before the Nomination Ceremony.

“Nicole said the four of you girls had a talk and you guys said to her that Nick and I are bullying and that Sis was confirming that,” said Bella to all of the alliance members except Jack in the HoH room. 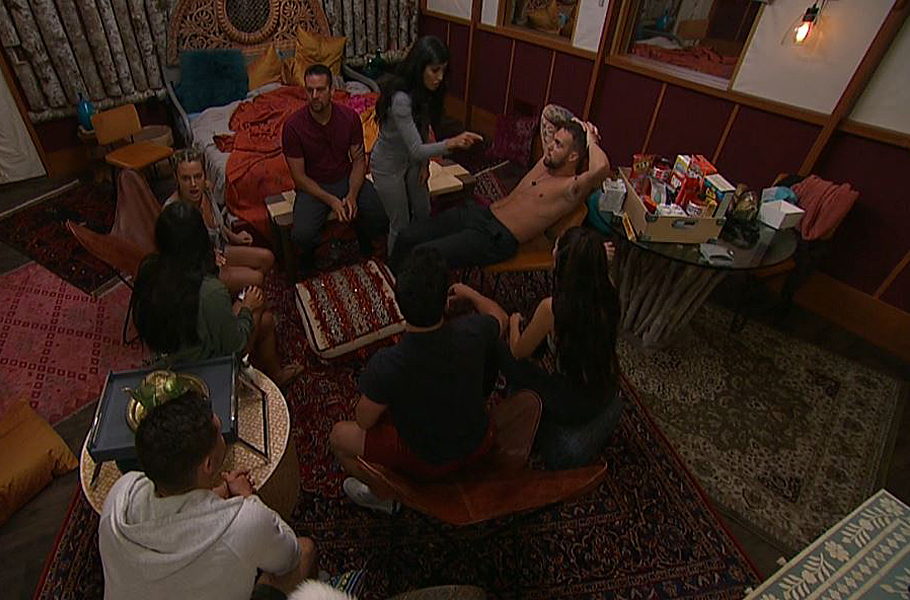 Christie chimed in with her observations.

“She said that you and Nick play on her insecurities and cornered her and interrogated her,” she said to Bella.

Cliff came into the HoH room but Nick asked him to give them a minute to chat. Cliff left the room.

“I told you. Do not trust her,” Christie warned everyone.

“The bottom line is Nicole is playing both sides,” concluded Tommy.