Big Brother Spoilers: Nominee Stresses Over Backdoor Plan - globaltv
Your browser is not fully supported. We do our best to optimize our websites to the most current web browsers. Please try another browser. ×
IN PARTNERSHIP WITH

A Big Brother nominee is on the edge.

Kathryn, the digital marketing executive from Dallas and Cliff, the petroleum engineer from Houston, have been nominated for eviction by Christie, the first HoH of the season.

On the live feeds, Kathryn sought reassurances from anyone and everyone that she was safe and that a plan to backdoor Kemi was in full effect.

“I know that I, myself, have to win the Veto. I am going to choose Jackson. I trust him,” Kathryn told Jessica as they put on their make-up in the bathroom while Jackson was in the shower.

“I cannot rely on someone else to win it, obviously. I am going to pick Jackson as he says he will use it on me. Maybe I should ask him really quick?” she said.

Kathryn approached the shower stall to check in with Jackson. 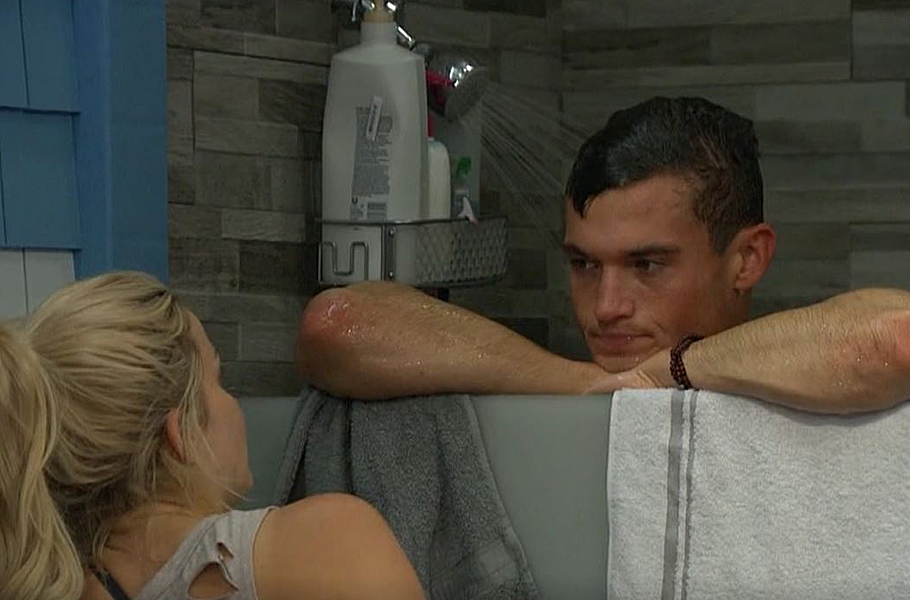 “If I get picked, I am playing to win and I am pulling one of you off,” he said while lathering his hair.

“I am playing to win too,” said Kathryn dancing in place.

Sitting back down, Kathryn made it clear to Jessica that the only people she trusts to take her off the block are herself, Jessica, Jackson and Holly.

When Holly came into the bathroom Kathryn spoke to her too.

“I feel like he is being a little bit weird. Does he not like trust me now? He is being weird though,” Holly said of Jackson.

“I think he is being paranoid that people are putting a target on the both of us so he is trying to distance himself,” Kathryn guessed.

“And neither do we,” laughed Kathryn.

Later on, Kathryn once again needled Jackson for encouragement in the Archery Bedroom.

“Are you conspiring against me?” she joked. 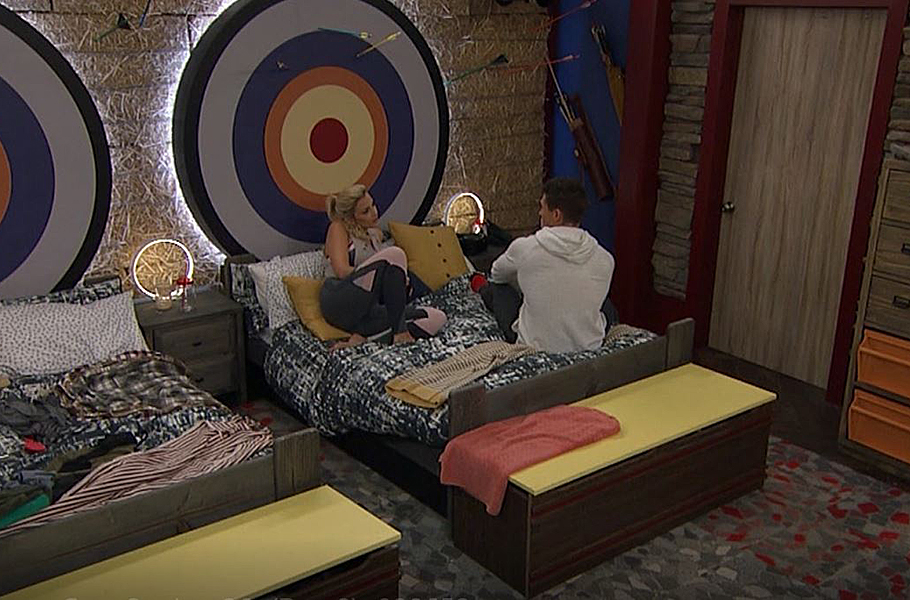 “No, I am actually not. I have been doing everything I can from Day One to keep the heat off of you,” said Jackson.

“I am not plotting anything at all. You are good,” he said.

Christie’s nominations and the new Whacktivity Comp will air on Sunday’s broadcast.