Big Brother Spoilers: Houseguest Reprimanded Over Contentious Comments - globaltv
Your browser is not fully supported. We do our best to optimize our websites to the most current web browsers. Please try another browser. ×
IN PARTNERSHIP WITH

A Big Brother houseguest has been warned about their statements in the house.

Jack Matthews, the 28-year-old fitness trainer, mentioned to Tommy and Jackson on the live feeds that he was spoken to by the producers in the Diary Room.

“It was taken out of context. It is no big deal,” Jack said to Tommy at the weight bench referring to his comment that he wanted to “stomp a mud hole right through” Kemi’s chest.

“I just need to be careful about what I say,” he continued.

“Someone must have told them (production) that…” began Tommy. 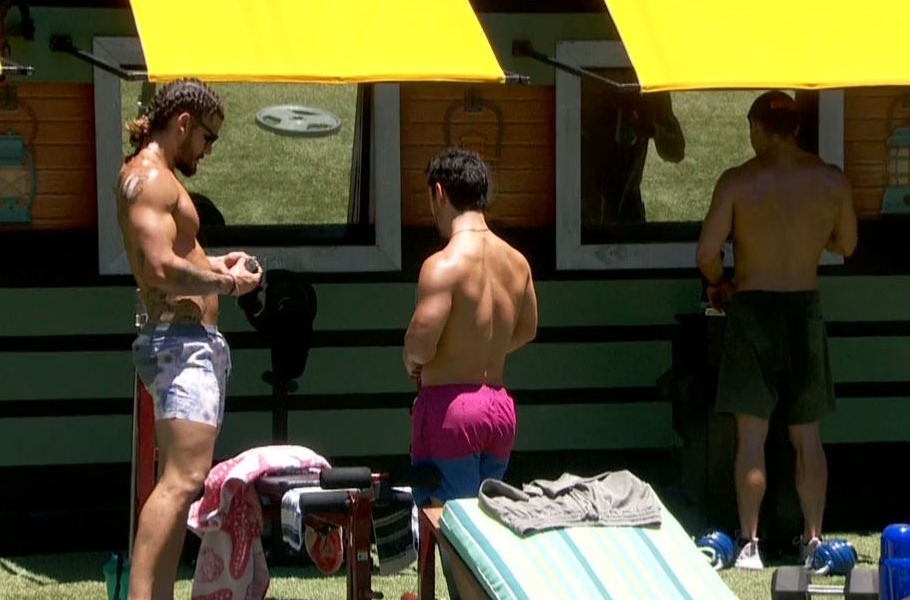 What Jack didn’t mention to Tommy is that on Saturday night in a conversation with Christie he referred to Jessica, a Latino woman, as “Consuela”.

At yesterday’s Veto Meeting, Sam used the power to take Cliff off the block and HoH Christie replaced him with Ovi. Either Ovi or Kathyrn will be voted out this week.