Big Brother Spoilers: Houseguest Makes Controversial Remark - globaltv
Your browser is not fully supported. We do our best to optimize our websites to the most current web browsers. Please try another browser. ×
IN PARTNERSHIP WITH

Life in the claustrophobic, close quarters atmosphere of the Big Brother house gets to the best of houseguests. Expressing frustration with or dislike of other houseguests over daily life or the game goes with the territory every season.

Sometimes though, the 24 hour cameras catch ugly behavior that goes well beyond “blowing off steam” or the petty rivalries which always erupt. In the past, Big Brother UK publicly warned and even removed contestants for what was deemed to be inappropriate, homophobic or racist behaviour.

Last year, during the UK”s Celebrity Big Brother 22, Rodrigo Alves was given the boot by the producers for inappropriate behaviour and language. Aaryn Gries and GinaMarie Zimmerman from Big Brother USA 15 lost their jobs in the outside world because of their racist remarks in the house.

This year, controversy has surrounded Jack Matthews, the 28-year-old fitness trainer, from the very start of the live feeds.

It is not clear what happened before the feeds began but he doesn’t get along with Ovi, Jessica or Kemi. In Kemi’s case, she did throw the main alliance under the bus and has wanted Jack out since the start and he the same of her. 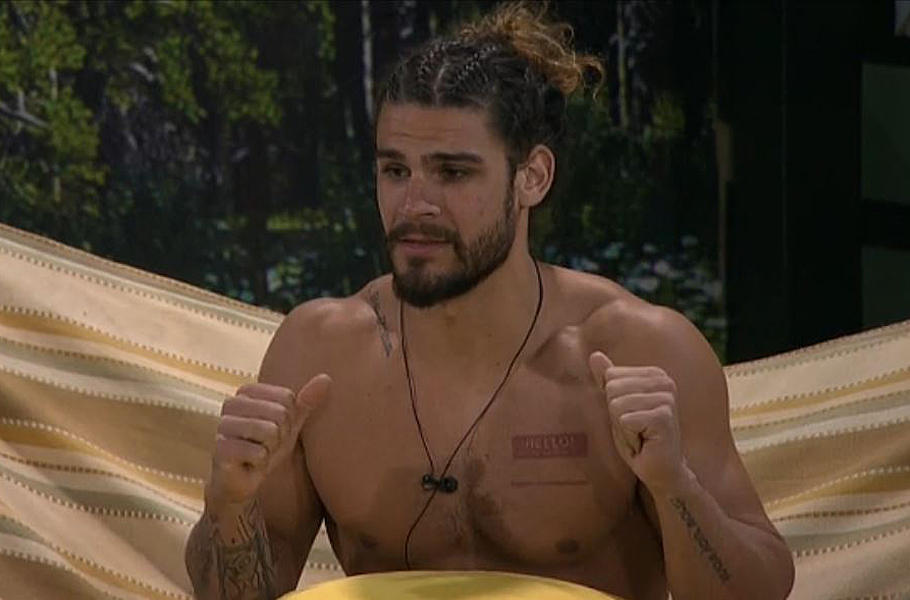 Jack has called Ovi a “douche” and said he wanted to “stomp a mud hole right through” Kemi’s chest behind both their backs.

What has really pushed things though is his comment about Jessica on the live feeds Saturday night while speaking to Christie, Jackson, Nick and some of the other houseguests. Jessica is Hispanic.

“How do you feel about Jess? Are you cool with Jess?” Christie asked Jack.

“Jess and I are tight but she has two faces, f—k. According to all the stories I hear from Consuela, over here,” he replied.

A character from the Family Guy animated series, Consuela is a Hispanic maid who while also being the butt of jokes because of her heritage and station in life, is also rebellious in nature, surreptitiously mocking those who think they are above or better than her. The name and term is sometimes used to ridicule Hispanic women.

None of the other houseguests involved in the discussion questioned Jack’s remark and he seemingly hasn’t been sanctioned by the producers.

At yesterday’s Veto Meeting, Sam used the power to take Cliff off the block and HoH Christie replaced him with Ovi. Either Ovi or Kathyrn will be voted out this week.