Big Brother Spoilers: Houseguest Exhibits More Troubling Behavior - globaltv
Your browser is not fully supported. We do our best to optimize our websites to the most current web browsers. Please try another browser. ×
IN PARTNERSHIP WITH

A houseguest who has already been warned by the producers about his words and actions in the Big Brother house is at the center of controversy once again.

Back on Tuesday, Jack Matthews, the 28-year-old fitness trainer, admitted to fellow houseguest Tommy that the producers called him into the Diary Room to admonish him for his comments.

“It was taken out of context. It is no big deal,” Jack said mentioning that he had to be careful how he speaks in the house going forward. 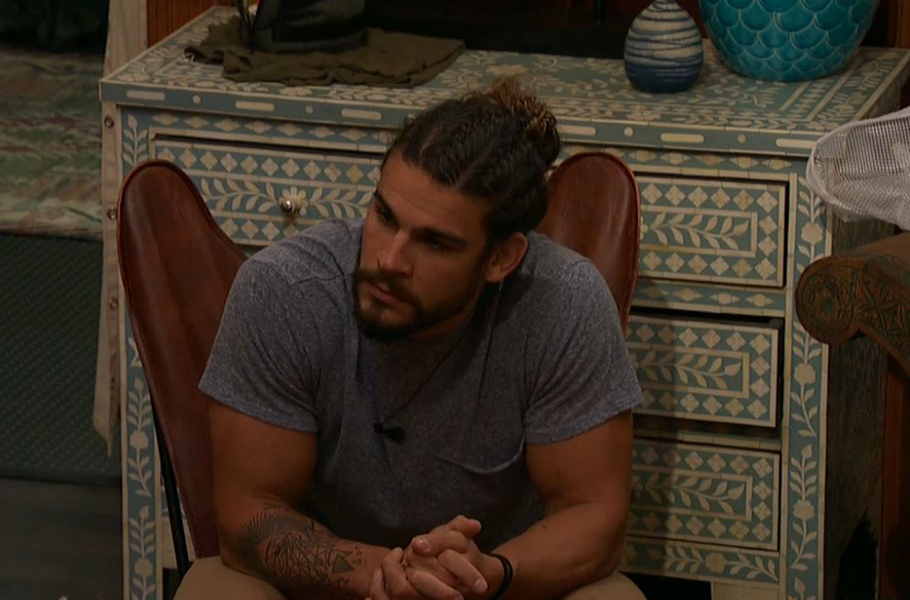 What Jack failed to tell Tommy is that on Saturday night he called Jessica, a Latino woman, “Consuela”, in a discussion with Christie. Consuela is an offensive term used to demean Latino women as lower class people, hired help like a maid.

Yesterday, Jack once again crossed the line with many fans.

While in a meeting in the HoH Room with the rest of the G8ful Alliance, Jack saw David, an African American, on the HoH television. The HoH television has no sound but monitors common areas of the house. The HoH has the power to switch cameras.

Once Jack saw David, he stood up and appeared to be walking across the room mimicking a monkey or an ape.

Christie joked that David always looks like he is hiding his face from the camera. 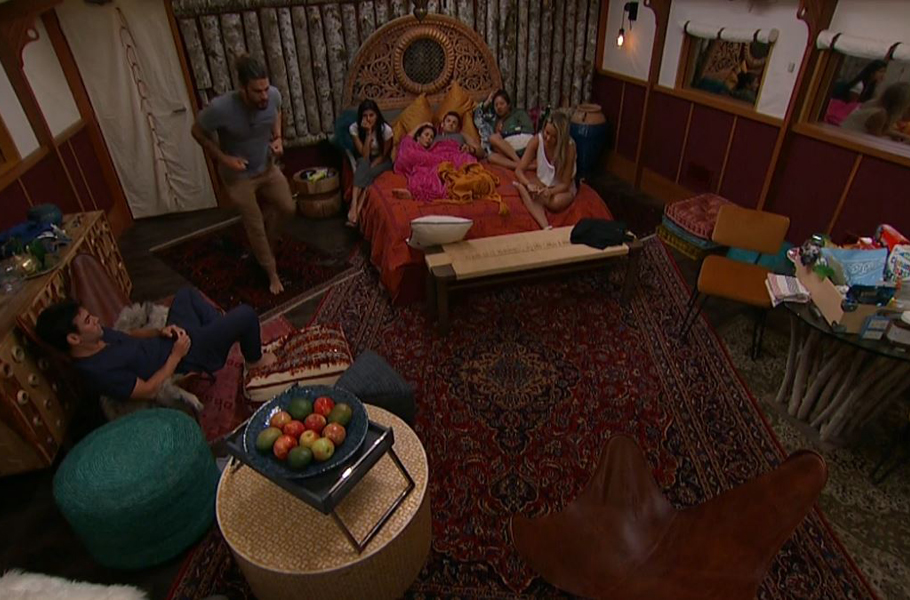 Houseguests who have exhibited offensive behavior in other countries have received warnings or been ejected. For example, Emily Parr, who appeared on season eight of Big Brother UK was sent home for using a racial slur to describe Charley Uchea. Ronnie Miley was booted for similar reasons on Big Brother Israel.

Jack is this week’s HoH and will be making his nominations for eviction today.