Keesha regrets not playing a stronger game - globaltv
Your browser is not fully supported. We do our best to optimize our websites to the most current web browsers. Please try another browser. ×
IN PARTNERSHIP WITH

Branded with the dubious distinction of being the first houseguest evicted this All-Star season Keesha Smith is wishing that she hit the ground running harder and faster.

Speaking to GlobalTV.com, Keesha not only discussed where things went very wrong for her but what she would have done if she could rewind the clock.

John Powell: What was it like to be back in the Big Brother house after all this time?

Keesha Smith: “It was absolutely amazing but to be honest it was completely overwhelming.”

John Powell: What is your take on the house politics at present with there being so many pairs and different factions?

John Powell: What was the difference playing last time and this time, some years later?

Keesha Smith: “Last time I was on Big Brother it was entirely different. When people came in they were playing hard right off the bat. This time around everyone is trying to do the ‘lay-low strategy’. I don’t feel like anyone was really playing the game to the potential that we could have been but you are scared. You are in there with all of those All-Stars. Everyone has played before. Nobody wants to be the target or give people any reason to target you.”

John Powell: What did you think of your interaction with Memphis in the house? You did play together on season 10.

Keesha Smith: “Memphis is Memphis. He hasn’t changed. He is the exact same person. When we came in I was thinking it would be cool if Memphis and I worked together in the beginning but I was still worried about him.”

John Powell: Why do you think an alliance with him wouldn’t have lasted?

Keesha Smith: “I don’t think I can trust Memphis. I definitely did not want to be THAT person…AGAIN! So, I had it in my head that I was going to keep Memphis in my corner for the first half but I am going to have to drop him along the way.”

John Powell: Based on your read of the house which player do you think is in a good position?

Keesha Smith: “It is too early to tell but I think Cody is going to do well if the houseguests don’t wake up and see he is a strong player. Nothing against Nicole Anthony but she is loved…at least by me. (laughs) She is a smart girl and everyone likes her a lot. If she just keeps being the sweetheart she is coming across as she is going to go very far.”

John Powell: It has been mentioned by fans and some of the houseguests themselves on the feeds that they wish you would have campaigned stronger. How well do you think you did?

Keesha Smith: “I am so sad to hear this. (sighs) Wow. That is really hard to hear. There are certain people that I did not go to mainly because Janelle kept telling me they couldn’t be trusted. I did go after some of them. I had a whole conversation with Ian, for example.”

“I was listening to other people’s advice. I should not have done that. I should have come across stronger but I really did think if I stayed quiet everyone wouldn’t see me as a threat. I wanted to play the game but I also didn’t want to create waves.” 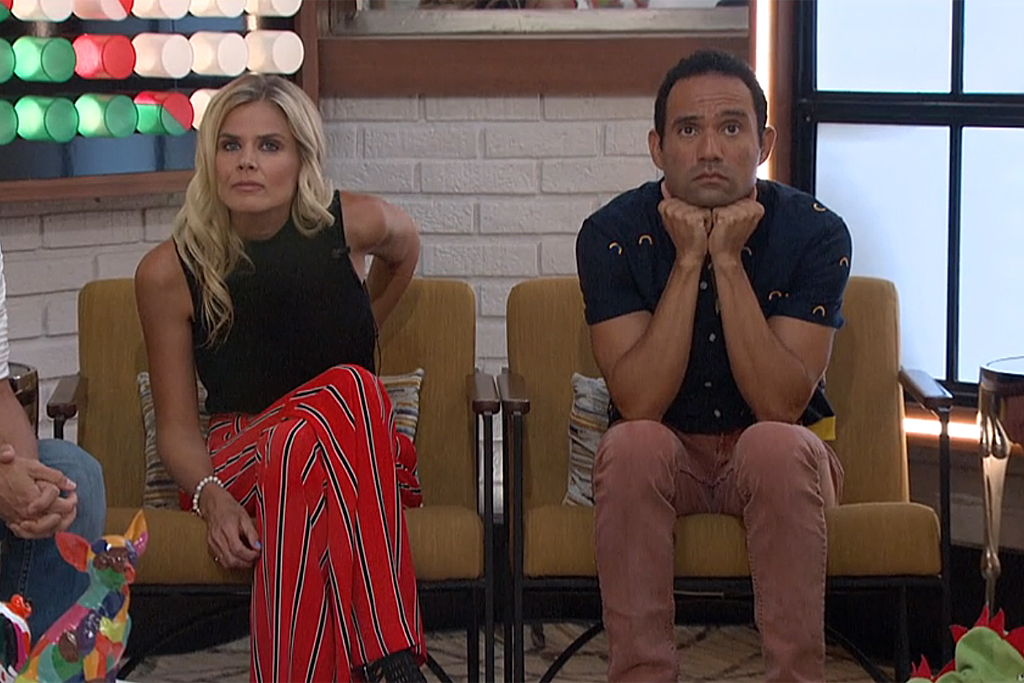 John Powell: What was your strategy going into the game?

Keesha Smith: “The thing is to figure that out I needed to get in there and I needed to figure out their personalities. The problem was they were all playing the same game. Everyone was laying low.”

John Powell: I know it hasn’t even been 24 hours yet since you were evicted but looking back, what would you have done differently?

Keesha Smith: “I would have gotten to know Cody better and not lay so low as to not be a target. That is my biggest regret. Everyone also keeps asking me about my strategy. Apparently, I should have done that differently. I should have come on stronger to the houseguests. I was taking people’s advice.”