Kaysar thankful, humbled by fan support - globaltv
Your browser is not fully supported. We do our best to optimize our websites to the most current web browsers. Please try another browser. ×
IN PARTNERSHIP WITH

In the history of Big Brother there have been many unforgettable duos such as Jeff and Jordan, Danielle and Jason, Dan and Memphis, Mike and Will as well as Janelle and Kaysar.

That isn’t breaking news though to anyone except seemingly Kaysar himself.

“I don’t know what to say about it other than I am thankful. It is really hard to believe. It blows my mind. I didn’t even know if anyone was going to remember me,” Kaysar said about the fan support he has received since returning to Big Brother.

Shocked that he and Janelle are even more popular than they were years ago Kaysar believes the secret behind the duo’s longevity is that fans watching the feeds and the show are seeing a genuine friendship and emotions play out before their very eyes.

“I am incredibly humbled by the whole thing especially after all of this time. In this business things don’t last. I think when you give people things to hold onto, the more appreciative and receptive they are. What we have given them is something incredibly genuine. I couldn’t have done that alone. Janelle is part of my journey and my story,” he said admitting though that they both could have done a better job staying in touch.

John Powell: When I interviewed Janelle she said: “I don’t want to lose touch with him again. It has been 14 years. I don’t think we will ever play again but I want to keep this friendship going because it is one of the most special relationships I have had in my life.” How do those words make you feel and what does the future hold for your friendship? 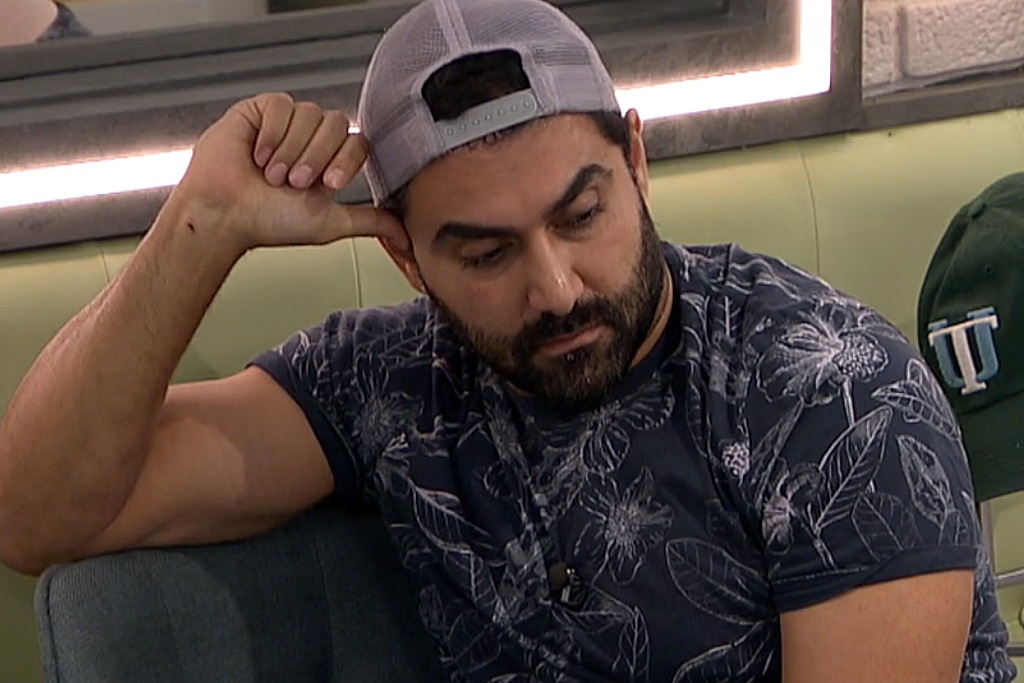 Kaysar Ridha: “I really believe Janelle and I have been best friends since a previous life. It comes through on television. Whatever you are seeing is real. It warms my heart to hear her say that because the feeling is mutual. I hope we stay in touch. It is one of the most special relationships that I have ever been fortunate enough to have.”

“The sad thing is, and is why we took it for granted, is that it came so easy to us. We needed each other because we were up against the wall. We fought our way through from season six to where we are today. It was an incredible thing and still stands the test of time. Even after all of these years and the both of us doing a horrendous job of keeping in touch we found ourselves in that house again. It wasn’t awkward. It wasn’t different. We picked up right where we left off and if that doesn’t speak volumes about the nature of our relationship then I don’t know what does.”

John Powell: Before you left the house last night you threw a few live grenades around with your speech. Did it have the effect you hoped it would?

Kaysar Ridha: “I still have to see what transpired after my speech but I noticed right after I said what I said some people had their arms crossed and I got some icy vibes. That was just perfect! Some of it was comical for me. It was meant to be in good fun. I was also signaling to the house for them to get their act together and start playing this game! It is a damn snoozefest…at least from my perspective. Hell, this is All-Stars! Let’s get it together!”

John Powell: Janelle and Nicole Franzel entered the house feuding with one another. Meanwhile, Janelle was your closest partner in the game. What was it like being burdened with that and how did it impact your strategy, game?

Kaysar Ridha: “Here is my thought about that. People approached me about various people in the house. So-and-so did this. So-and-so did that. I told people Janelle is her own person. There was the phrase thrown out: “Guilt by association”. It was infuriating. Someone else said something in the house and I was held to whatever THEY said? The whole thing is absurd.”

“Janelle is sassy. That is what everyone has come to realize over the years. Nobody can change that. It is part of who she is. That doesn’t mean that is how I would approach things. I don’t have any personal beefs with Nicole Frenzel nor do I have any grudges. After Janelle left I tried to keep the peace and tried to have a really decent relationship with her. I know that Janelle is fiercely loyal. She takes issue with certain things. When she does, she doesn’t let them go. (Laughs) She wants to make sure that you know that. That is where all of that stems from. My personal point of view is just I don’t approach things that way. I find ways to bury the hatchet and move on.” 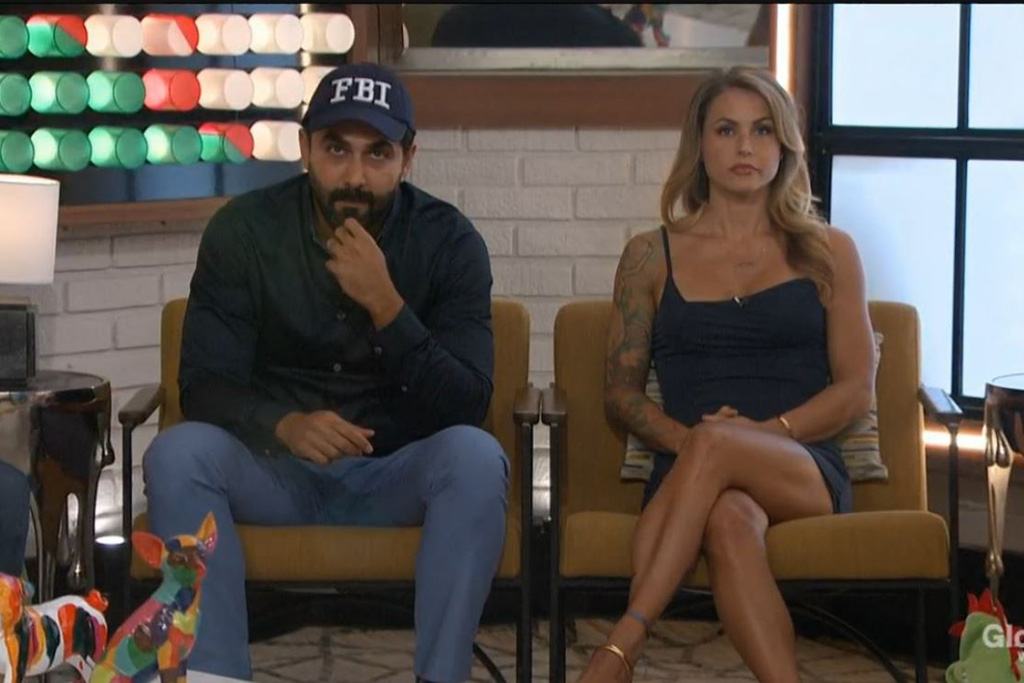 John Powell: Another factor which dragged your game down was Nicole Anthony’s campaign against you and Janelle after you tried to save her. How do you feel about things now that you are out of the house as her gameplay really poisoned the well for you both?

Kaysar Ridha: “I have said the same thing verbatim in the house. We got the short end of the stick. There was very little we could do about it. It sent our gameplay into a spiral but here’s the thing, anyone could have fallen victim to that. I didn’t even know Memphis was playing me. There is so much that you think you know but that you don’t know. It is certainly unfair to believe if you get caught up in one of those moments that you are a bad person. I had a moment with Nicole. She was crying and she confessed that she did some bad things. My response to her then is as it would be now. I want her to take care of herself and it is okay. I don’t hold that against her at all.”

John Powell: The default gameplay seems to be a core alliance runs the house and those outside that alliance get picked off one by one. What was it like wanting to make moves and shake-up the house but not having anyone else willing to do that or take that chance?

Kaysar Ridha: “I felt I was giving speeches and trying to convince people to do something. I can honestly say I left it all on the table. It was incredibly frustrating but people weren’t willing to make a move for one reason or another. I told them, you don’t want to make a decision or move from a position of weakness. Don’t wait until it is too late. I tried to use history you just mentioned as an example. Data doesn’t lie if you take a look at trends this is how things transpire. Big block alliances form, they run the house while the others are running around and picking each other off.”

John Powell: Many are playing the “As-long-as-it’s-not-me” strategy.

Kaysar Ridha: “That is the gameplay and it is a horrible place to play a game from. That’s not how I play my game. I told people not to idly sit around, getting picked off and waiting for crumbs to fall off the table. That is not a Big Brother All-Star game. Maybe in a regular season you could enjoy that luxury but let’s not play the game that way. I tried and I tried and I tried.”

Kaysar Ridha: “I have to give my respect to Memphis. He pulled a fast one on me. He was right under my nose and I didn’t see it. I can honestly say that. I am not going to go back and say I felt like something was going on. I had no idea. I am very impressed. The worst gameplay? It is hard to say. I want to see people start to maneuver and do something. I think it would be unfair to call anyone out. I will say that David is having the most trouble because he is unable to navigate. He is isolated and not able to work with anything. He won’t even have conversations about it.”