Big Brother Spoilers: Kat Comes Clean - globaltv
Your browser is not fully supported. We do our best to optimize our websites to the most current web browsers. Please try another browser. ×
IN PARTNERSHIP WITH

Kat got caught. Kathryn Dunn, the digital marketing executive from Texas, played both sides against the middle and paid the price for her double, triple, quadruple dealing.

While her erratic gameplay was very public what wasn’t at first was the fact that she and Holly knew each other prior to being cast on the show. According to Kat, they were both familiar with each other but nothing more.

“I knew her from pageants and swimwear modeling. We were just acquaintances. We didn’t strategize before. She was an acquaintance. I got to know her while we were in the house but as far as strategizing before the show, no, we didn’t,” Kat clarified.

Strangely enough, both Holly and Kat ended up in a showmance with Jackson. Kat though has a very different interpretation of what went on between her and the bartender from Los Angeles.

“Oh gosh, what did they show? We were never really a showmance. I think people wanted us to be but we really weren’t. I personally didn’t want to have a showmance as part of my gameplay and he told me the same. It was more just we really hit it off and got along well at the beginning. I wouldn’t even say things necessarily went wrong. I think everything happened the way it should have and I got to play my own game independently,” she said.

Kat also got very close to Cliff. She even affectionately called him “Dad” in the house. Some fans were a bit confused when Kat confronted Cliff for making a deal to save himself this week.

John Powell: You gave Cliff some grief for accepting a deal to keep him in the game. Would you have accepted the same deal? Why or why not?

Kathryn Dunn: “I mean, honestly the deal he was making to people was the same thing that I was pitching. The difference was, with him it was more of a ‘handshake deal alliance’ and mine was really just my word that…Hey, I’m not coming after you. That’s more my style. I was more of a casual campaigner than a let’s make a deal kind of thing because I think that’s the type of campaign I would react to and I would like it to be more genuine than handshakes and deals. At the end of the day, I was offering all the same people immunity if I had won HOH.”

John Powell: You had a special bond with Cliff. Do you regret throwing him under the bus during your speech?

Kathryn Dunn: “I don’t think I threw him under the bus. I mean everyone already knew what he was doing and I wouldn’t have done that if people didn’t already know. So, no, I don’t really feel bad about that and honestly I think he understood. Maybe. Hopefully.”

John Powell: We saw a lot of crying but not many tears from you. How much of your crying was strategy?

Kathryn Dunn: “None of it, at all! Crying was definitely not my strategy. I wish I could’ve been more of an emotionless player. I didn’t want to cry that much in the house. I didn’t want to be the crier of the season.”

John Powell: Would you have honored your final two with Holly and do you feel betrayed by her in any way? 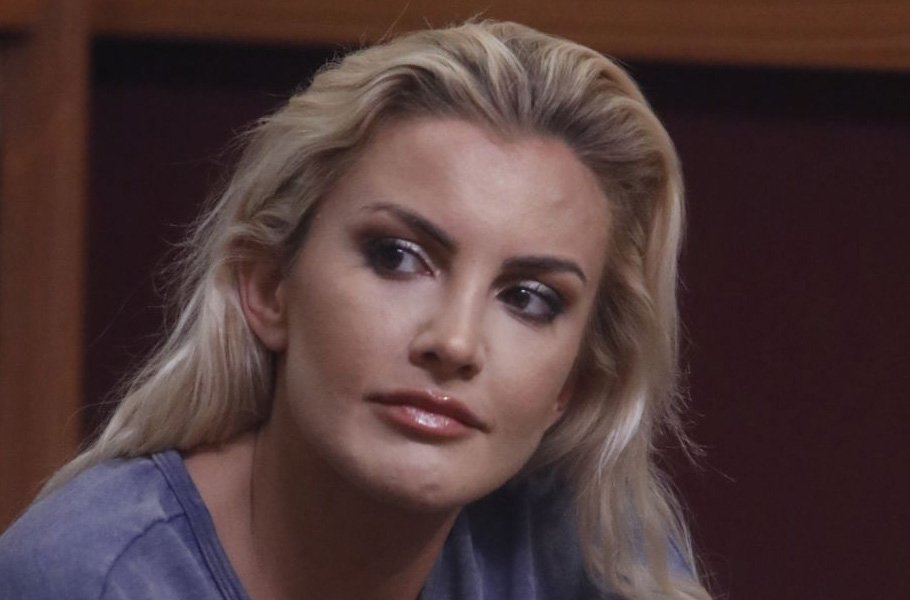 Kathryn Dunn: “I had every intention of her being my final two. Things did get shaky because I think she chose Jackson over me. I think she is playing his game. Still, I always had her best interests in mind but had it been me, her and Jess in the final three, things would’ve gotten tricky. That would have just had to be a game-time decision.”

Kathryn Dunn: “I think that probably Cliff and Christie are playing the best game and maybe even Tommy. I think his downfall will come soon though. I think the worst game is Nick, actually probably Nick and Nicole.”

John Powell: Who do you hope follows you into the jury house and why?