Janelle: 'Nicole likes to play the victim' - globaltv
Your browser is not fully supported. We do our best to optimize our websites to the most current web browsers. Please try another browser. ×
IN PARTNERSHIP WITH

The outside world has had a massive impact on this season of Big Brother All-Stars…and we aren’t just talking about the pandemic precautions.

A very personal feud from the outside world has made its presence felt in the Big Brother house.

Veteran and Big Brother icon Janelle Pierzina and season 18 winner Nicole Franzel wanted nothing to do with each other the moment they stepped into the house together. They avoided each other at all costs.

The bad blood began when Nicole turned her back on Janelle’s friend on The Amazing Race 31 last year after they struck a deal to protect each other. Janelle’s friend being Big Brother season 13 winner Rachel Reilly. Since then, Janelle hasn’t trusted Nicole and warned this year’s All-Stars not to put their faith in her.

As fans have seen on the live feeds Nicole has done her fair share of trash talking too but has taken things to another level by concocting scenarios and misrepresenting what Janelle has said and done in the house including accusing her of deliberately keeping her awake at night to “torture” her.

Out of the house and hearing about these deceptions for the first time Janelle is not shocked. 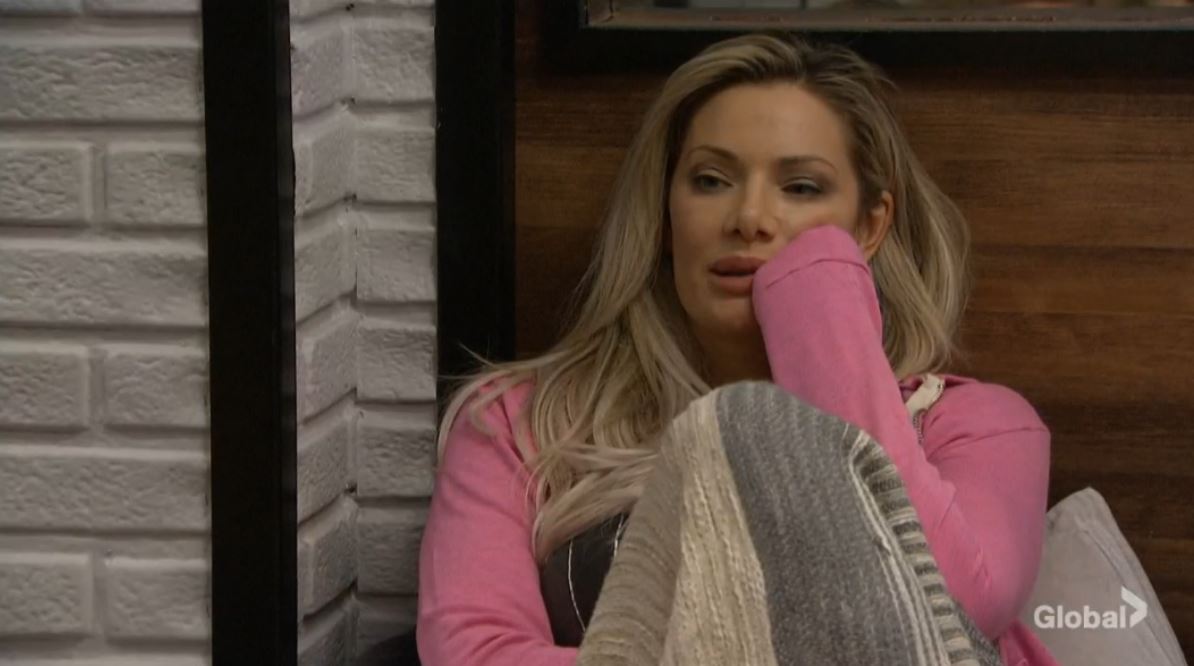 “Her game is the same as it was in Big Brother 18. She likes to play the victim. That is the number one thing that she loves to do. She plays victim. She cries and she complains. Then, she pops out of bed week nine and she starts winning Power of Vetoes and HoHs because there is nobody left in the house,” said Janelle about Nicole’s behavior and strategy.

In closing the door on her Big Brother legacy and talking about her fourth time playing the game, Janelle also opened the door to a possible stint on another hit Global series: Survivor.

John Powell: What compelled you to come back for a fourth time?

Janelle Pierzina: “It was an All-Star cast. I was thrilled to be asked to come back for a fourth time. Nobody has ever played four times. Also, the game of Big Brother has given me so much in my life that I felt that I had to give back. I have to say thank you to the fans, CBS, the game because they have given me everything in life. It has also in some way shaped me for who I am as a person.”

John Powell: Going back to the game itself, it must have been very frustrating for you and Kaysar to work so hard to save Nicole Anthony and then for her to basically poison the house against you. Looking back how do you feel about the situation?

Janelle Pierzina: “It was extremely unfortunate for my and Kaysar’s game. Kaysar was my number one ally but Nicole was number two to me. I trusted her. I told her everything. I don’t know why it was a good game move for her to blow up my game. I don’t know why the paranoia was so bad with her that she would think I would ever betray her or to do anything to hurt her in the game. I wish she would have watched more of my seasons to understand what kind of player I am and what kind of person I am. I am not like that and I don’t play like that.”

John Powell: Do you think there is a generational clash when it comes to the houseguests playing the Big Brother game?

Janelle Pierzina: “I absolutely do think there is a generational thing. We are playing with freaking Generation Zs in there. I am so Gen X. I am so up front and honest. It is unfortunate that these younger players are all about their feelings and you know that is fine but that is not how I play and that is not how the game was played last time I played. I think there is a distinct generational difference in how people play the Big Brother game.”

John Powell: There were some really touching scenes between yourself and Kaysar this season as you were reunited as friends in the house. What does the future hold for that special friendship?

Janelle Pierzina: “I don’t want to lose touch with him again. It has been 14 years. I don’t think we will ever play again but I want to keep this friendship going because it is one of the most special relationships I have had in my life.” 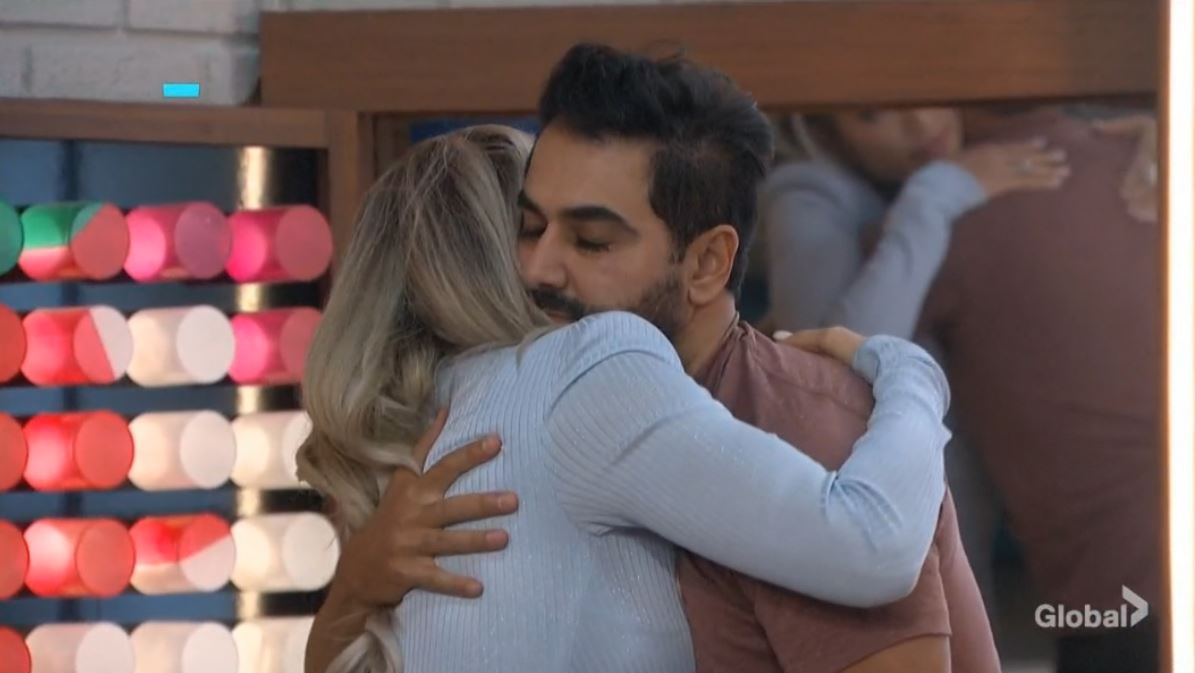 John Powell: What is your perspective on how the All-Stars game is playing out?

Janelle Pierzina: “I haven’t seen all of the footage but is it good gameplay to immediately be outed week one when you are in an alliance? I don’t know. I mean, the rest of the house knows about the alliance. I don’t think that’s great gameplay. It is week four and the others could turn things around. The gameplay itself is very boring at this point.”

John Powell: How hard is it to play with people who just want to fade into the background, vote with the house and not make any kind of move?

Janelle Pierzina: “It is super frustrating. I hate playing with people like that. First of all, I could never play like that. It is just not in my DNA. The people who want to sit back and don’t want to do anything, don’t make waves, I don’t like seeing them go far as it is not exciting to watch as a viewer and it is so predictable. I want to scream at these people…For once in your life do a game move for you! Take a stand! Do something! Don’t go with the house. Switch up the vote. Make people paranoid. Play the game.”

John Powell: Understanding that you cannot see everything we do watching the feeds and the show, who do you think is playing the best game and who is playing the worst?

Janelle Pierzina: “The worst player in the game is David. That guy has no freaking clue. I will honestly say he is the worst player I have ever played with. Chicken George is a better player. At least Chicken George had a sense of the game even though he could win power. He knew to go after Doctor Will. David is so in the dark and I don’t think he can turn that around.” 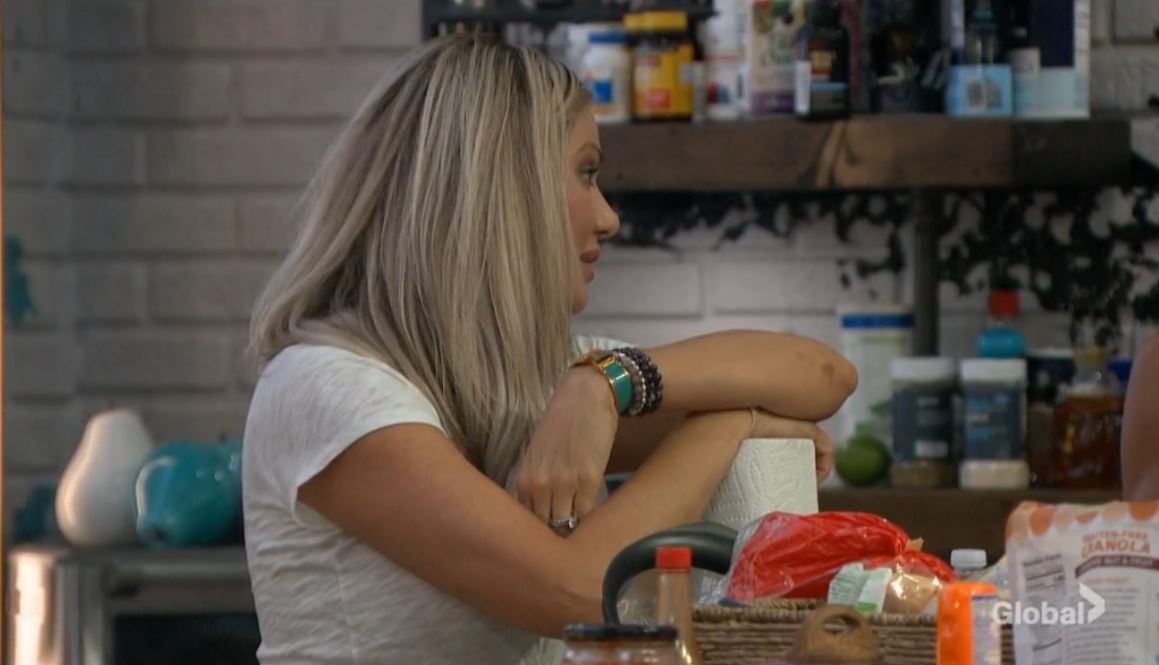 John Powell: How has this time playing Big Brother been different for you?

Janelle Pierzina: “This season has been very positive for me. Season 14 was different. It was like playing in a house full of Davids. I tried to coach those people. I tried to help them. It was all extremely disappointing. So, this season of All-Stars was extremely positive. I don’t have any hard feelings. I feel great. I feel like my Big Brother legacy is over at this point and I am 100 percent okay with it.”

John Powell: We heard you talk about your real estate career and your family a lot in the house. What does the future hold for Janelle now?

Janelle Pierzina: “I am going to spend five days at my lake house and just chill out. Once next Wednesday hits, I am hitting the ground running. I will be selling houses again. If I am not busy I am not living. I am excited to get back to my career.”

John Powell: What would it take to make you take a break from all of that again?

Janelle Pierzina: “The only thing that could take me away from my job and family again is Survivor. That would be the only other game I would consider playing.”