Indy: Brittany and Kyle were ‘rude’, ‘mean’ - globaltv
Your browser is not fully supported. We do our best to optimize our websites to the most current web browsers. Please try another browser. ×
IN PARTNERSHIP WITH

She may have had one of the most gracious and amicable exits in Big Brother USA history but Indiana “Indy” Santos has an axe to grind with some of the houseguests now that she is the first member of the Big Brother jury.

She is upset at how she was treated by The Leftovers alliance, in particular Brittany and Kyle, to the point that she doesn’t even want to speak about them and what they did to her…unless she has to.

“I feel most betrayed by Brittany and Kyle because both of them made me feel really bad about myself, saying things to me that weren’t true. There’s one thing if you were playing your game and you were like…’Indy, I won’t vote for you. That’s it, my friend. Peace out.’ That’s one thing. And there’s another thing about saying because you did THIS you won’t get my vote,” said the disappointed 31-year-old corporate flight attendant about being accused of betraying her friends in The Leftovers alliance because she had more than one alliance in the house: The Girls Girls and the very, very short-lived Fly Swatters. 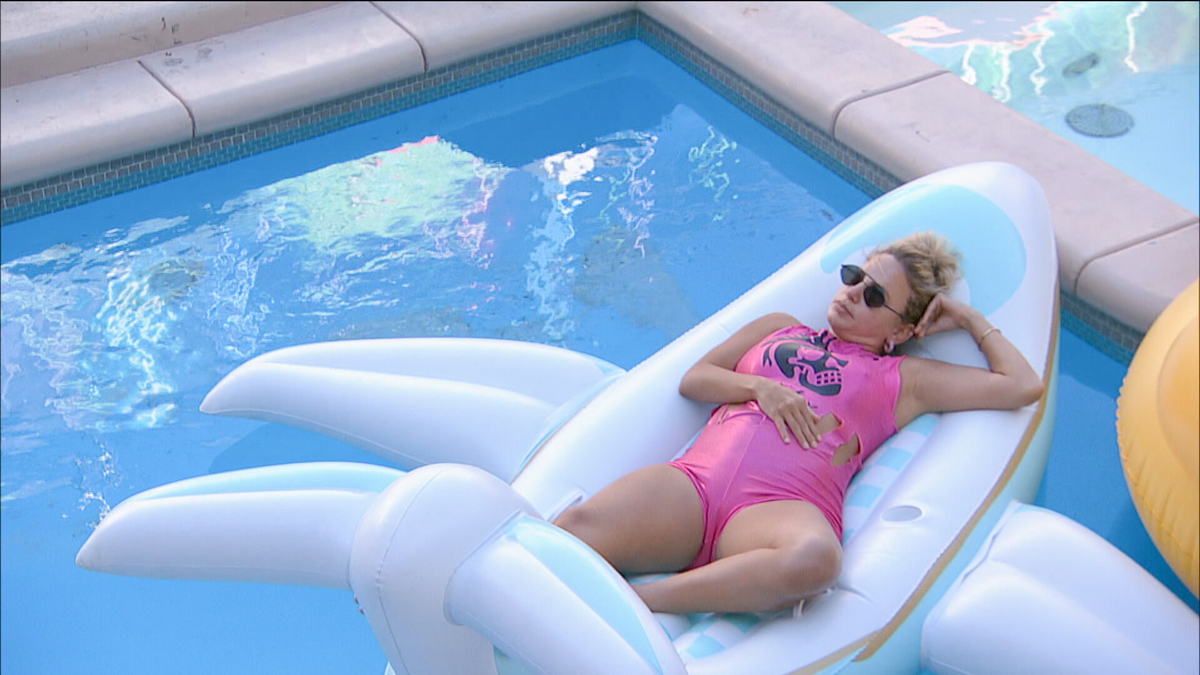 Indy says both of those houseguests really made her feel bad about herself when she had no reason to as they obviously were in multiple alliances too but didn’t ever tell her or admit to that.

“I feel it was really bad and really unfair. Both of them brought out (negative) feelings about myself and that was really mean and really rude. They made me feel like I wasn’t being fair and I wasn’t being honest and that I was not being loyal. Those are the things that I can’t handle because I know how honest, how loyal and how fair I try to be all the time and in my daily life. It was a lot. I feel bad. I feel really bad about that right now. I don’t know how my feelings will be in a week or six weeks or a year but right now I really don’t want to waste my time in interviews talking about that,” she said sternly but with a smile.

Since she has found out about The Leftovers alliance what has really ticked off Indy was that just hours before the live show Brittany, Michael and Joseph deceived Indy by saying they weren’t voting for her to stay because she had alliances outside of the one she had with them when in reality it had been The Leftovers plan to vote her out all along.

Like many fans Indy cannot wait until The Leftovers are discovered by the other players or have to turn on each other.

“I still hope that people find out about their alliance and they have to fall apart,” she smiled.

Indy came to the show as a big fan of Big Brother in her native Brazil which has been on television for 22 years. That version is much like the Australian one which is a mix of the traditional format and the North American format of the game where there is a Head of Household, Power of Immunity but they work in different ways and the public votes on who ultimately wins not a jury. Having watched that version Indy found it difficult to bend her head around the new rules and strategies in the American version.

“It was super hard to adapt to this version of the game because I am a really authentic person. It was super hard for me to adapt and see that people really manipulate and lie and do all that stuff for money. It was kind of hard. I thought that at the beginning…Oh my gosh! They’re going to think that I’m in the playground and they’re gonna put me out in two days,” she said surprised at how well she played and how long she lasted.