Big Brother 19 Spoilers: Tempers explode - globaltv
Your browser is not fully supported. We do our best to optimize our websites to the most current web browsers. Please try another browser. ×
IN PARTNERSHIP WITH

After Paul nominated Jessica and Cody for eviction a heated debate broke out in the Head of Household room.

“And you do what nine people tell you to do, Paul?” said Cody challenging Paul.

“Paul, you are the HoH. You are the one who is going to be unhappy on Thursday. I am not threatening you. That is part of my Temptation,” Jessica warned.

Paul claimed the reason he put Cody and Jessica up is that he knew they had some safety of some sort.

“I thought you were smarter in this game, Paul?” said Cody. 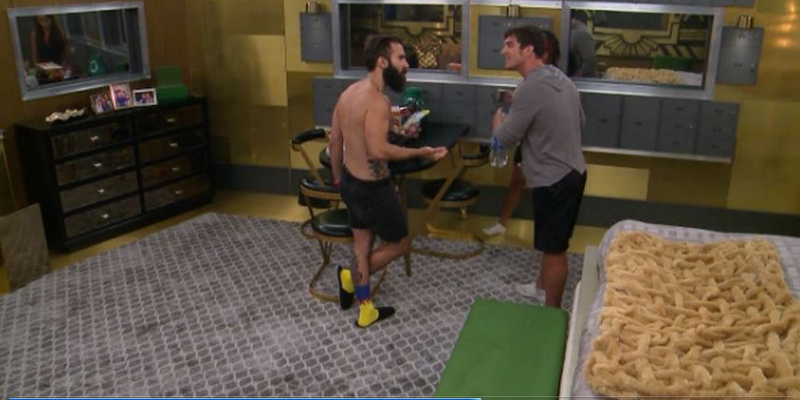 Paul said Cody and Jessica were to blame for not detailing the Temptation to him.

“I don’t say I know this game better than anyone else,” Paul responded.

Jessica told Paul he should have clarified the Temptation before moving forward.

Paul asked Jessica to calm down and Cody took exception to that.

“You treat those f—–s like they are dogs down there! I am sick of that! Don’t say it to Jessica either! Don’t tell Jessica to lower her f—–g voice!” yelled Cody.

“Back out. Leave this room,” said Paul.

“F—k you, Paul. What are you going to do about it?” snapped Cody.

“You are an emotional pussy, leave this room,” Paul shouted after Cody. Cody turned around and walked back up to Paul.

“What the f—k are you going to do about it?” Cody demanded.

“Nothing, because I am an adult,” replied Paul.

“Paul, you are nothing but a character on a show,” said Cody as he walked downstairs.

Minutes later, Josh began trading words with his nemesis Mark in the kitchen.

“Bro! Nobody is scared of you. Get the f—–g point! You are a joke!” Josh yelled at Cody who was in another room. 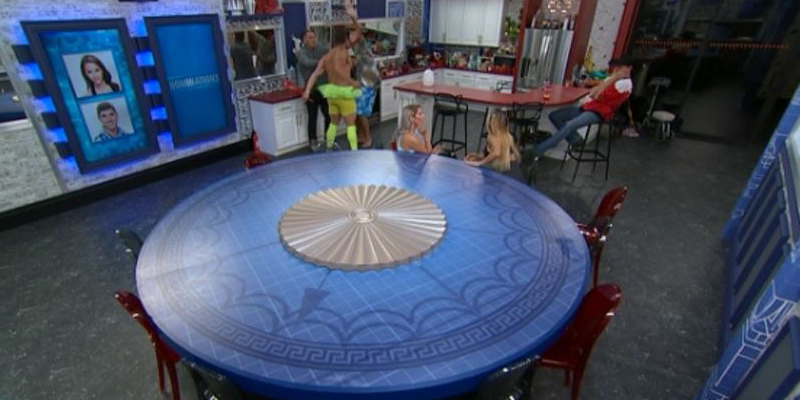 “Why don’t you shut the f—k up?” said Mark who had remained quiet and sitting on his own throughout the entire tirade.

“You will s—t on me? I am waiting,” said Mark laughing.

Asking Mark what was funny, Josh picked up pots and pans banging them in his face.

Mark got up. Josh backed up. Mark then ripped the pots out of Josh’s hands before the live feeds were cut.

While Mark was in the Diary Room, Josh continued to taunt him. When Mark re-entered the house, Josh screamed at him. Mark walked away without saying a word. He later told Elena he was warned against using physical intimidation by the producers.