Evicted Houseguest stunned by alliance reveal, addresses live feed controversy - globaltv
Your browser is not fully supported. We do our best to optimize our websites to the most current web browsers. Please try another browser. ×
IN PARTNERSHIP WITH

It is tough to hear one alliance was working against you the entire time in the Big Brother game. It stings even more when you realize there were two groups targeting you. Whitney Williams, the make-up artist from Oregon, never knew that she was playing against not just the Royal Flush alliance (Alyssa, Christian, Claire, Derek X, Kyland, Sarah, Tiffany and Xavier) but the Cookout alliance (Azah, Derek F., Kyland, Tiffany and Xavier) too.

It was a complete shock for her to discover that the odds were and are stacked against her and others in the house.

John Powell: Julie Chen-Moonves revealed the Royal Flush alliance to you on the live show yesterday. What you may not know is there is another alliance that was formed almost immediately called The Cookout. The core members are Derek Frazier, Azah, Xavier and Tiffany. Are you surprised to hear about this, what you were really up against?

Whitney Williams: “I am shocked to hear that they started at the beginning and they’re still going strong. I feel like that’s crazy that they were able to find people they connected with so early. I am in no way shocked about the Royal Flush though. I actually pinpointed most people within that alliance and knew that they were working together. You could kind of see that based on the interactions they had with each other. I’m shocked by the size of it though. I had no idea that there were eight people in an alliance together.” 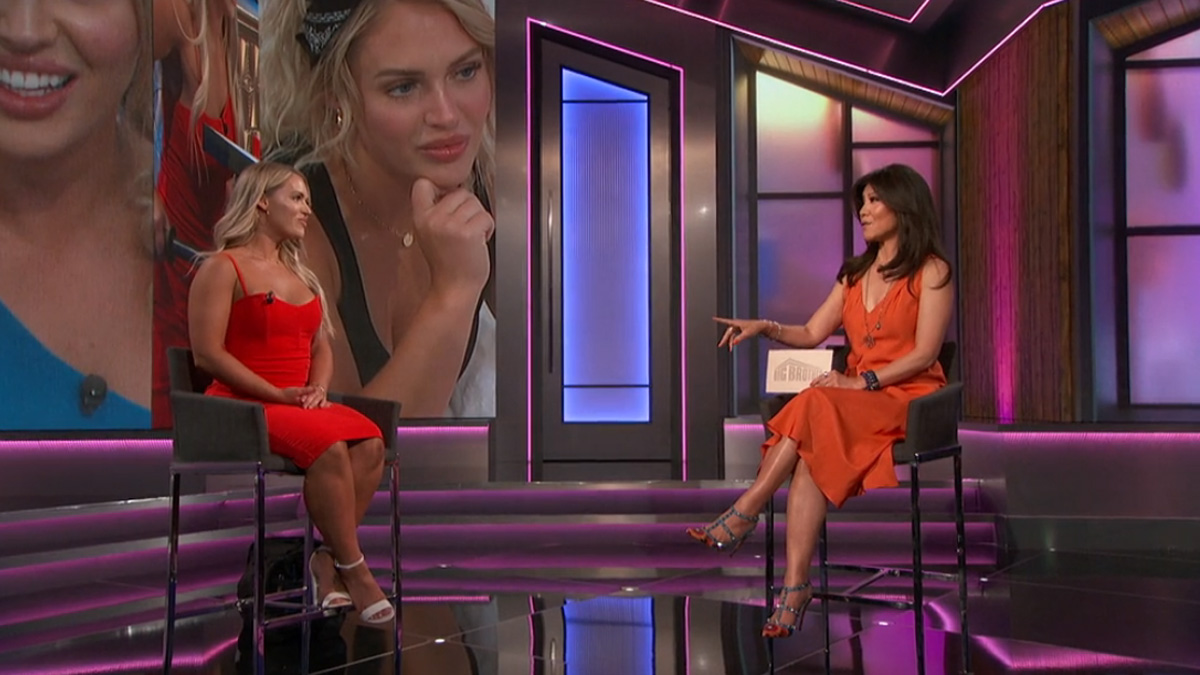 John Powell: Are you frustrated to learn about the actual numbers that were against you?

Whitney Williams: “I’m upset that I wasn’t approached to be in one of those alliances because I really, truly wanted to work with a lot of people who were in the Royal Flush. It is frustrating to hear but again it does make sense considering who I was with the most early on in the season. I don’t know. (Sighs) Sorry. I have a lot of mixed emotions and feelings right now. (Sighs) I’m really just looking forward to going back and watching the episodes. I cannot wait to see what’s been going on that I haven’t noticed.”

John Powell: You mentioned your children a lot in the house and how much you missed them. What got you through those tough moments?

Whitney Williams: “I had two different moments where I was hyperventilating and had a really hard time getting out of it. It is really, really painful but I really had to make a conscious effort to think about them as little as possible as hard as that is for a parent to do. The more that I did talk about them the more it would bring up these really strong emotions. It was incredibly difficult. I tried to use them to fuel me through the competitions though.”

John Powell: Before the season you shared your inspirational story of the hardships you went through. Can you talk a little more about that?

Whitney Williams: “I had really, really rough moments where I, to be completely honest, didn’t know how much longer I was going to be able to stay in this world. It took a very conscious effort to make myself come out of it and not everybody can do it. I was fortunate enough to have the mental mindset to force myself out of it. Things will get better and I know that’s so hard to hear because everybody says that and it’s so hard to believe that for you sometimes too. I lived in an attic with my two boys sharing a twin-size bed just three years ago and now I have my own business and almost 20 employees and I was just on Big Brother! I love my life and I am a fan girl of my own life.”

John Powell: I want to give you the chance to speak about a controversy that arose a few weeks ago. Alone, Claire spoke to the cameras and feed watchers directly commenting that you didn’t believe the Sandy Hook incident took place. Do you have a comment on that situation?

Whitney Williams: “That didn’t happen. It never happened. I was in the kitchen with her and a couple other girls. Everybody was like…They’re all talking about conspiracy theories upstairs in the HoH room, like 911 and Sandy Hook. I never once was like…Sandy Hook never happened. Never did that come out of my mouth. By the time I got upstairs they were already done talking about it. I have no idea where all this talk is coming from or why she would have said that.” 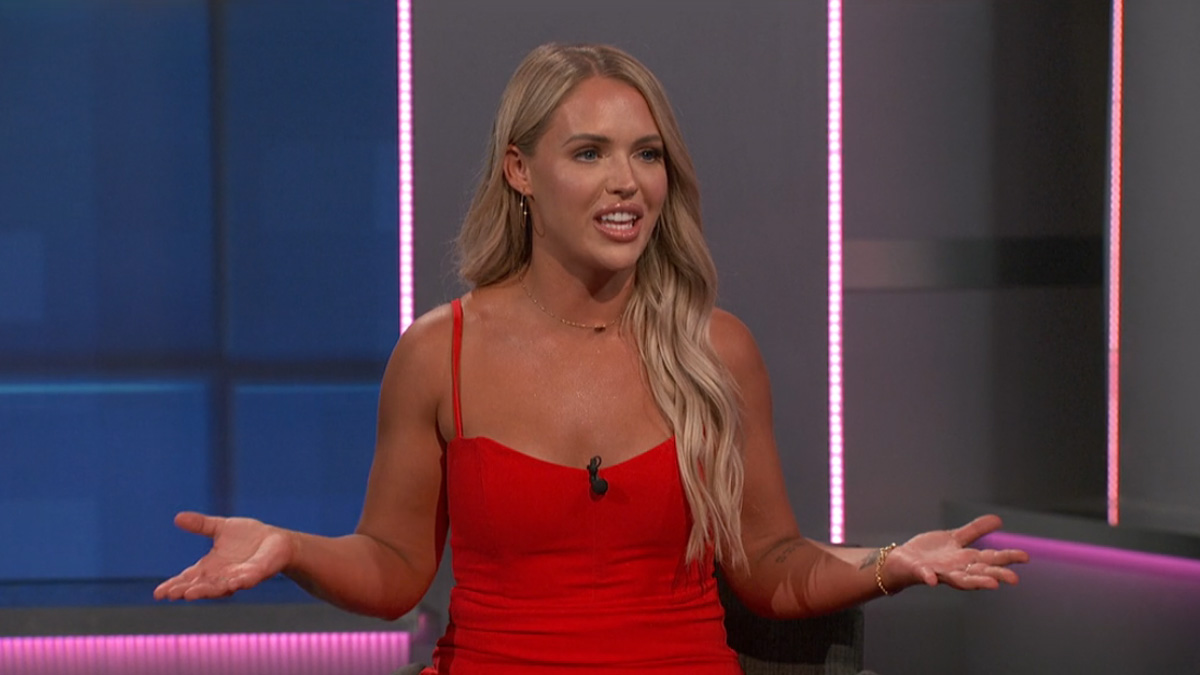 John Powell: What do you think made you a target in the house?

Whitney Williams: “I think there are a lot of different things that happened. I did have a friendship with Frenchie early on. He is a country guy. I come from the country. He is also a parent. We had a lot of connections. I really, truly wanted to work with Frenchie and it wasn’t until we got into the game that I realized this he’s very erratic and maybe not the best person to work with. I think my association with him was a huge reason for me being a target but I also made it very obvious that I am all about female empowerment. The fact that three men did go home right off the bat, why not target the girl who’s been preaching empowerment when they know I would be targeting men in the later weeks? It really does make sense especially now that I know about the alliances. I completely understand why I was nominated.”

John Powell: It must be bittersweet that you missed being on the jury but you are going home to see your friends, family. How do you feel about that and if you were on the jury who would you vote for to win?

Whitney Williams: “My goal was if I don’t make it to the final five I want to go out before jury because to be away from my children for so long would be so hard. It wouldn’t be worth it to me if I wasn’t in the final five. I want to see my babies! I am actually very happy that now is my time and now hearing about these alliances, there’s no way I would have made it much further anyway.”

“I really want Sarah Beth or Xavier to win it! I think that they’re playing intelligent games and I think they have really great connections with other people in the house. I love them both as people.”

The Final Four Has Their HoH Sep 16, 2021 Big Brother
ADVERTISEMENT