Big Brother Evicted houseguest: 'I did have the best of intentions' - globaltv
Your browser is not fully supported. We do our best to optimize our websites to the most current web browsers. Please try another browser. ×
IN PARTNERSHIP WITH

They say the road to hell is paved with good intentions and although that may be a tad bit dramatic when speaking about, analyzing Brandon “Frenchie” French and his gameplay, he readily admits that his approach to Big Brother may have been misguided. He would play very differently if he is ever given the chance again.

John Powell: Your gameplay and time in the house was very chaotic. If you were given the chance to play again what would you do differently?

Brandon “Frenchie” French: “I’ll tell you what, if my story isn’t over I’m going to play for me next time instead of what I wanted as a fan this time. You will see a whole new Frenchie then.” 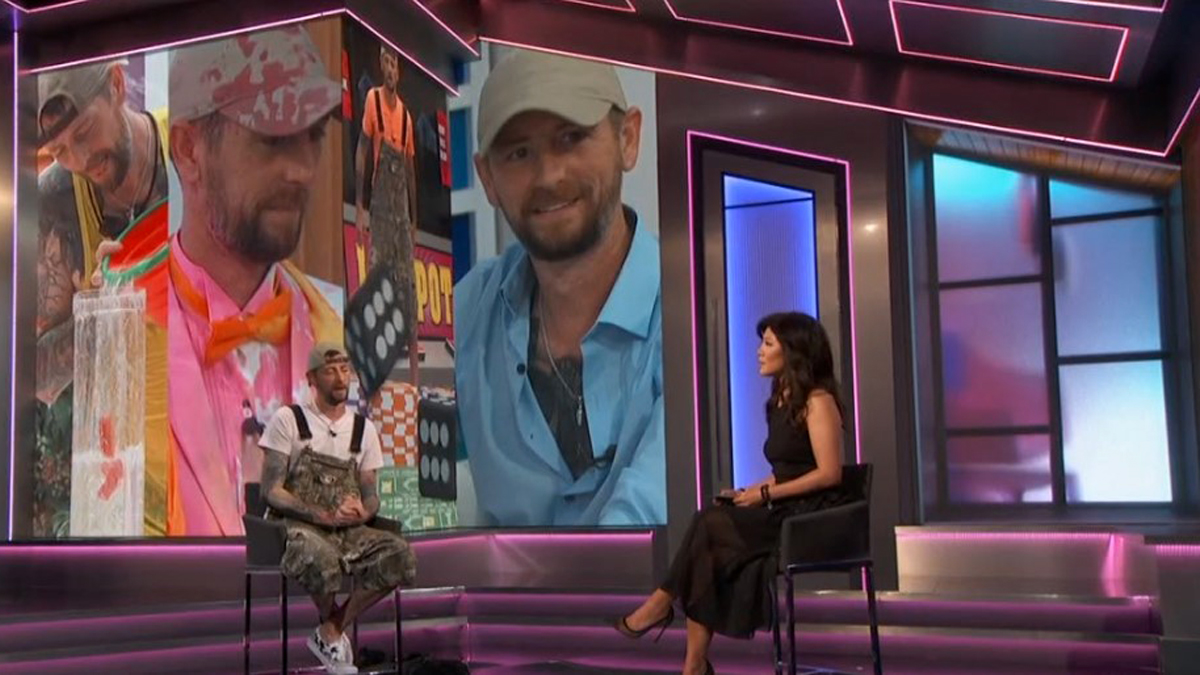 John Powell: You mentioned your family a lot in the house. What do you hope they take from your time on the show?

Brandon “Frenchie” French: “That I live my life for them and nothing else in this world is more important than my family.”

John Powell: When you were Head of Household you were very emphatic that you wouldn’t put a minority or a female in a position that they could be voted out. You then nominated Kyland and Alyssa on your HoH. Can you explain the thinking behind those decisions?

Brandon “Frenchie” French: “Sitting in that room watching those keys in front of you, you don’t realize how few people there are to nominate. My nomination pond turned into a rain droplet and I only had a select number of names and 99 percent of those were women and minorities. I knew I had an end goal for Travis. I wanted to send a message to Christian so I nominated Alyssa with the intent that she was not going home, there was no way that was happening.”

“I fully trusted Kyle and I knew that had he a good chance to win the veto. He’s a strong individual and he would have used it so I could put up Travis. I trusted him. Winning HoH, there was that twist at the end where I had to roll those dice. At that time I didn’t know what the veto was going to bring so there could have been something like that. I definitely trusted Kyle to use the veto in a way that would have helped us. That’s why he was up there. He was strictly a pawn and they were both just keeping seats for my real target, which was Travis.”

John Powell: Do you understand why the houseguests lost their trust in you over those decisions?

Brandon “Frenchie” French: “I knew it. It was a Catch-22 situation. When we walked through that door we had no idea what was going on and as things happen you have to evolve and change with the things that happen in the house. That’s exactly what I did but I knew that the endgame was the same. My endgame was Travis and regardless of how I got there, I got there. I held true to what I originally wanted. That upset people but at the end of the day, I got who I wanted.” 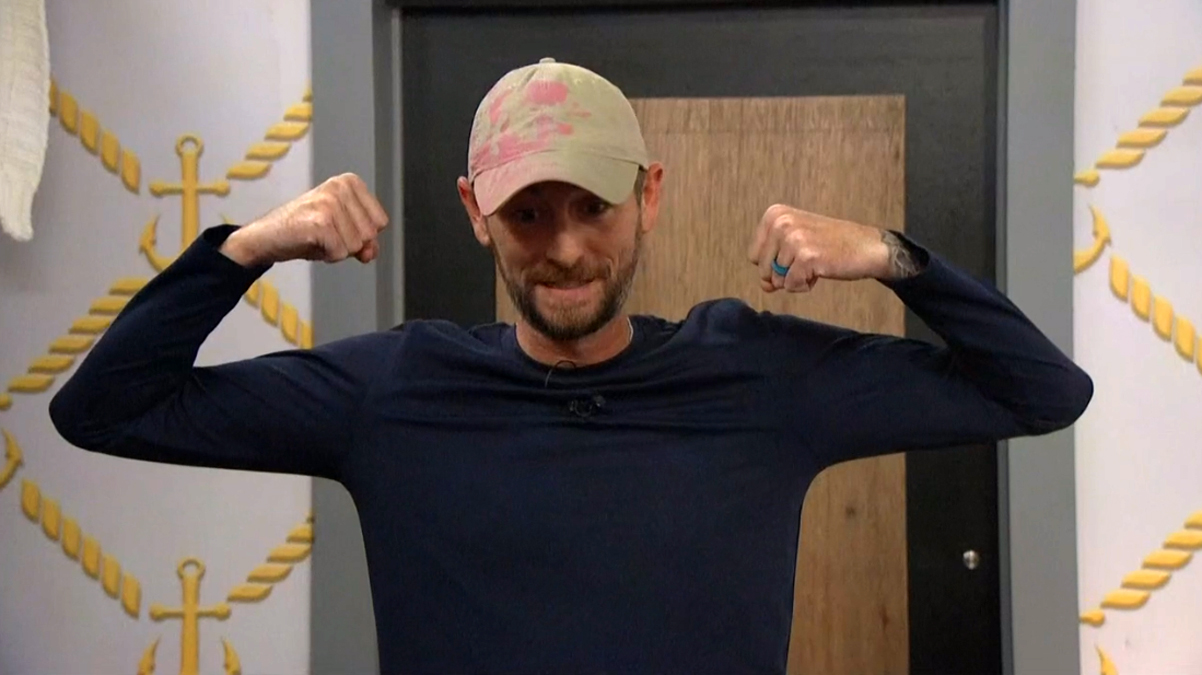 John Powell: Over the weekend we saw you speak to Derek Frazier, your closest friend in the house and you told him you wanted to quit the game. What prompted that and what convinced you to stay?

John Powell: That’s okay, Frenchie. You don’t have to discuss it if you don’t want to.

Brandon “Frenchie” French: “I had a beautiful, beautiful conversation with Azah. I believe that God put me in that house and allowed me to have my dream but in order to do that he was going to humble me for something that I had been holding onto for five years now. It’s a beautiful thing and it needed to happen. It had to happen inside of that house. In the end, I wouldn’t trade my time there for anything.”

John Powell: You have been a fan of the Big Brother franchise forever. What about the experience surprised you the most and what will you remember most about it?

Brandon “Frenchie” French: “Being able to meet different kinds of people! Growing up in the military, I never had that lifelong friend. Every year or two, we were moving around and I was forced to meet a whole new group of friends. When I met Derek Frazier I knew instantly that we would be friends forever and to me that’s the greatest experience that I can take out of this game and being splattered with paint isn’t far behind it!  Those things don’t happen every day in your life. You don’t get to experience that! To be able to go from watching on the couch and actually playing the game was amazing!”

John Powell: You tried to start a women’s alliance and after that a lot of the women expressed displeasure that a man was starting a female alliance. Looking back what are your thoughts about that? 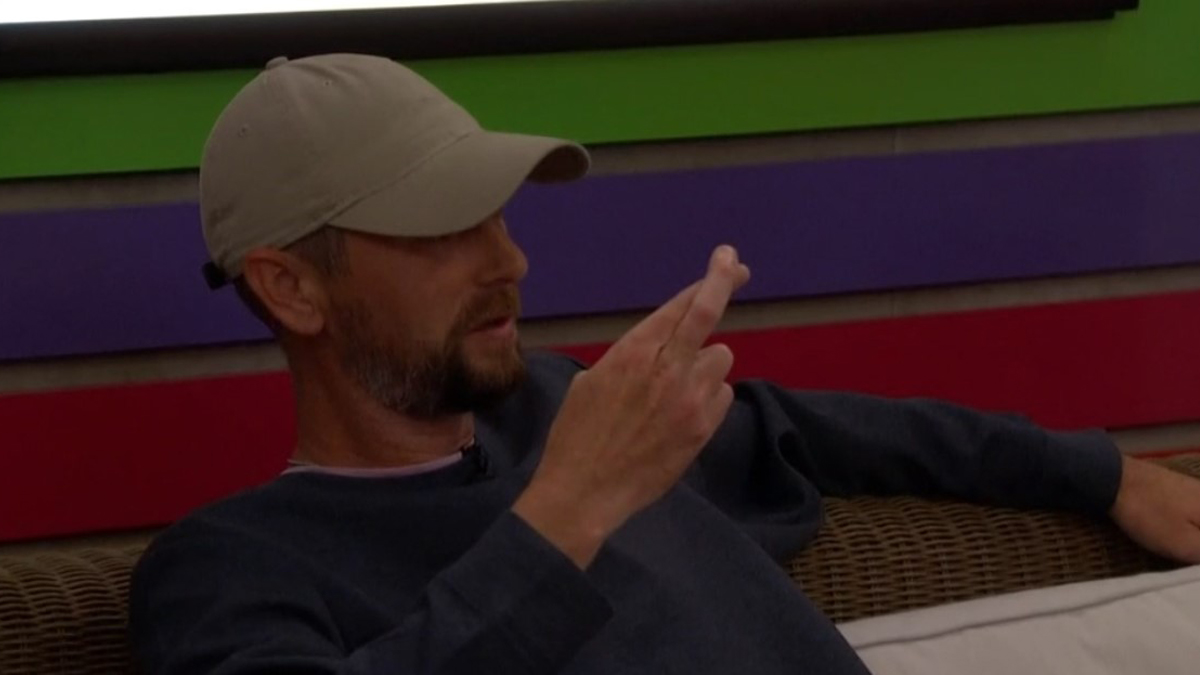 Brandon “Frenchie” French: “Hannah is definitely playing the best game, hands down. She’s super intelligent, super smart. She’s an amazing person inside and out and if they don’t watch out, she’s going to win the money. Of course I would like to see win the most is Derek Frazier but if he’s out I would love to see Hannah win. She deserves it. She’s playing super smart. The person that’s floundering I would say is Christian. He’s floating. I can tell his life experiences aren’t allowing him to actually play the game. He’s just kind of doing what he’s got to do to get by.”

Brandon “Frenchie” French: “Christian, Brent, Travis, Xavier and Derek X. Every one of them would have been out the door if I had my way. My whole goal coming into the game was to make a point week one that it wasn’t going to be like every season. I would have taken out Christian and Brent first. I adore them all as people but you know, everybody’s got to go out that door.”

John Powell: What’s next for you? What are you looking forward to?

Brandon “Frenchie” French: “My kids. My kids. I miss them so much. I’m a huge family man. I love my kids. I miss my family. I miss my parents. I miss the farm, the baby animals. Coming out of this game we’re given a platform and my biggest goal isn’t to monetize my experience. I want to create actual change in the world so if I can use this to help any charities, to help better the lives of especially children, I’m all for it.”