Dr. Will live from the Big Brother neighbour’s house - globaltv
Your browser is not fully supported. We do our best to optimize our websites to the most current web browsers. Please try another browser. ×
IN PARTNERSHIP WITH

Big Brother legend Dr. Will Kirby has settled into his abode right next door to the Big Brother house for a week of all the mirth, merriment and mayhem that he is famous for.

As he prepared to shake up the neighbourhood, we checked in with the season two winner and All-Star to see if he could reveal any more about his starring role this week.

John Powell: How is that snazzy new loft and how is Big Brother treating you?

Dr. Will Kirby: “It’s much more luxurious than I thought it would be! I won’t get into specifics but I’m doing a lot of behind-the-scenes work this week that the fans don’t know about and being on-site is an imperative part of that process.” 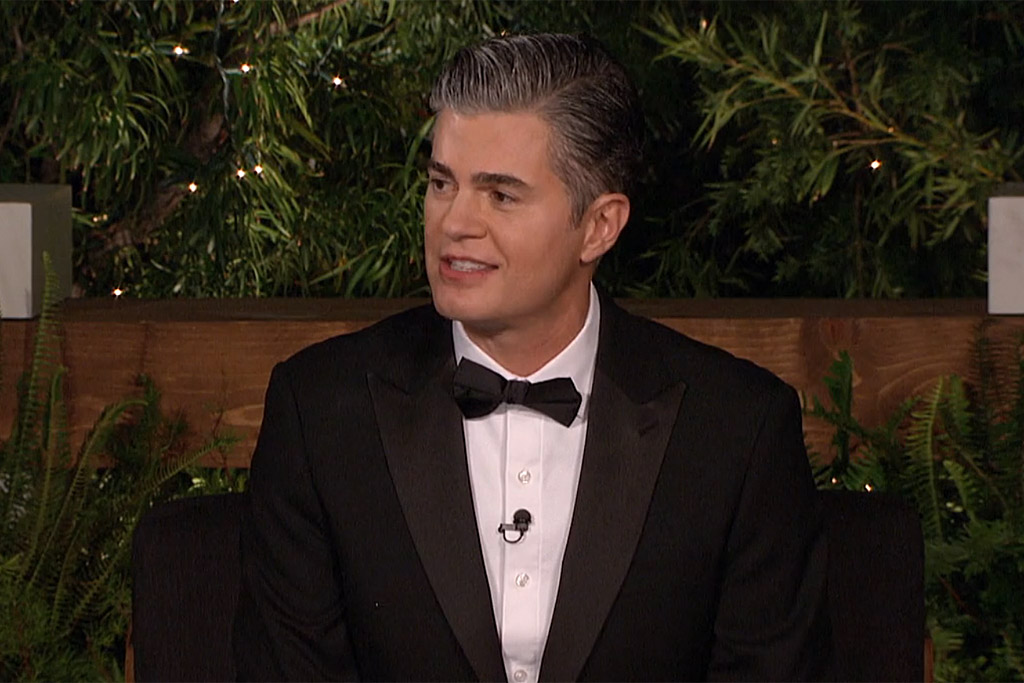 John Powell: What will your role be as the neighbor? What is your part of the twist?

Dr. Will Kirby: “All will be revealed soon but I assure you that this will be one of the most memorable weeks in Big Brother history. Monumental powers and grandiose prizes are available as well as the first ever triple eviction!”

John Powell: Can we expect you to be giving any sort of commentary on the game, players?

Dr. Will Kirby: “I don’t think it’s any secret that we haven’t seen remarkable gameplay this season thus far. And of course, that is a little disappointing. See, a lot of the early evictions were overhyped and underqualified previous fan favorites who fizzled out quickly. Don’t kill the messenger – it’s true. But there is still a lot of game left to be played and this week will change the entire course of this season!”

John Powell: Does this mean you won’t be part of the jury debate this year?

Dr. Will Kirby: “Nothing is written in stone but I don’t know if there will be an opportunity for me to lead the jury discussion this season. Social distancing and quarantine measures will likely prohibit the type of roundtable discourse we’ve had on the past seven seasons. But, rest assured, you’ll see me again multiple times this season.”

John Powell: Could you expand upon the statement you made on prizes and power when it comes to strategy?

John Powell: You are recognized as one of the best Big Brother players. Why aren’t you playing this season?

Dr. Will Kirby: “One reason I’m not playing this season because I didn’t want to leave my family. Not judging others but I personally wouldn’t leave my kids for three months – that just isn’t a message that I would want to send to them. How could I face my kids knowing that ‘dad picked unscripted television’ over them? I would never do that. Moreover, and I mean this very sincerely, I have nothing left to prove. I’m highly confident that I would have done extremely well this season and then what? I’d just have further established what we already all know to be true. So, when you write, “one of”, I must politely take exception. It well established that I’m THE best Big brother player of all time. That isn’t even a question at this point. I’ve appeared on more seasons than anyone in the history of the show. Nineteen years ago, when I won, I incorrectly assumed that other phenomenal players would rise after me. but that just hasn’t happened, yet. I’m optimistic that someone eventually will!”

John Powell: How would you rate this cast of All-Stars and the gameplay?

Dr. Will Kirby: “It is way too early to rate this cast. The weak players have been culled from the herd and I’m of the opinion that the real game is just starting this week!”

John Powell: What circumstances would bring you back to play Big Brother again?

Dr. Will Kirby: “A player would have to emerge that was so interesting that I think a real competition could be had. Right now, I sincerely don’t believe that there is a Big Brother player that could draw me back in. So, maybe if there was a world edition I would consider playing.”

John Powell: There was a lot of talk of this season about pre-game alliances? What are your thoughts on that?

Dr. Will Kirby: “The pre-game alliances undermine the spirt of Big Brother and ruin the viewer experience. I’m not going to get into details but those responsible should be ashamed of themselves. There is real honor in silence and trying to manipulate the game while not even playing is the definition of cowardice. No one likes a snitch.”

John Powell: Without getting into details why have hard times befallen so many previously Big brother players, especially previous winners? Is there a Big brother curse?

Dr. Will Kirby: “Whoa! I’m not touching that! But please don’t lump me in with those losers! Next question!”

John Powell: What did you think of Janelle and Kaysar returning to play again?

Dr. Will Kirby: “Both are really nice people. Really nice! But one might argue that time has passed them by. Correct me if I’m wrong but I don’t think either of them made it to the jury in the past 15 years. There are viewers watching today that weren’t even born the last time those two did well on Big Brother but maybe they’ll do well the next time they play! ”

John Powell: Are there lessons that you learned in the Big brother House that you use in your career today?

Dr. Will Kirby: “Playing a competition-based reality television game is infinitely easier than navigating the world of aesthetic dermatology but the underlying concepts are primarily still the same: As the Chief Medical Officer of the nation’s leader in aesthetic dermatology, LaserAway (www.laserAway.com) I’m unbelievably loyal to my alliance and I always put a premium on business strategy. While the main focus is of course providing patients with safe and effective treatments, I still have to deal with trifling, amateurish vendors as well as begrudging competitors but we just vote them out and it’s always a blindside.” 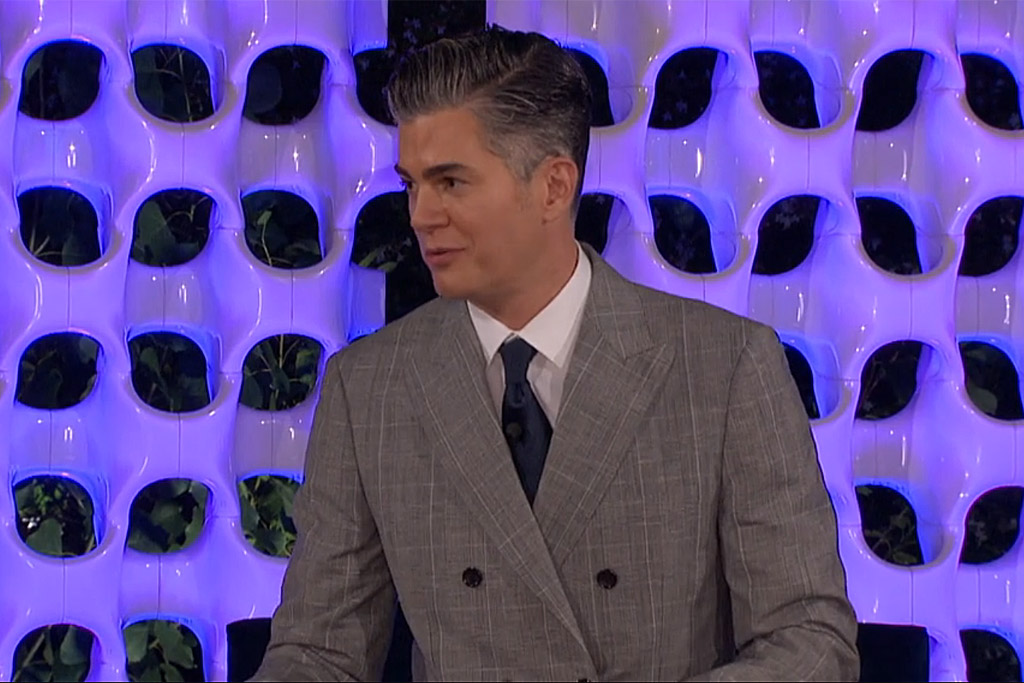 John Powell: Any thoughts on the Big Brother fans themselves?

Dr. Will Kirby : “They are the most fervent group of people in the world and bipolar as well in that they either love you or hate you. There is no in-between. Some appreciate Big Brother and value the content provided while others are unbelievably angry and want to shame the players and the show. It’s my contention that the way a fan perceives the show is ultimately a reflection of how he or she views him or herself. A fan who enjoys it is typically a person who rollicks through life and a fan who is enraged by it are often pretty miserable with a lot of self-loathing. All I care about is that they are entertained. But it does raise a question: If you hate the show, and you hate the houseguests and you hate Julie Chen and you hate the producers and you hate the live feeds and you hate the games and you hate me… well, why are you watching? Might be time to put down the remote control, delete your Twitter account and try some meditation. It’s just a reality TV show, people!”

John Powell: Since you arrived just in the nick of time, what did you think of Da’vonne’s exit speech last night?

Dr. Will Kirby: “She clearly has a passion and it’s unfortunate that it was quelled this early in the season but the good news is that I think it puts her in good contention to win America’s Favorite Player.”

John Powell: What one phrase would encapsulate strategy or approach if you were a houseguest on Big brother All-Stars right now?

Dr. Will Kirby: “Over thirty, a little flirty, playing dirty.”